The holidays are about spending time with family and friends, and what better way to enjoy a night out in the city than to catch a show at the Stanley Theatre? The Arts Club presents Mary Poppins from December 5th until January 4th bringing P.L. Travers’ writings and the popular Disney movie to life on stage. 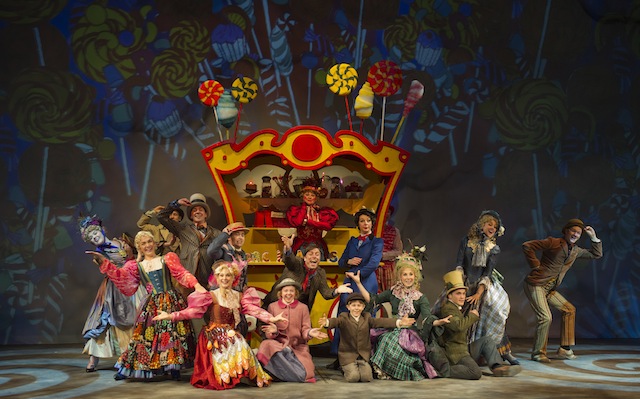 2013 cast of Mary Poppins. Photo by David Cooper, courtesy of The Arts Club

Practically perfect in every way, the tale of everyone’s favourite magical nanny will sweep you off your feet.

Watch Mary Poppins (Sara-Jeanne Hosie) fly over the rooftops of London once again this holiday season and feel like a kid again. Remember, anything can happen if you let it. This family musical based on the writings of P.L. Travers and the popular Disney film features the unforgettable songs “A Spoonful of Sugar,” “Chim Chim Cher-ee,” “Supercalifragilisticexpialidocious,” plus some catchy new ones. Practically perfect in every way, the tale of everyone’s favourite magical nanny will sweep you off your feet. Original music and lyrics by Richard M. Sherman and Robert B. Sherman
Book by Julian Fellowes. New songs and additional music and lyrics by George Stiles and Anthony Drewe. Co-created by Sir Cameron Mackintosh.

Disney and Cameron Mackintosh’s Mary Poppins will be on the Stanley Industrial Alliance Stage (2750 Granville St, Vancouver) from December 5th, 2014, to January 4th, 2015. Tuesdays through Saturdays at 7:00pm, and Wednesdays, Saturdays and Sundays at 1:00pm. Tickets start at $29, inclusive of taxes and fees. Call the Arts Club Box Office at (604) 687-1644 or book online.

The Arts Club has offered up two pairs of tickets (value $144 each) to the December 10th performance at 7:00pm for me to give away. Here’s how you can enter to win:

RT to enter to win tickets to @TheArtsClub’s Mary Poppins from @Miss604 http://ow.ly/EWP9I

Follow The Arts Club on Facebook and Twitter for more information about Mary Poppins on stage and other performances this season. I will draw two winners at random from all entries at 12:00pm on Wednesday, December 3, 2014. Each winner will receive a pair of tickets to the December 10th performance exclusively.

Update The winners are Kristy and @MomToSons!