To celebrate the third Vancouver Biennale of Public Art, running 2014-2016, I wanted to shine the spotlight on a few more legacy pieces that you can find around Vancouver such as my previous features, A-Maze-Ing Laughter, Echoes, and 217.5 Arc x 13′.

There are many things that catch a photographer’s eye down at English Bay, from waves lapping at the seawall and dreamy orange sunsets, to the Inukshuk statue and that one tree that’s always covered in lights around Christmas time. Another frequently-photographed subject is Engagement by Dennis Oppenheim, making these giant rings today’s Vancouver Icons photo feature: 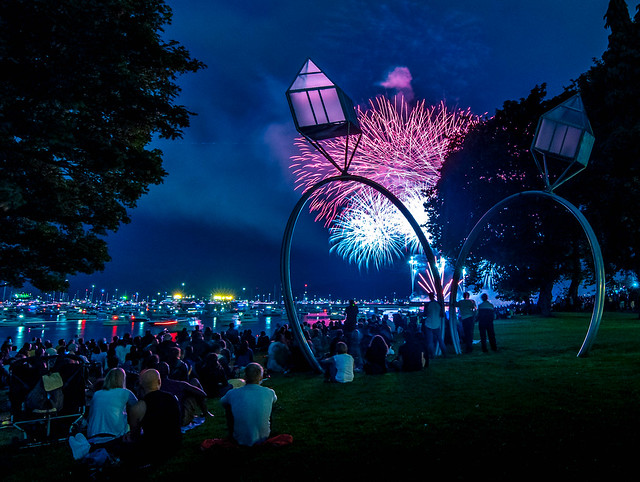 The two rings, with plexiglass houses in the place of diamonds, rise to about 30 feet and were originally placed along the seawall close to the entrance to Stanley Park. Today they can be found on the grassy slope beside Sunset Beach and as you can imagine, this has become a popular spot for a romantic picnic, proposal, and even outdoor weddings. Engagement was initially installed as a part of the Vancouver Biennale in 2005, coinciding with same sex marriage debates taking place in Canada at the time. 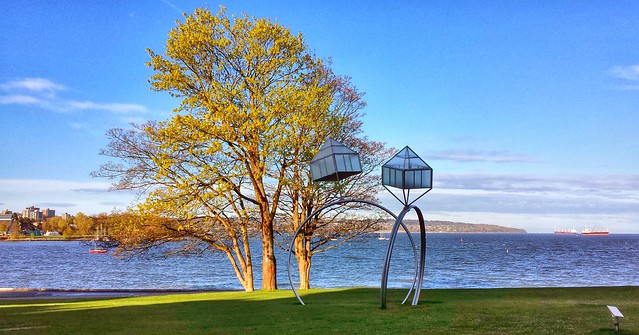 “As a commentary on the precarious balances in marriage, that of the romantic, traditional, economic and the illusions inherent in the institution, the meaning of Engagement is intentionally open-ended. Oppenheim often declines to interpret or explain his work, leaving the interpretation to the viewer.” 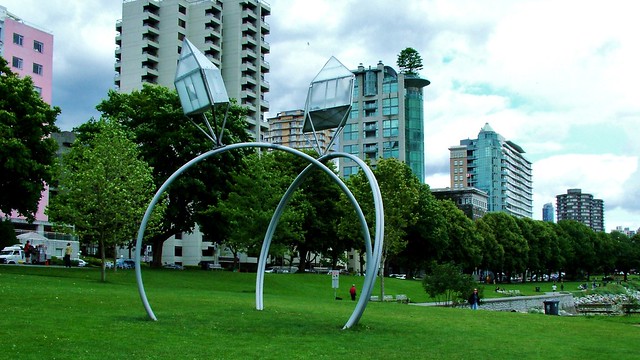 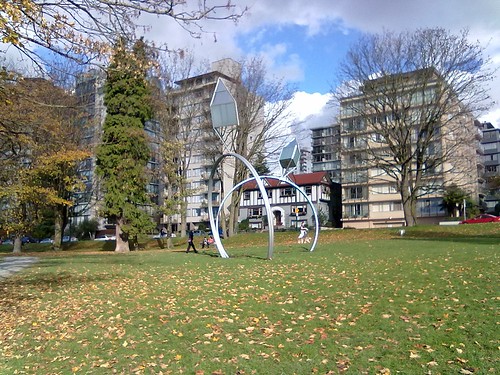 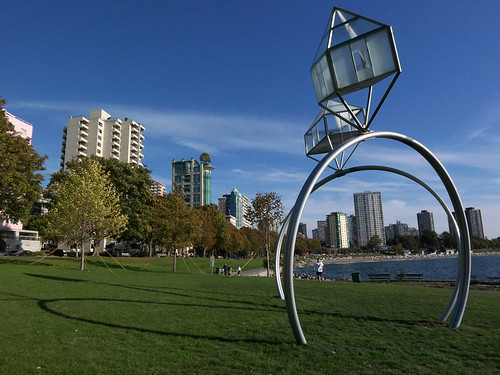 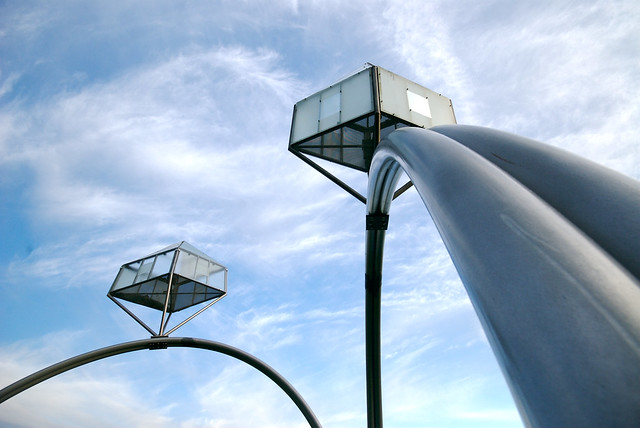 You may recall Device To Root Out Evil (aka the upside down church) that used to be in Coal Harbour, which was also one of Oppenheim’s pieces. It too was installed during the 2005-2007 Vancouver Biennale but had its share of controversy, moving to Calgary’s Glenbow Museum in 2008. Engagement will live on in Vancouver as it was purchased by the Vancouver Biennale as a legacy piece for generations to enjoy. 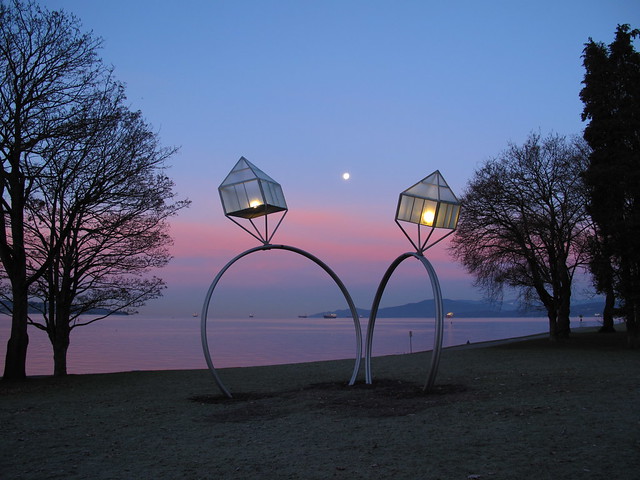 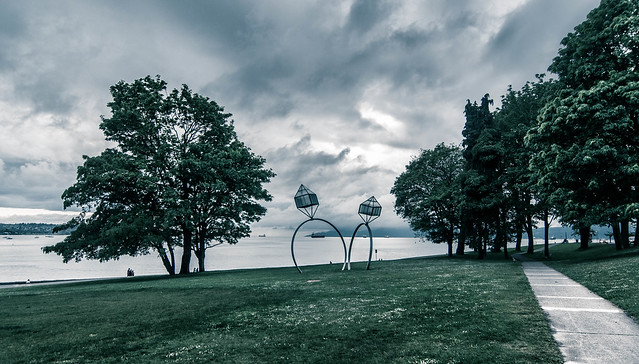 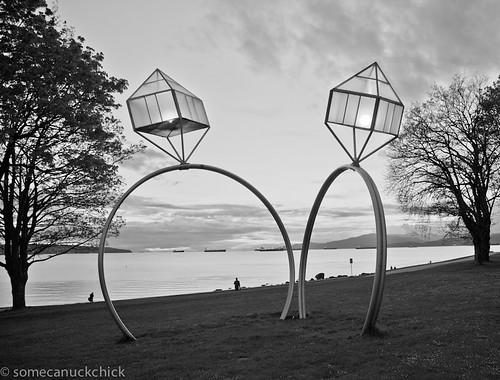 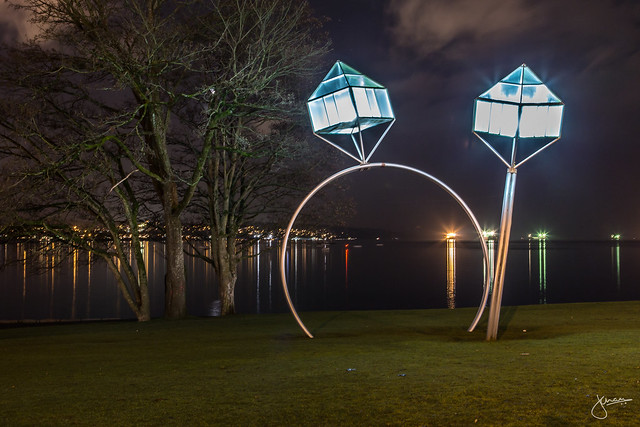 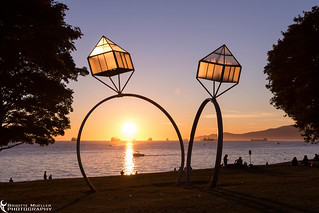 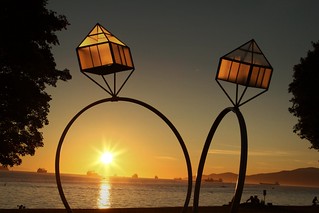 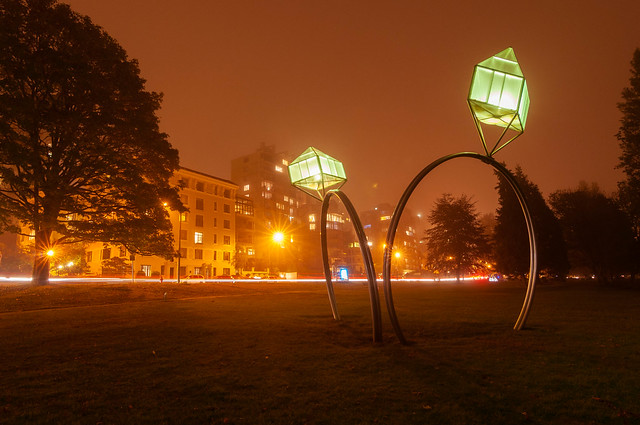 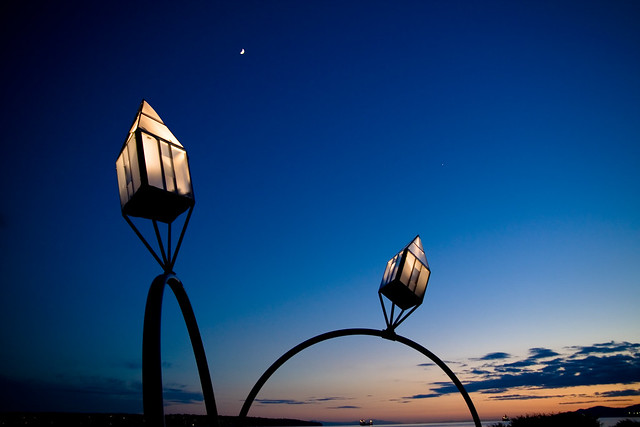