Jason Mraz is celebrating the release of his hugely anticipated new album, “YES” by embarking on a new tour that will stop in Vancouver on Thursday, October 23, 2014. 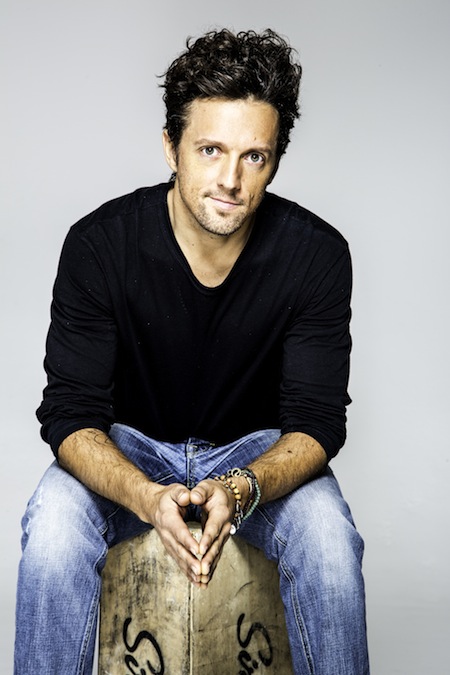 “YES” is highlighted by the first single, “Love Someone,” the album – which finds Mraz teaming up with his longtime friends, Raining Jane – is streaming now in its entirety via iHeartRadio.

The multi-GRAMMY® winning singer / songwriter has also announced the North American leg of his upcoming “YES!” world tour, slated to visit an array of legendary venues around the planet through 2014 and beyond. The dates – which feature backing from “YES!” collaborators, Raining Jane – get underway with a three night stand at his hometown’s historic San Diego Civic Theater, set for August 21st, 22nd, and 23rd. Mraz then continues the tour, choosing to perform in small venues and theaters with several multi-day residencies through November (see attached itinerary). Mraz will also find time to visit Europe, where he is set to appear in such historic theatres and concert halls as London’s Royal Albert Hall, Paris’ Casino de Paris, Amsterdam’s Royal Theatre Carré, Frankfurt’s Alter Oper, and Hamburg’s Laeiszhalle. Asian and Australian tours are also scheduled for later this year, with South America slated for 2015.

Jason Mraz is also dedicated to various causes and when I saw him at We Day in 2009 he made a very good point: “There’s something about music. When you put a message with a melody it seems to travel so much further.”

If you would like to see him live in concert, I have a pair of tickets for the show to give away thanks to Live Nation. Here’s how you can enter to win:

RT to enter to win tickets to see @jason_mraz in concert from @LiveNationWest + @Miss604 http://ow.ly/zcv5E

I will draw one winner at random from all entries at 12:00pm on Tuesday, July 22, 2014. Follow Live Nation on Facebook and Twitter for all the latest Vancouver concert event information.

Also on Miss604.com
« Sensitive Skin on HBO Canada
Stanley Park From Above »