This post has been contributed by Don Enright, Volunteer and Past President with the Stanley Park Ecology Society (“SPES”). I have been following SPES since I moved into the West End almost a decade ago and I have been a member for two years. I wanted to offer the team an opportunity to share their news, events, and work so I have created “SPES Saturday” where they will be contributing stories with my audience once a month.

Ah, Valentine’s Day: the first rite of spring, when our fancy turns to thoughts of courtship and romance. In Stanley Park, we’ll be celebrating the occasion with a special guided walk with historian extraordinaire Jolene Cummings. She’ll help us explore the park’s history as a gathering place for lovers through the years. There’s a lot of stories to tell in that department, as you can imagine, and Jolene weaves a great tale.

In Stanley Park, it’s not just the two-legged creatures who are seeking out romance. Love is in the air all around us in spring, and the birds and the bees (and mammals and trees) take advantage of our mild spring weather to go about the hard work of making babies. It’s a great time to visit the park. 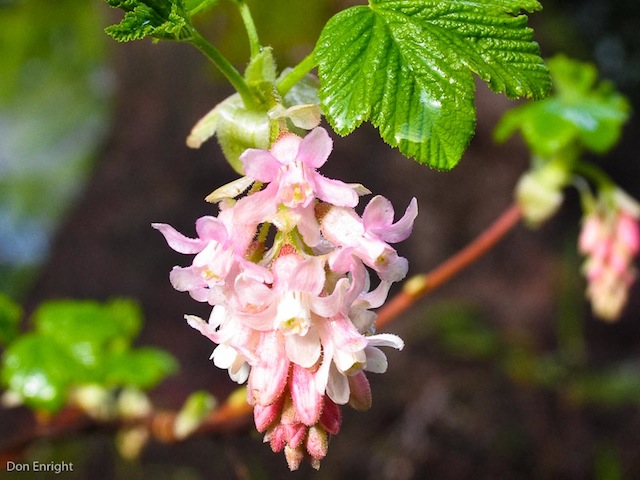 One of my favourite sights of early spring is the glorious bloom of the red-flowering currant. These show-stoppers not only offer good cheer (and great snapshots) to park visitors; they also offer nectar and pollen to a number of animals who really need them early in the season. Stop by a currant bush in March and you might see a rufous hummingbird, recently arrived from Mexico, fueling up on nectar. Now, these currant bushes aren’t just offering free food out of the goodness of their little green hearts. It’s all about romance, of course. Currant bushes can’t pick up their roots and go out on dates, so they rely on intermediaries like hummingbirds to get the job done. As the hummer gets its nectar, a wee bit of pollen is brushed off on it, to be delivered to the next flower. It’s a match made in heaven: hummingbird gets nectar, flower gets pollinated. Boom. 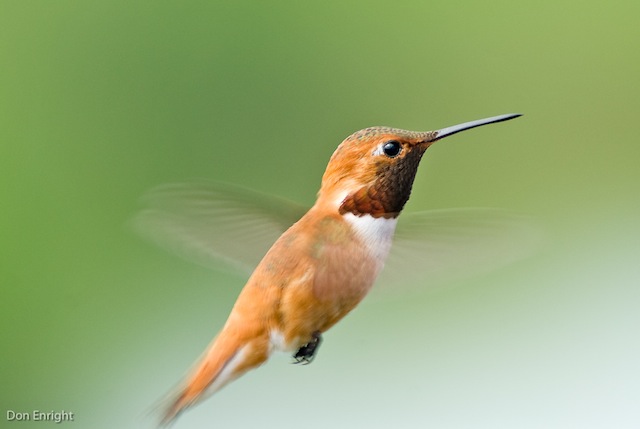 And if you get a bit closer to our red-flowering currant, you’ll discover that it’s not just the hummingbirds lined up for a snack. Many species of native bees also get in on the action, quietly buzzing in and around the currant bushes in search of both nectar and pollen to pass on to their own young ones. 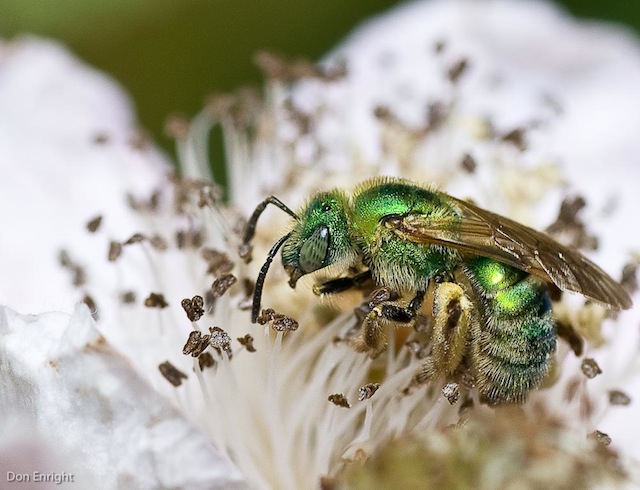 By “native”, I’m taking about the many species of bee in Stanley Park that live simpler, quieter (or at least less social) lives than the introduced honey bee. Stop by our Native Plant Demonstration Garden and you might see mason bees, valuable pollinators, buzzing between the currants and the wee bee condos that our volunteers have placed there. (They also nest in the nooks and crannies of the Stanley Park Pavilion).

If you’re a keen bee-watcher, keep your eyes peeled for a green sweat bee, like the one I captured here at English Bay Beach. You won’t find these guys in great busy hives, fussing over a queen or tending to their larvae day after day. No, their social lives are pretty simple. Female sweat bees tend to bump into their mates at work; that is, while they’re gathering pollen. After a brief moment of passion, she’s on her own again. She deposits her bees-to-be in a series of tunnels that she digs in the forest floor. With each egg, she leaves a dab of pollen—enough to get them by until they’re independent—and then buzzes good-bye. The mason bees have a similar routine, but instead of tunnels in the ground, they burrow them in wood (or in the tunnels of condos that people provide), adding a dab of mud to seal up a wooden tunnel with the egg and pollen inside, just to keep them safe. 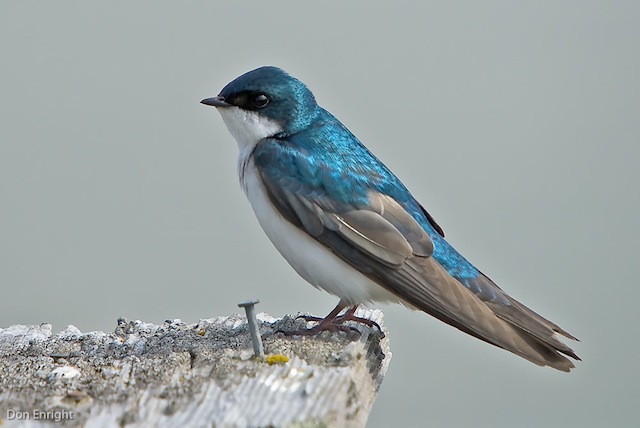 Just above the bee condo, tree swallows wheel and dive, doing their best to deplete the condo’s membership. A number of birds have figured out that these bee colonies can be a good source of free eats. Do the bees fight back? Well, our native bees do have stings, albeit weak ones, but any swallow worth its salt can bomb in and nab one before the bee even knows what’s happening.

Swallows have their own romantic lives that are a bit spicier than you might think. Birds have long been thought of as paragons of traditional family values, but it’s not always so simple. Recent studies of tree swallows show that, while they do pair up, settle down and work hard to raise a brood of young, chances are that at least one of the eggs is fathered by somebody other than the female’s partner. That’s right: when he’s distracted, she steps out and gathers a little genetic material on the side. She’s just hedging her bets: her partner may be a great provider but have less-than-perfect genes. By mixing things up a bit, she gets the best of both worlds. 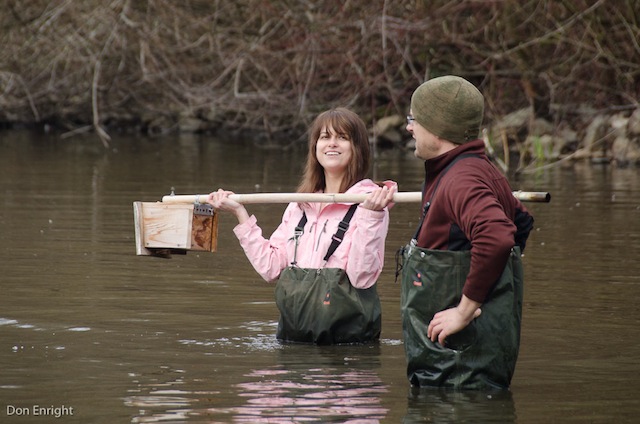 Birds, bees, flowers, trees, and great guided history walks… there’s so much happening in early spring, so why not make plans to shake off your winter doldrums with a walk in the park? We look forward to seeing you.

Share24
Tweet
Share
Pin
Email
Reddit
WhatsApp
24 Shares
Current Contests on Miss604
*All contests are open to residents of Canada only, unless otherwise stated. Contest timelines are published on each individual post along with entry methods. Some contests may only be open to those 19 years of age and older. Winners are announced on the contest blog posts. Contest policy »
Comments are closed on this post
Advertisement