Pepsi is launching Pepsi Next in Canada, naturally sweetened with sugar and stevia, delivering the great taste of Pepsi but with 30 per cent less sugar and calories than Pepsi. It contains no artificial sweeteners.

The first chance for Canadians to sip and savour Pepsi Next will be right here in Vancouver at the NHL Heritage Classic on Sunday, March 2, 2014. Pepsi is the official soft drink of this exclusive hockey experience and they would love to share some sweetness with one lucky Miss604 reader. 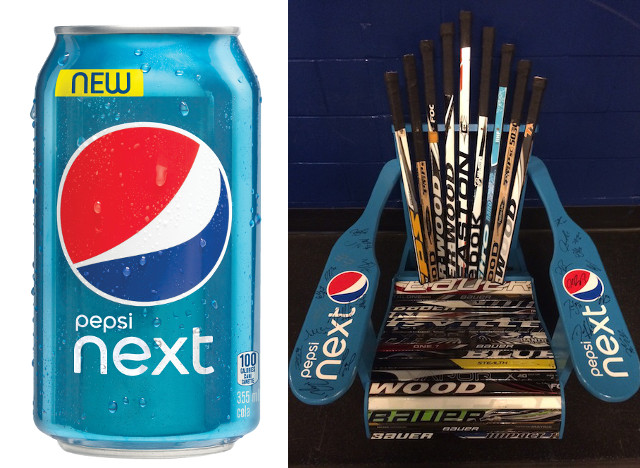 Pepsi Next wants to give you a couple of really sweet seats. The first is a pair of tickets to the NHL Heritage Classic. The second is pretty epic as well, it’s a Muskoka chair made of hockey sticks and signed by some of your very own Vancouver Canucks — and you get the take that seat home with you.

Here’s how you can enter to win both of these prizes:

Follow Pepsi Canada on Twitter for the latest Pepsi Next information and to learn more about their support of the NHL Heritage Classic.

Since the big event is coming up on Sunday, this will be a very quick contest. I will draw a winner tomorrow, Saturday, March 1, 2014 at 11:00am. The winner will have until 5:00pm on Saturday to confirm/claim their prize otherwise a new winner will be drawn.

Update The winner is LINDA! (comment at 7:20am today)