It’s Family Day in BC and White Spot is known across the province for its legendary burgers, seasonal menus, value packages, and of course those lovable Pirate Paks. 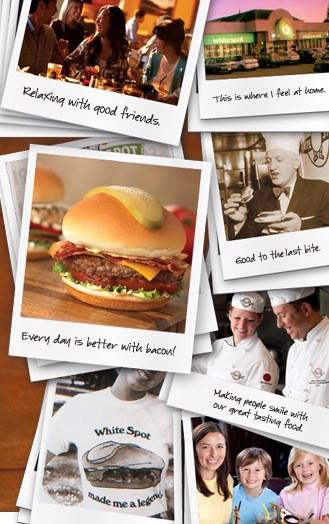 One of my favourite memories when I was growing up in the Lower Mainland was going for an afternoon drive with my family. We’d pile into our van and my dad would plot a course to park, playground, beach, or historic site — it was always quality time spent playing and learning together.

When it was time to head home, on occasion, we would get a very special treat: a stop at the White Spot Drive-In. If it was after lunch we would forgo the Pirate Paks and order pie and milkshakes, which would wobble precariously on the long car-hop tray sliding across from driver-side to passenger windows. Cheeks rosy red from playing outside, bellies full of blueberries and whipped cream, and nodding off just enough that I would get carried inside the house when we got home. That’s my kind of Family Day.

You can share your own White Spot memories online here.

To celebrate Family Day, White Spot is offering one of my readers a $100 gift certificate and 4 vouchers for tickets to any remaining regular season Vancouver Giants game this season. Here’s how you can enter to win:

RT to enter to win a @White_Spot #FamilyDay prize pack from @Miss604 http://ow.ly/ttzUZ

Follow White Spot on Twitter and Facebook to learn about their latest menu offerings. I will draw one winner at random from all entries at 12:00pm on Friday, February 14, 2014.