I love the pictorial history of Vancouver and Seize the Time: Van­cou­ver Pho­tographed, 1967–1974 is one of the most unique reads of its kind. While even my collages of photos from the City of Vancouver Archives often reach back a century, Vladimir Keremidschieff’s images highlight a very unique time in Vancouver’s not-so-distant past. 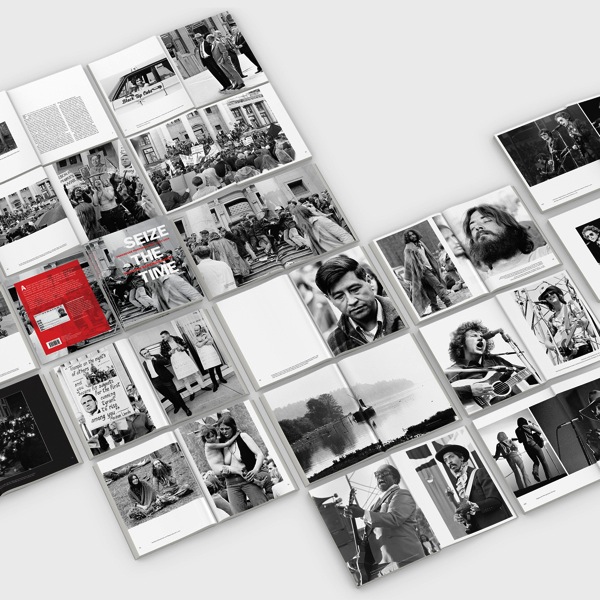 Starting as a freelance in 1967, Vladimir Keremidschieff photographed rock concerts, protest demonstrations, and sometimes street scenes and ordinary people for the Vancouver Sun, the Province, and the Georgia Straight. Toward the end of his seven-year stint, he was going down to Seattle to shoot more of the same, and never returned to Vancouver permanently. He now lives in Australia. The images in Seize the Time — the phrase comes from placards carried in a 1970 protest in support of abortion rights and Black Power — recall a much smaller Vancouver of a much simpler age that was nonetheless far more exciting than the present.

George Fetherling of The Georgia Straight writes: “The photographs are generally interesting qua photographs, full of visual information and social history, with figures frozen in stillness or captured in frantic motion. Depending on your actuarial circumstances, they are either an aid to nostalgia or a handy crash course in a period of history that is quickly receding from memory.”

The images are all in black and white, for intended publication in newspapers at the time, and Keremidschieff shares insightful notes throughout the book. He captured Pierre Elliott Trudeau, then-mayor Tom (Terrific) Campbell, Eric Clapton, Bob Dylan, and more.

Update The winner is Jason Gallant!