After receiving rave reviews for their season opener Tilt (including glowing remarks from my guest contributor Michelle Kim), Ballet BC’s ready to take on their second show of the season, presenting Fumbling Towards Ecstasy with the Alberta Ballet from November 14th to 16th. 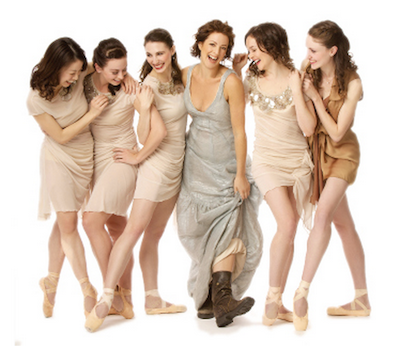 This Grammy, Juno and Gemini Award-winning artist, who has sold more than 40 million recordings worldwide and raised more than $7 million for charities, is the perfect continuation to the company’s exciting series of portraits of living music icons. Fumbling Towards Ecstasy “…shimmers in beauty…” says the Globe and Mail and traces the deeply spiritual odyssey of a woman’s life from first romantic encounter to mature love.

The Alberta Ballet talent includes choreographer Jean Grand-Maître, sets by Scott Reid, costumes by Paul Hardy, projections by Adam Larsen, lighting by Pierre Lavoie, and sound by Claude Lemelin along with the music of Sarah McLachlan.

All performances of Fumbling Towards Ecstasy will take place at the Queen Elizabeth Theatre at 8:00pm. If you would like to attend, I have a pair of tickets to give away. Here’s how you can enter to win:

One contest winner will be drawn at random from all entries at 12:00pm on Thursday, November 7, 2013 and will receive tickets to the performance on November 15, 2013.

Update The winner is Tamikko!

Also on Miss604.com
« November Events in Metro Vancouver
This Month in History: November »