The Vancouver Writers Festival is celebrating its 25th anniversary this year with its biggest line-up to date on Granville Island from October 16th to 21st, 2012. Over the course of six days the festival will host 77 events with a variety of panel discussions, interviews, musical collaborations, and more. 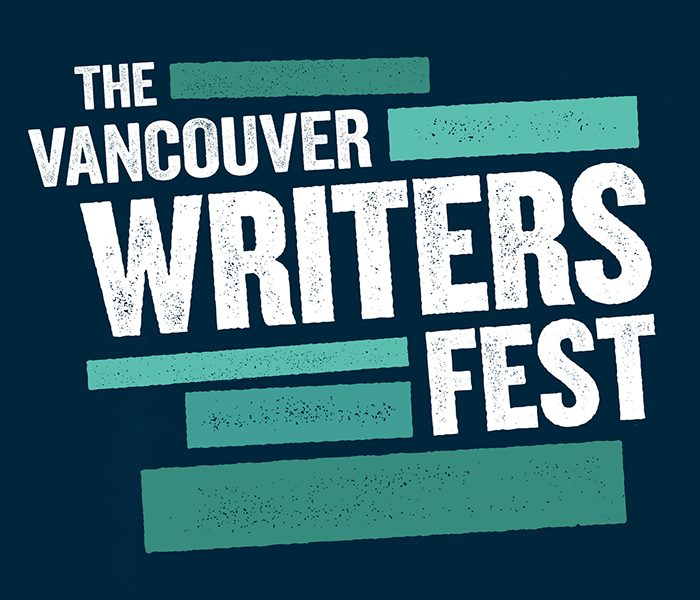 Tickets are currently on sale for the festival and can be purchased online, by calling 604-629-VTIX (604-629-8849), or in person at the Writers Fest box office on Granville Island at 1398 Cartwright Street.

This is such a neat initiative. Project Bookmark Canada is a charity that places text from stories and poems in the exact physical locations where literary scenes are set — on plaques that look like big bookmarks. There are 10 bookmarks around Ontario and a few have been unveiled in Newfoundland. Vancouver’s first bookmarks will be placed in Chinatown at the intersection of Pender and Gore with a passage from Wayson Choy’s novel The Jade Peony in both English and Mandarin. The unveiling will take place Monday October 15th, leading up to the festival.

Storyteller Ivan Coyote has a reputation for swinging her audience from hysterical laughter to tears in the space of a few paragraphs. England’s Lemn Sissay is an official Olympic poet, whose landmark poems engage readers on the streets of Manchester and London. C.R. Avery, beatbox poet, harmonica player, raconteur and one-man band, has performed throughout the world and recorded more than 15 albums. Be moved. Be amazed. Be there.

If you would like to attend Spoken World at the Vancouver Writers Festival I have a pair of tickets up for grabs. Here’s how you can enter to win:

I will draw one winner at random from all entries next Friday, October 12, 2012 at 12:00pm. Follow the Vancouver Writers Festival on Facebook and Twitter for more event information.

Update The winner is Lyn!