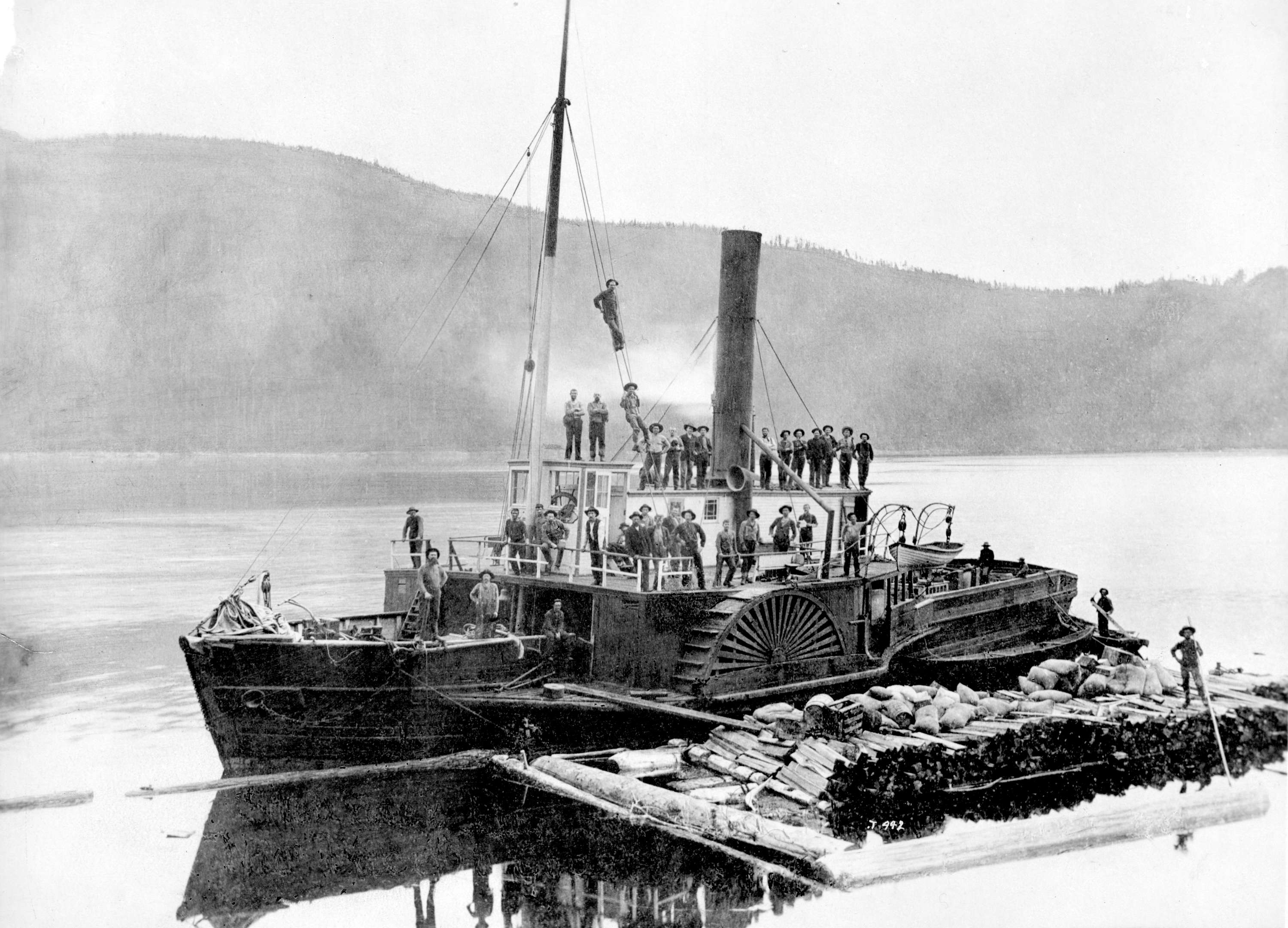 The Beaver left England, where she was built at Blackwall, in October 1835, got here in April 1836, after a six-month voyage around the Horn. (No Panama Canal at the time!) She was a rather sizeable vessel: 31 metres or 101 feet long, with a crew of 26, and coming in at 190 tons. She became a very familiar sight on the coast during much of the 19th century. [Chuck Davis – Vancouver History]

While in BC the Beaver became a floating trade post for the Hudson’s Bay Company.

When the Oregon Treaty was signed in 1846, establishing the boundary between the United States and Great Britain’s Canadian territories, Beaver’s homeport was relocated to Fort Victoria (Victoria). After 17 years, the Hudson’s Bay Company brought in a second, more powerful propeller steamship (Otter) and Beaver was used to transport passengers and cargo for a few years and then sat idle. It was then chartered by the Royal Navy under the command of Lt Daniel Pender and was used to chart the British Columbia coast from 1863 to 1870. It was sold to a consortium that became British Columbia Towing and Transportation Company in 1874 and towed barges, log booms and sailing vessels. [Vancouver Maritime Museum] 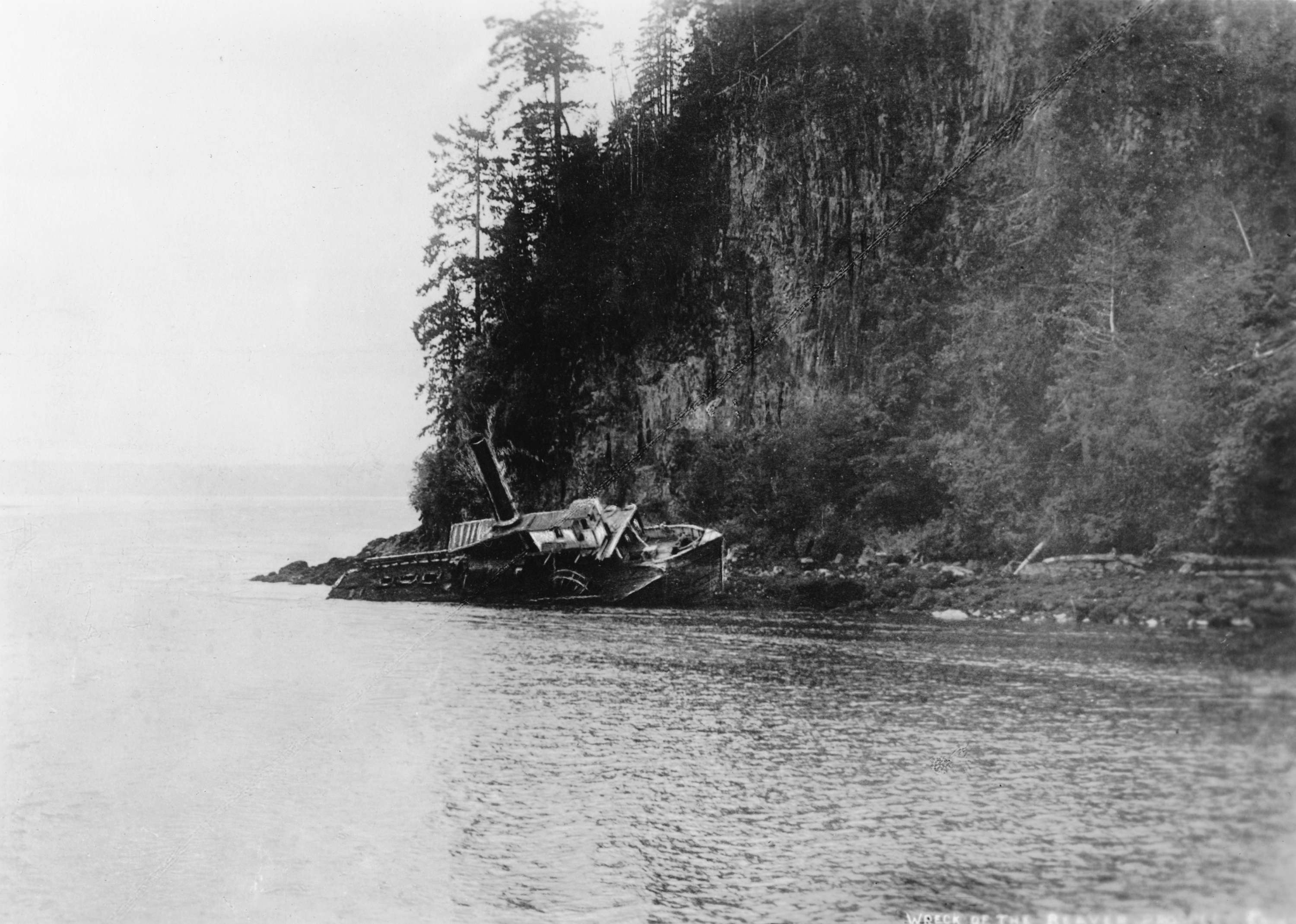 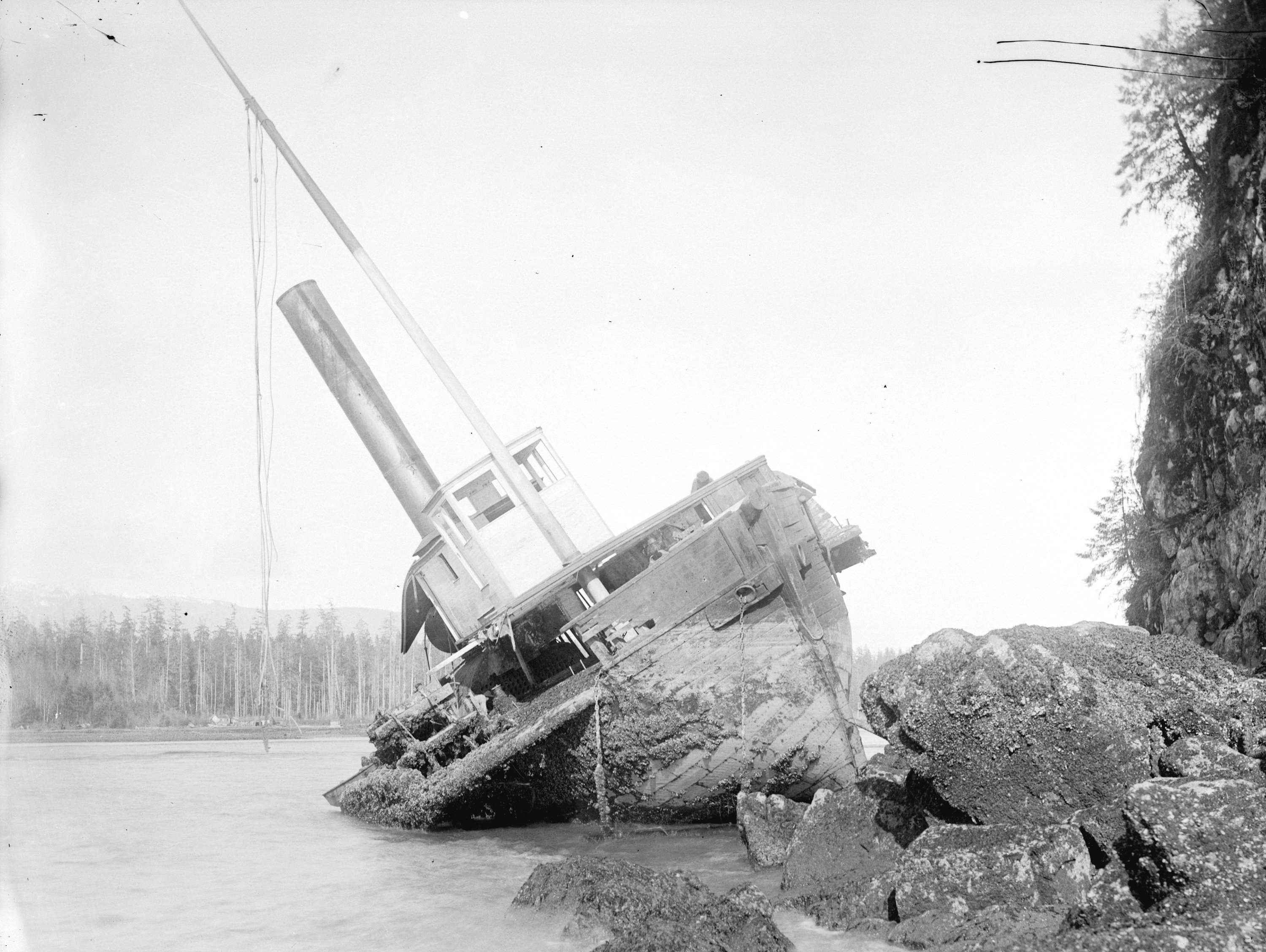 In later years the Beaver became known as “The Wreck” after it ran aground at Prospect Point (referred to as “Calamity Point” in those days). The rocky demise capped off 52 years of service.

The wreck became a popular Sunday picnic destination for many Vancouverites, often removing pieces for souvenirs. Charles McCain removed about 500 kg of bronze and copper fittings he later turned into memorabilia such as coins, key chains and jewelry. The ship’s boiler and paddlewheel shafts were salvaged and the hull finally broke apart in 1892. The wreck site is currently used to train divers in underwater archaeology techniques.[Vancouver Maritime Museum]

You can learn more about the S.S. Beaver at the Vancouver Maritime Museum in Kitsilano where they have an exhibit featuring the Beaver’s anchor, paddlewheel shaft, and boiler. You can also find the Maritime Museum on Facebook and Twitter.