Cycling all 8.9 kilometers of the Stanley Park Sea Wall is just the thing to do when you visit or live in Vancouver. Cyclists on one side, pedestrians on another, rotating in counter-clockwise fashion. Tandems, unicycles (we caught a few of these the other day), cruisers, mountain bikes, and rollerbladers who hover somewhere in the middle of the divided path. The Vancouver Park Board is currently updating its Stanley Park Cycling Plan and they would like your input. “The vision of the Cycling Plan is to create a cycling network where it is safe, comfortable, and convenient to cycle to and from Stanley Park, and cycle within the park. Central to this vision is enhancing the cycling experience in such a way that it improves the overall park experience for all users while ensuring the preservation of identity and ‘sense of place,’ that is so valued at Stanley Park. This often means balancing competing interests. To achieve this, the plan seeks to: Enhance the Stanley Park Experience for All Users; Put ‘Pedestrians First!’; Improve Cycling as Recreation, and Improve Cycling as Transportation.” 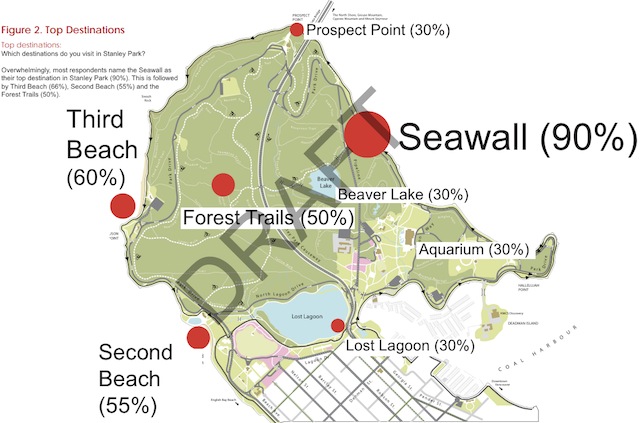 Some issues that are noted in the draft: 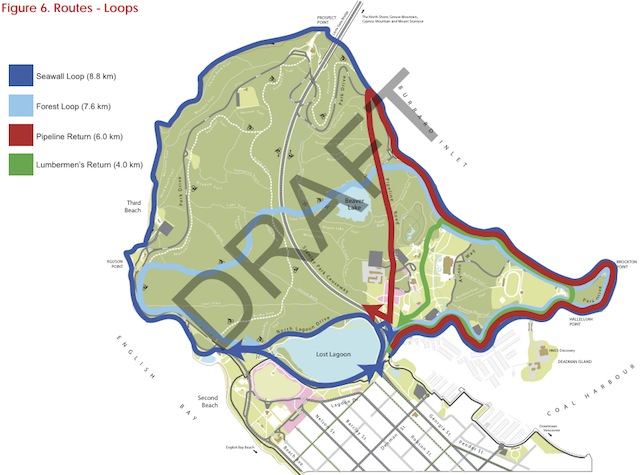 You can Download and view the Draft Plan in PDF format. The Park Board is asking that you direct any feedback to Project Manager Ben Mulhall.