The City of Vancouver’s boundaries as we know them (Burrard Inlet, Boundary Road, the Fraser River, and Pacific Spirit Park) were not always part of Vancouver. Throughout its 125-year history, Vancouver has expanded and amalgamated several times. When it was incorporated on April 6, 1886, it was made up of what we would now call the Downtown Eastside, Downtown Vancouver, Mount Pleasant, Fairview, and the northern part of Kitsilano. 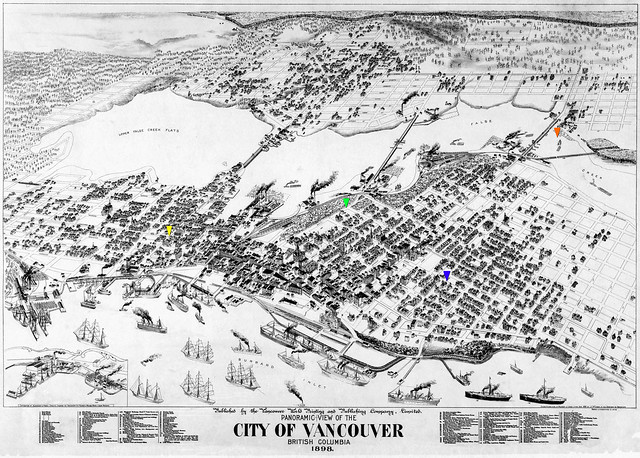 It was on this day in 1910 that the Hastings Townsite, East Vancouver to Nanaimo St, joined the City of Vancouver [source]. It was one of the most populated areas around and there was initially a push for it to join up with Burnaby.

It was also on this day, December 21, 1910, that South Vancouver was incorporated on its own. Its Northern boundary being 16th Avenue. 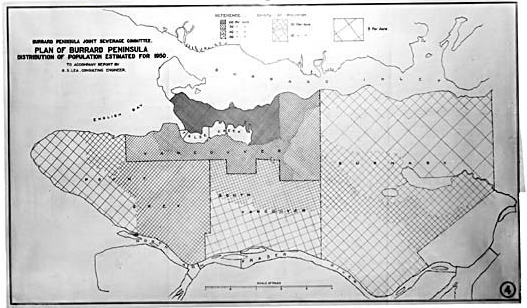 It wasn’t until 1929 that Point Grey (another stand-alone community) and South Vancouver amalgamated with Vancouver. When the union happened, Vancouver became Canada’s third largest city [source]. Mayor L.D. Taylor made a big push for amalgamation while he held his position but it finally happened under Mayor Malkin. 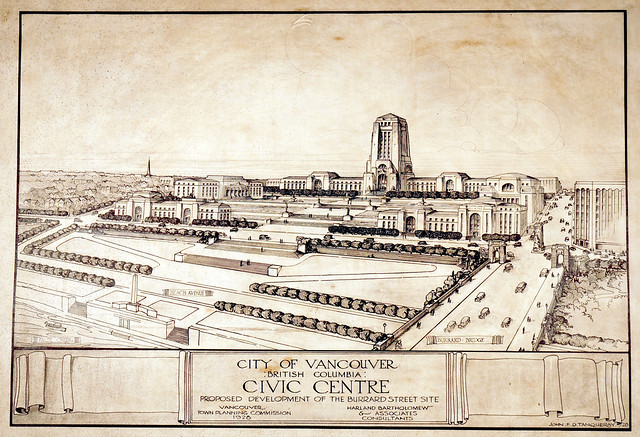 In the 1930’s, Vancouver’s Mayor McGreer proposed to move City Hall, which was at 16 East Hastings (the building is still there today) over to 12th and Cambie. One of his intentions was to solidify the amalgamation with South Vancouver. The new City Hall, which we have today, opened its doors on December 1st in 1936 — just four blocks away from South Vancouver’s old border. To this day, UBC’s endowment lands are not a part of the City of Vancouver. 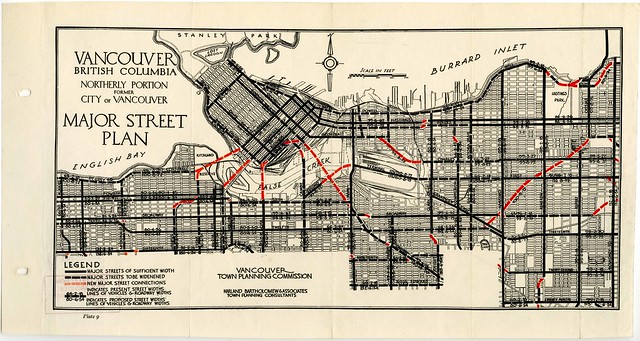 Much of Vancouver’s street planning was done by Lauchlan Hamilton although sometimes property owners or previous boundaries got in his way and we ended up with strange bends in streets (like at Cambie and Pender or Hastings). Other modern plans were drawn up by Harland Bartholomew & Associates. As a part of the Vancouver 125 celebrations, Bing Thom Architects funded the digitization of their collection of plans and maps of the city.

Want to learn more? Pick up the new book: The Chuck Davis History of Metropolitan Vancouver. Book Warehouse was sold out but, according to their Twitter account, now they have plenty in stock.