All year we will be celebrating Vancouver’s 125th Birthday through public events and celebrations. Since the city was incorporated on April 6, 1886 I thought it would be interesting to see what happened after City Council was formed and our little townsite of Granville became Vancouver. 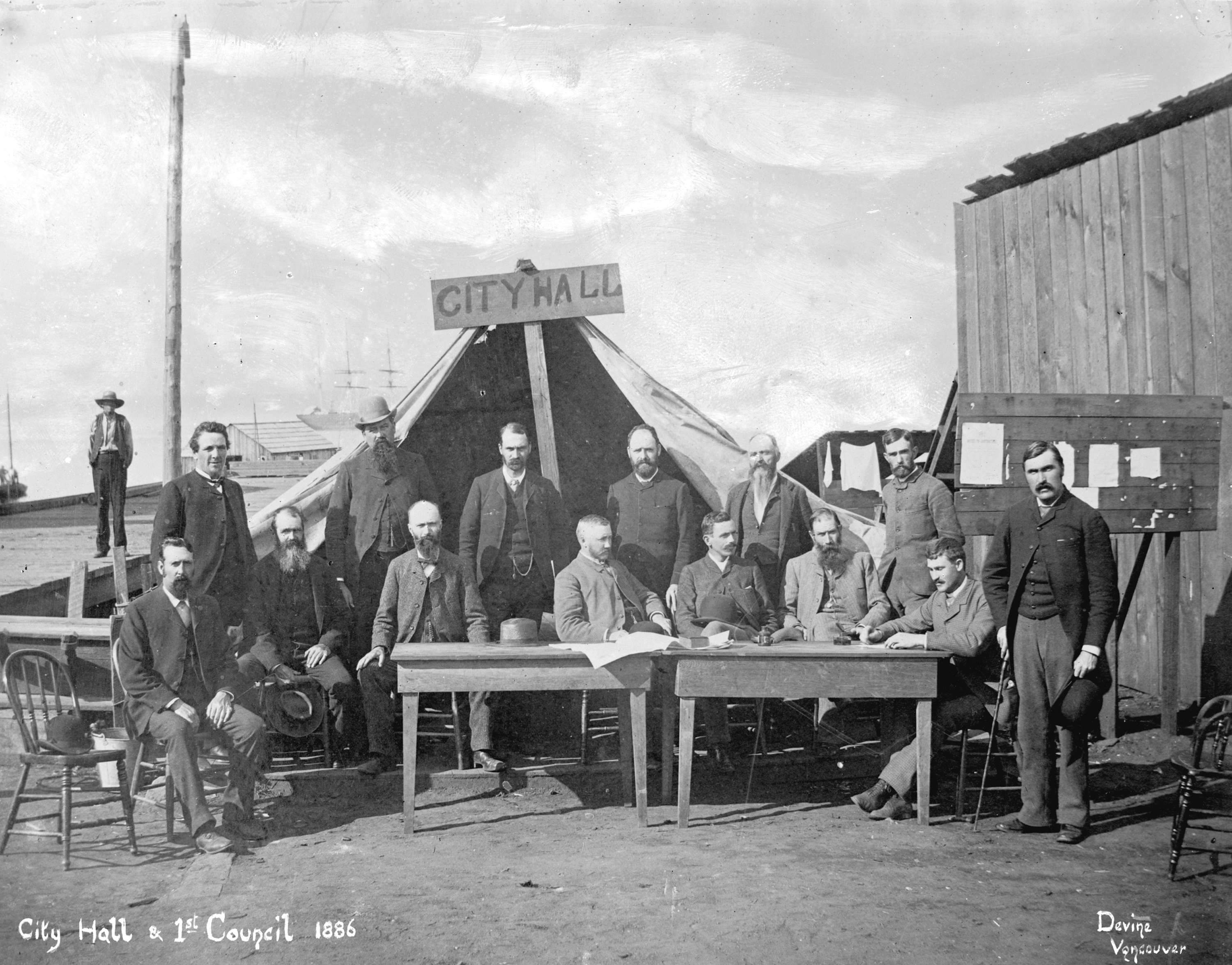 April 6, 1886
The City of Vancouver was incorporated as a group met for a small ceremony in Jonathan Miller’s house. About 1,000 people lived in Vancouver at the time.

May 12, 1886
The first meeting of Vancouver’s City Council took place. The first item on the docket was a petition to lease, from the Federal Government, a 1,000-acre military reserve to be used by the city as a park. This would become Stanley Park.

June 13, 1886
The Great Fire ripped through Vancouver. It took about 45 minutes to spread and destroyed almost 1,000 of the city’s wooden buildings. Businesses were rebuilt within days and Vancouver sprung back to life. 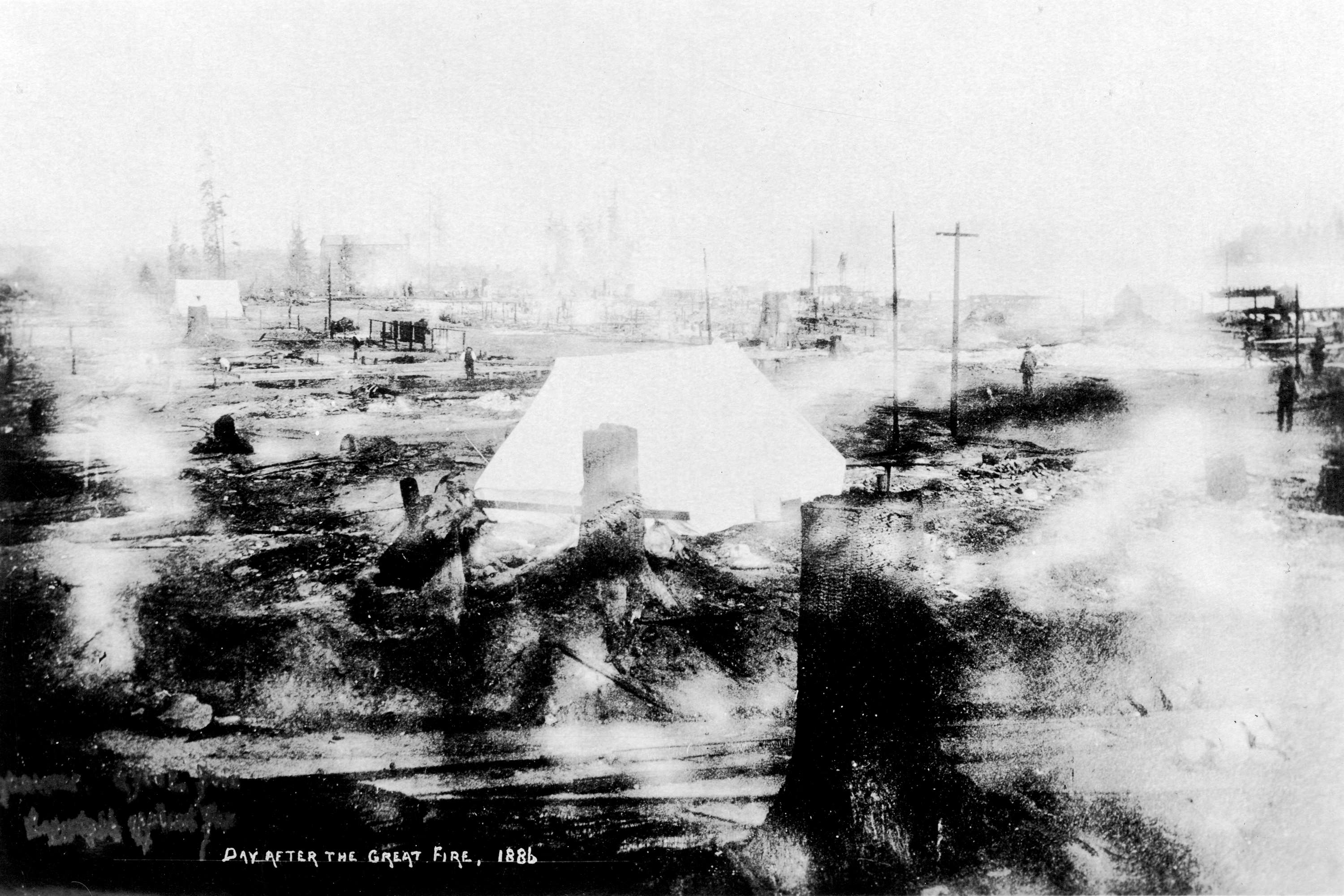 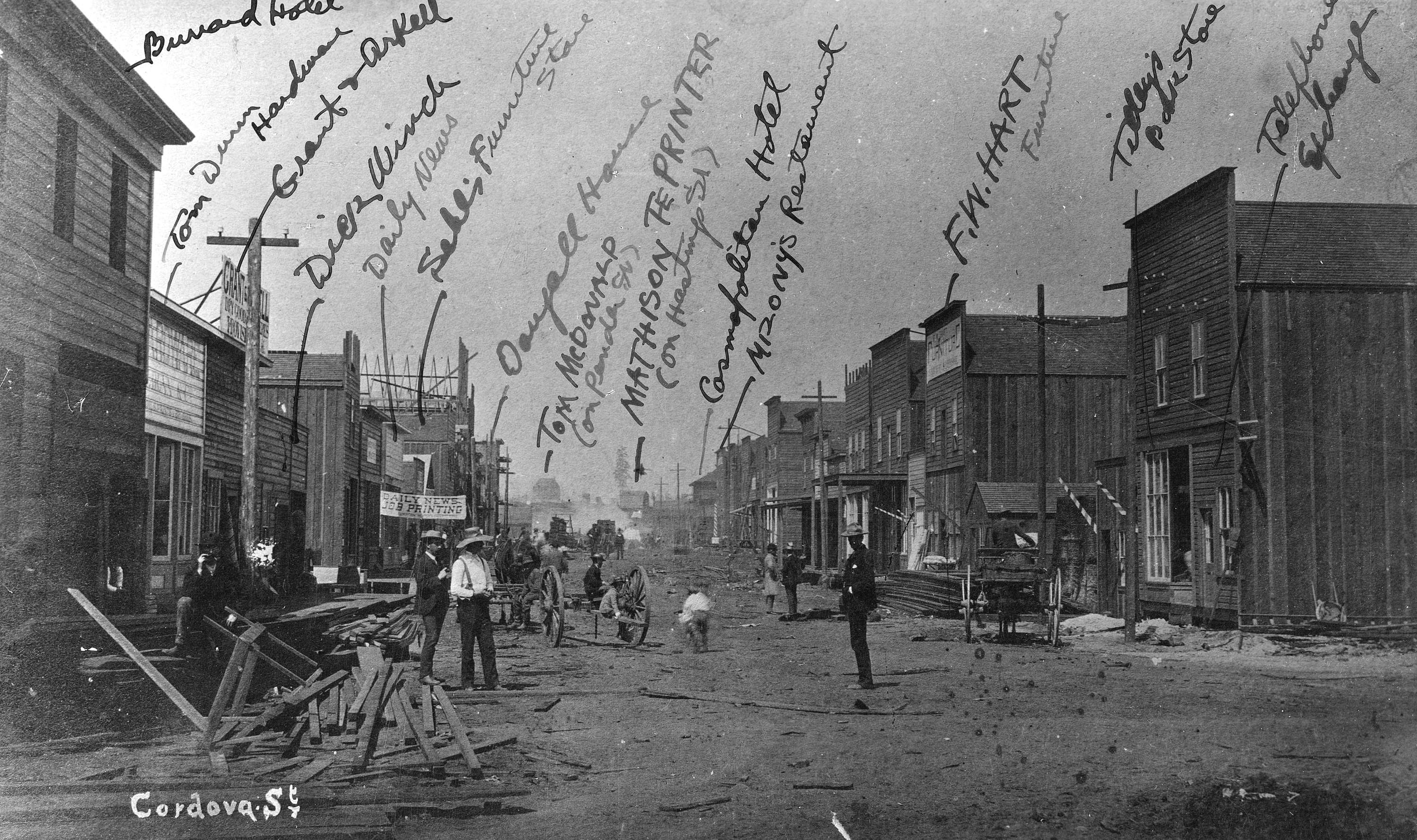 July 30, 1886
Vancouver’s first fire engine arrived at Port Moody and a four-horse team hauled it over miles of dusty roads via New Westminster to Vancouver. It arrived August 1st and as there were no horses available in Vancouver to haul it to fires, it was pulled by the firefighters themselves.

Also in 1886
Chuck Davis included a few more items on his site under 1886 such as the fact that the Vancouver Police Department’s first badges were made from America silver dollars that year and the city’s first graveyard at Brockton Point in Stanley Park was closed.

The timelines above are sourced from VancouverHistory.ca where you can read about these events in more detail. Please help Chuck Davis’ work live on by sponsoring a year that will be published in his book.