The injustice that was the Komagata Maru incident was one of the first things my teacher talked about in grade 11 social studies and the name has always stuck with me. In 1914 a Japanese steamship carried 376 passengers (all British subjects) from Punjab, India over to Vancouver by way of Hong Kong, Shanghai, and Yokohama. Upon arriving in the harbour, the ship was not allowed to dock and 356 passengers were denied entry to Canada because they were South Asian.

“The ship’s passengers spent two months docked in Coal Harbour surviving on donated food and water because of a public outcry against their arrival. The Dominion government would not allow the passengers to disembark and they were finally denied entry into Canada.” [CBC]

At the time, Vancouver’s mayor Truman Baxter organized an “anti-Asian” rally because of the ship. VancouverHistory.ca has documented the following from a speech by prominent politician H.H. Stevens at the rally: “I have no ill-feeling against people coming from Asia personally,” he told the crowd, “but I reaffirm that the national life of Canada will not permit any large degree of immigration from Asia. I intend to stand up absolutely on all occasions on this one great principle of a white country and a white British Columbia.”

Unable to come ashore in Vancouver, and due to a lack of supplies for the return trip, the ship sat in the harbour until it finally made a return trip to Calcutta, India with all of its passengers. There, it was met by police. 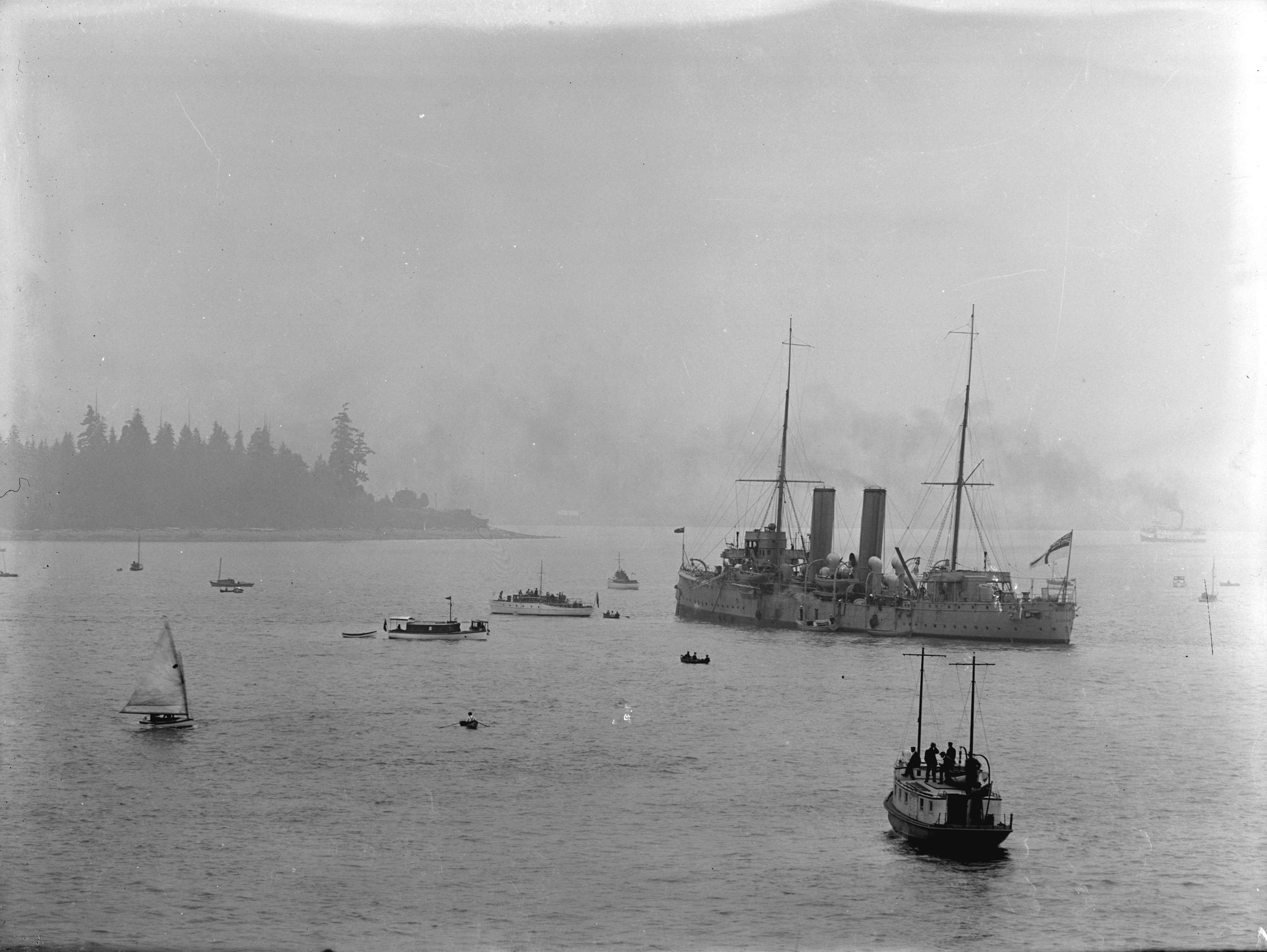 “Unfortunately, the British government of India saw the men on the Komagata Maru as dangerous political agitators. When the ship docked at Budge, the police tried to arrest Baba Gurdit Singh and the twenty or so other men that they saw as leaders. In the process, shots were fired and nineteen of the passengers were killed. Some escaped, but the remainder were arrested and imprisoned or sent to their villages and kept under village arrest for the duration of the First World War. Six months of confinement on board the Komagata Maru ended for most of these passengers in another form of confinement.” [Sikh Pioneers]

Almost 100 years later, the Federal government of Canada has pledged to work with Vancouver’s Khalsa Diwan Society and the Vancouver Parks Board to fund and create a monument at Harbour Green Park in Coal Harbour.

“The monument is planned to go up by March 2012 at Harbour Green Park, where visitors could look out and imagine the ill-fated vessel, which was anchored for months before being forced to turn back.” [Metro News] Vancouver Parks commissioner Raj Hundal also told Metro News, “It brings tears to my eyes to think that this happened on Canadian water.”

Update July 23, 2012: The monument was unveiled today in Coal Harbour. From the Vancouver Sun: “In a day like today, where Canada really embraces multiculturalism in a different way, it’s startling for people to think that 98 years ago it could have been so different,” said Vancouver park board commissioner Niki Sharma. “We’re a country built on immigrants so the policies of the past really help us to realize how important it is to not go back there again.

“Having parents myself that are from India strikes a chord with me, because if things hadn’t changed, my future here would have been a lot different.”

The monument was designed and created with $82,500 in federal funds and an additional $104,000 came from the Canadian government to develop a museum at the Ross Street temple.

Also on Miss604.com
« Pamper Yourself at Capilano Mall
Eh Team Heads to SXSW »