I have profiled the Hycroft mansion before but have not had the chance to visit until this week. I was invited by the University Women’s Club who has occupied the luxurious and majestic heritage home since the early 1960s. 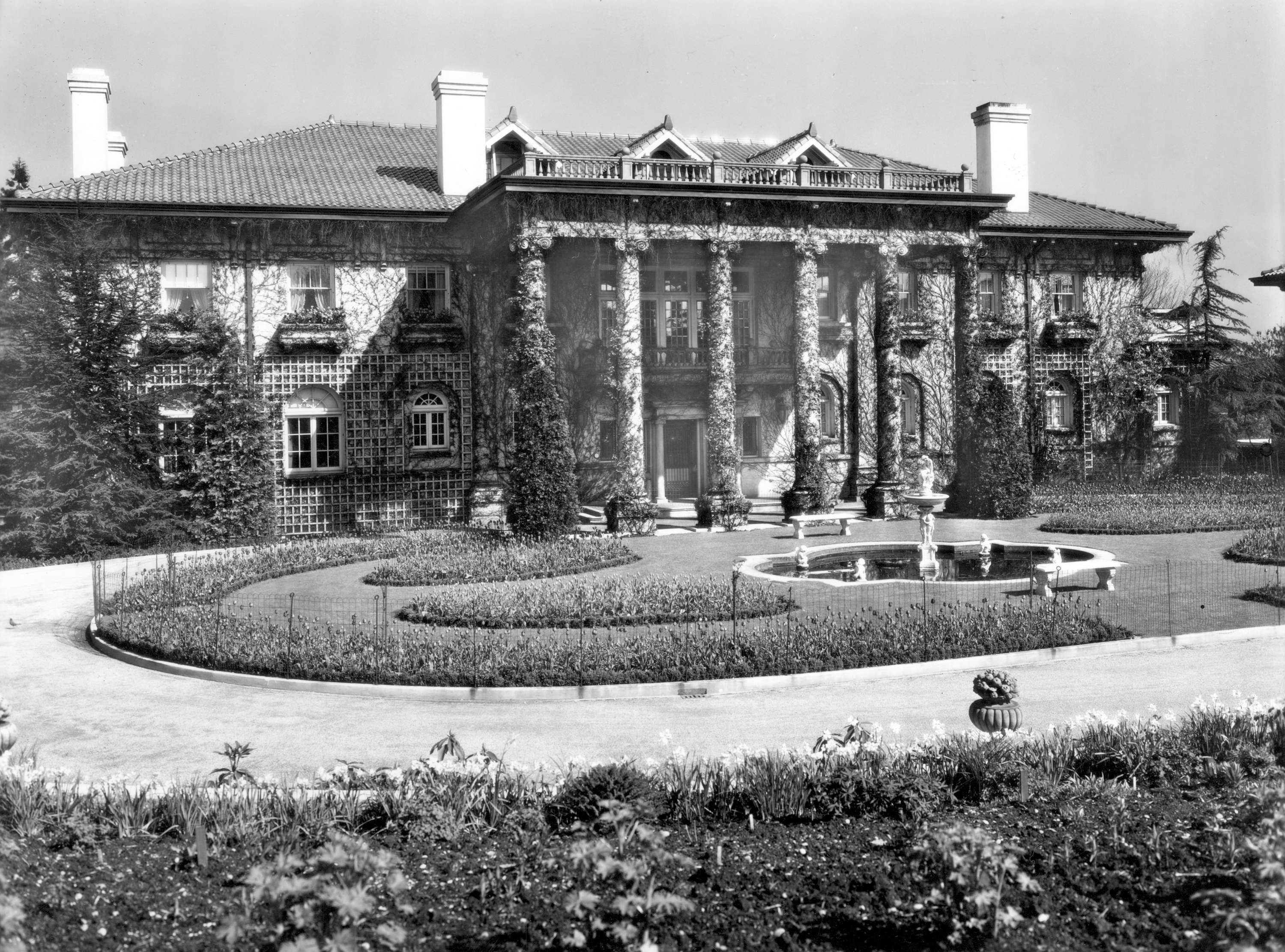 Found just off Granville & 16th on McRae Avenue, named for the mansion’s builder Brigadier General Alexander Duncan McRae, Hycroft sits atop Vancouver’s prestigious Shaughnessy neighbourhood. In 1909 the 30-room home on 5.2 acres (complete with bowling alley, pool, and coach house) was built for $109,000 — an enormous sum at the time. Due to rising costs and need for up-keep, the McRaes donated the mansion to the government in 1942. During the war it became Shaughnessy Military Hospital, serving as an auxiliary facility for 18 years. It was eventually taken over by the University Women’s Club in 1962, who occupies it to this day. [source: VancouverHistory] 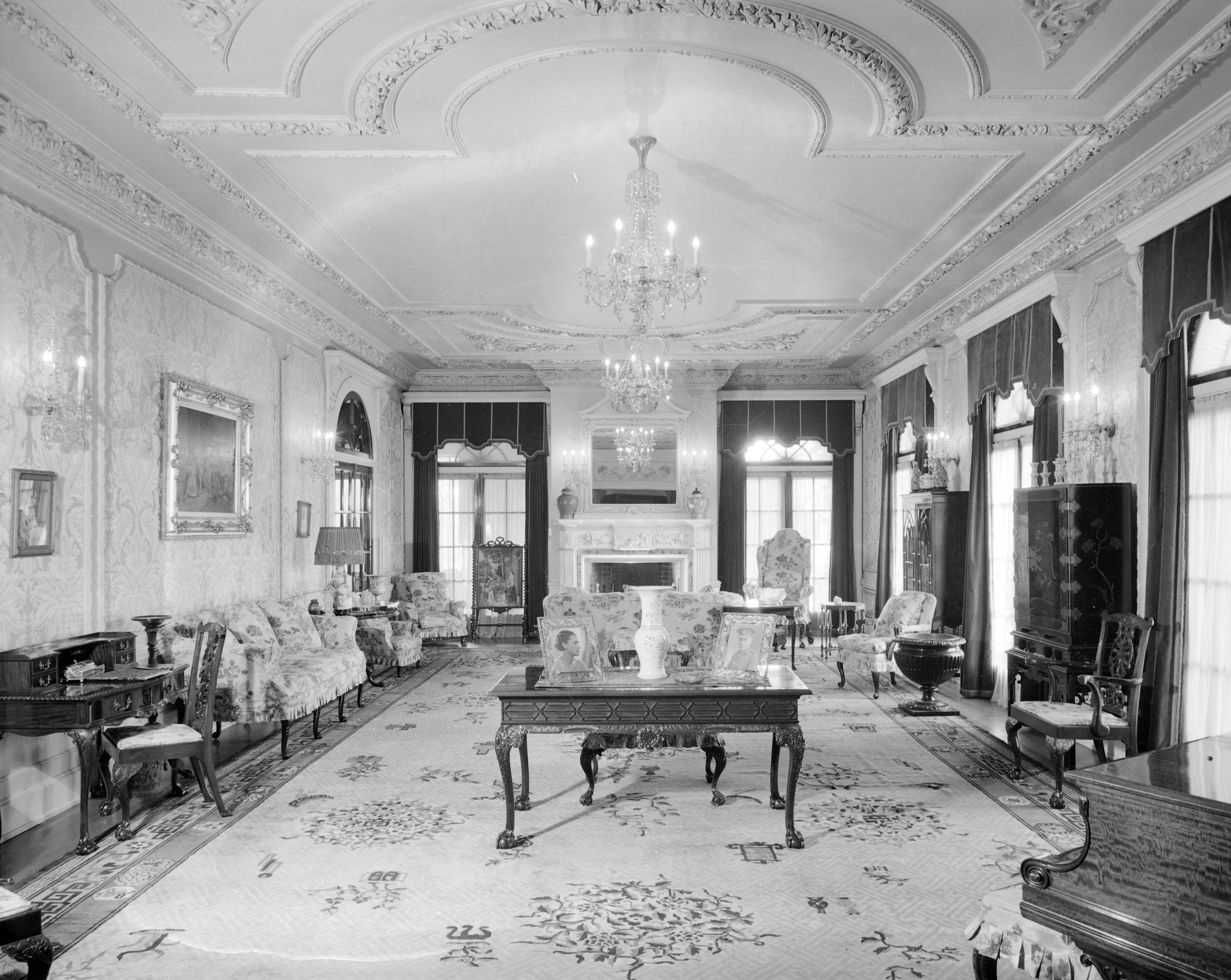 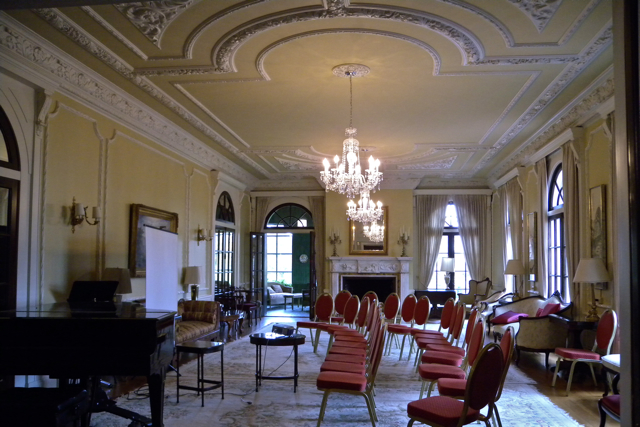 I did not know what to expect upon entering the mansion but one word I can use to describe the air and energy is warm. The aroma of fresh-brewed coffee tickled my nostrils as I tread across hardwood floors covered in intricately woven tapestry. The house was a hive of activity with a lecture in one room, club administrators typing away in their offices, a gallery curator putting finishing touches on a hallway exhibit, and visitors picking up lawn signs for Christmas at Hycroft. 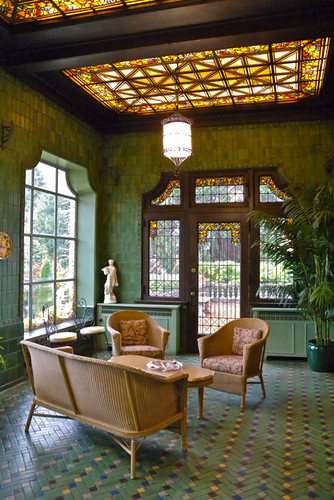 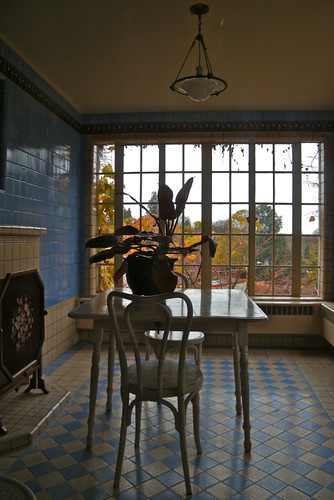 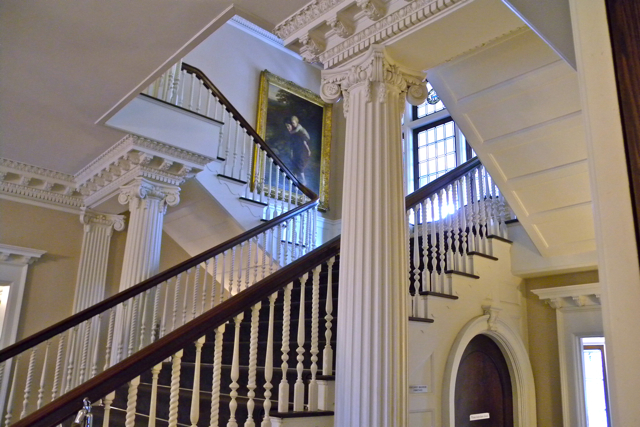 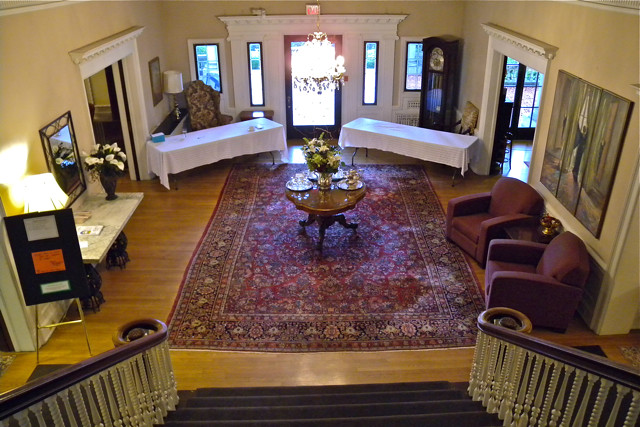 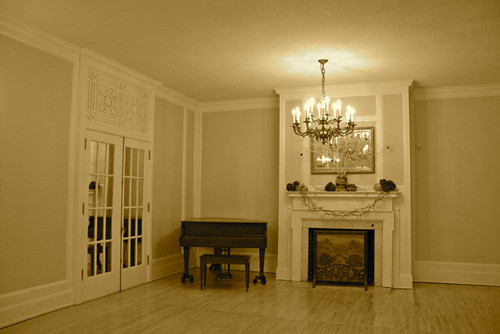 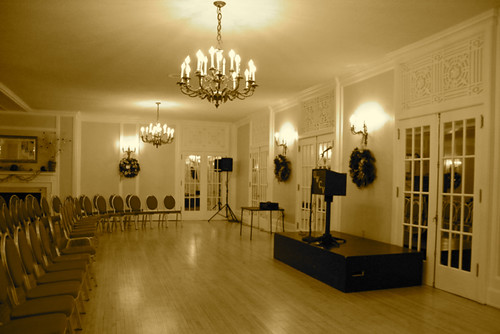 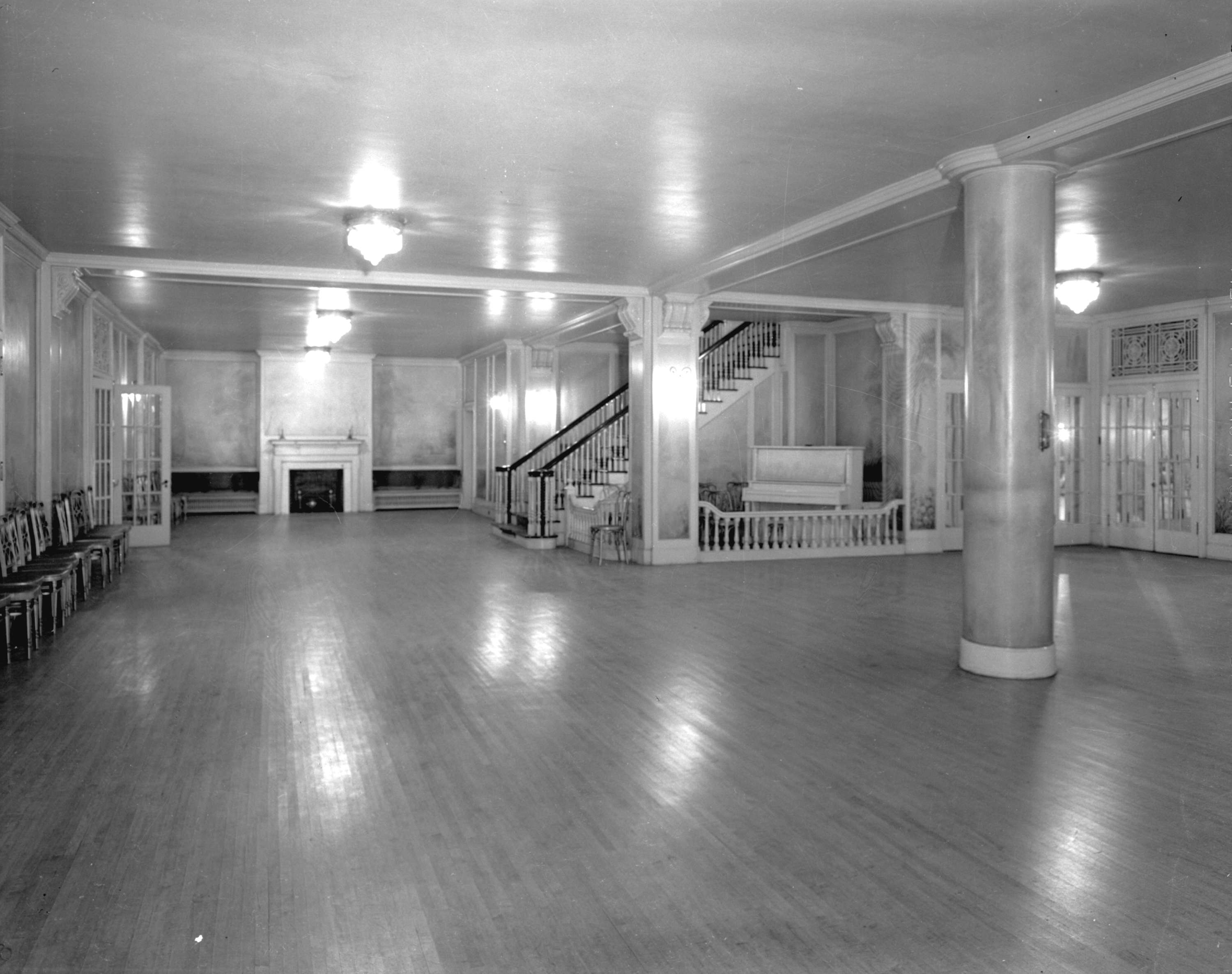 With Louise Carroll as my guide I explored many corners of the manor. Rich wood panels, marble mantles, and Italian tile work sat beneath ornate chandeliers in bedrooms, dressing rooms, and solarium upon solarium. From the wallpaper to the curtains, each item in Hycroft has a story — and Louise could probably tell you what that is. While not every piece is original, contributed items are of the mansion’s original period and are often donated by club members or their families. 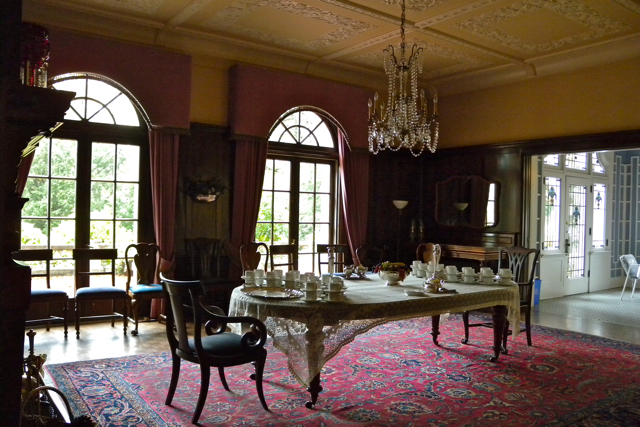 Hycroft has a few hidden secrets, from a full bar (from the time of prohibition in Vancouver), to hidden tunnels, a wine cellar, and passageways that used to lead to other buildings on the property. While I have heard a ghost story or two about the mansion over the years (and it was a set for the X-Files), I did not experience anything uncomfortable or feel spooked (even when we ventured up the back stairs into the servants’ old quarters). However, I may believe the rumours I heard about Blanche McRae (mother, wife, and matron of the home) making appearances at joyous occasions such as dances and weddings. 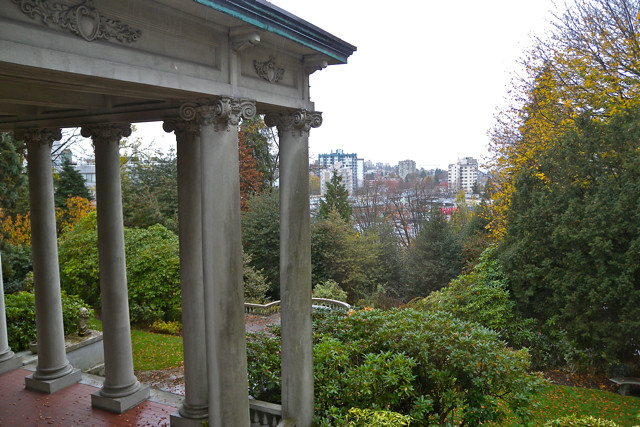 The mansion is much more than a grandiose legacy of a well-to-do family, it’s a living piece of Vancouver history that in itself contains another historically important element – the University Women’s Club. In the spring of 2011 the club will celebrate 100 years of Hycroft as a living space, a hospital, and a thriving centre for education and community.

You can view all of my photos from Hycroft on Flickr and don’t forget to get your tickets now for the 38th annual Christmas at Hycroft holiday event.