Having a hard time coming up with a topic this morning I put the call out on Twitter to see what people have been curious to know about Vancouver’s past. There were some suggestions about Joe Fortes or the Great Fire and an abundance of other questions that would be interesting to research. I figured I might as well start a new series this week that will answer about a dozen of these history questions I received on Twitter.

kristyaudrey: @Miss604 I want the details on the underground tunnels- where, why, how and when can I see them?

There is an old CPRail tunnel under downtown and in some spots it’s only about 6 meters below the surface. CPRail used the 1,396-metre-long (4,579 feet) tunnel for nearly 50 years.

“Construction on the tunnel began in January 1931 and was completed in July 1933. Shaped roughly like an elongated S curve, it started from the CPR’s main line just west of the station under Thurlow Street, up to Dunsmuir and along to Cambie where it cut under Larwill Park — now a big parking lot at the southeast corner of Dunsmuir and Cambie — and came out near the western abutment of the Georgia Viaduct.” 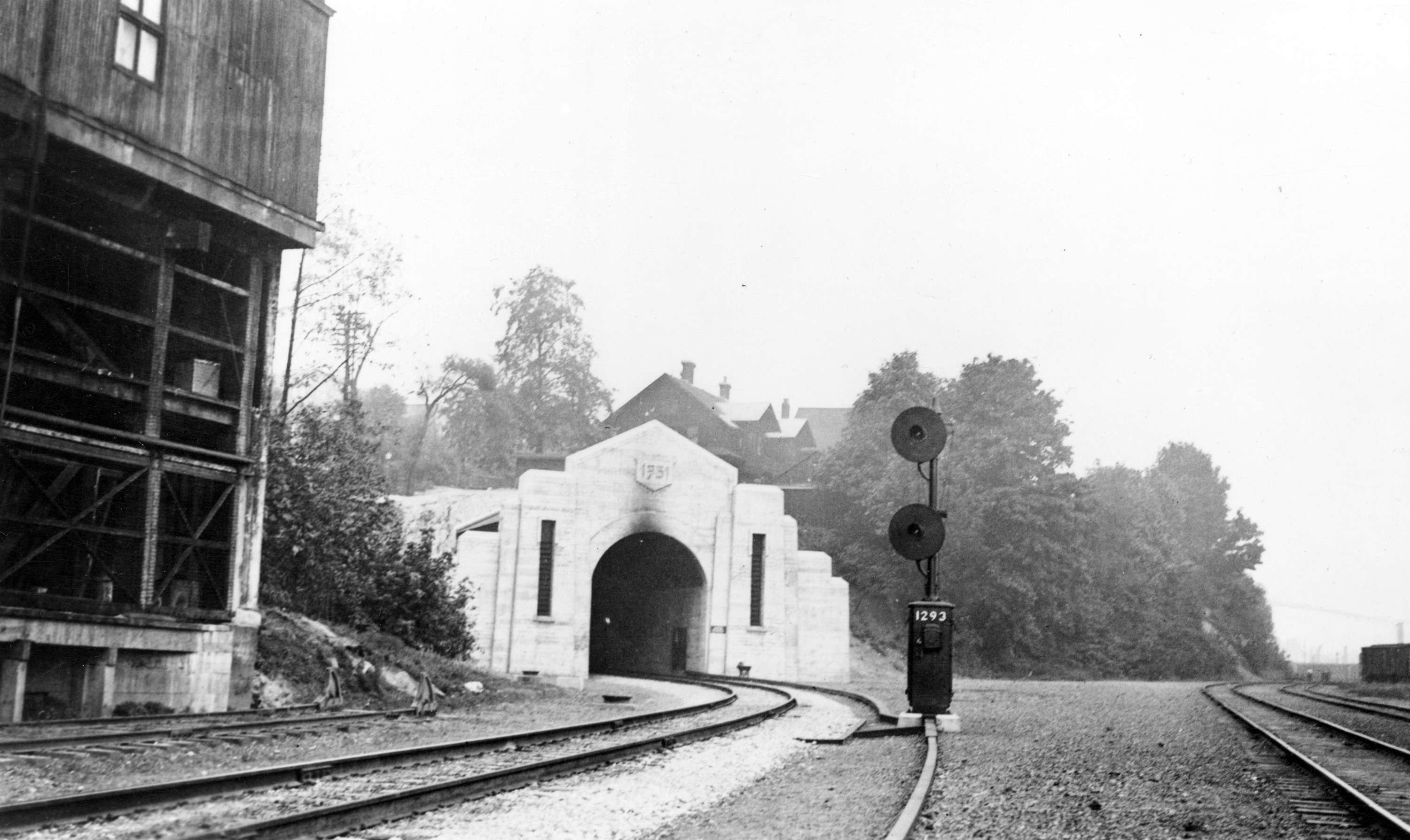 The current SkyTrain tunnel from Stadium-Chinatown through to Granville, Burrard, and Waterfront is the old CPR tunnel. To accomodate SkyTrain the single-rail track was rebuilt and a new entrance was made. 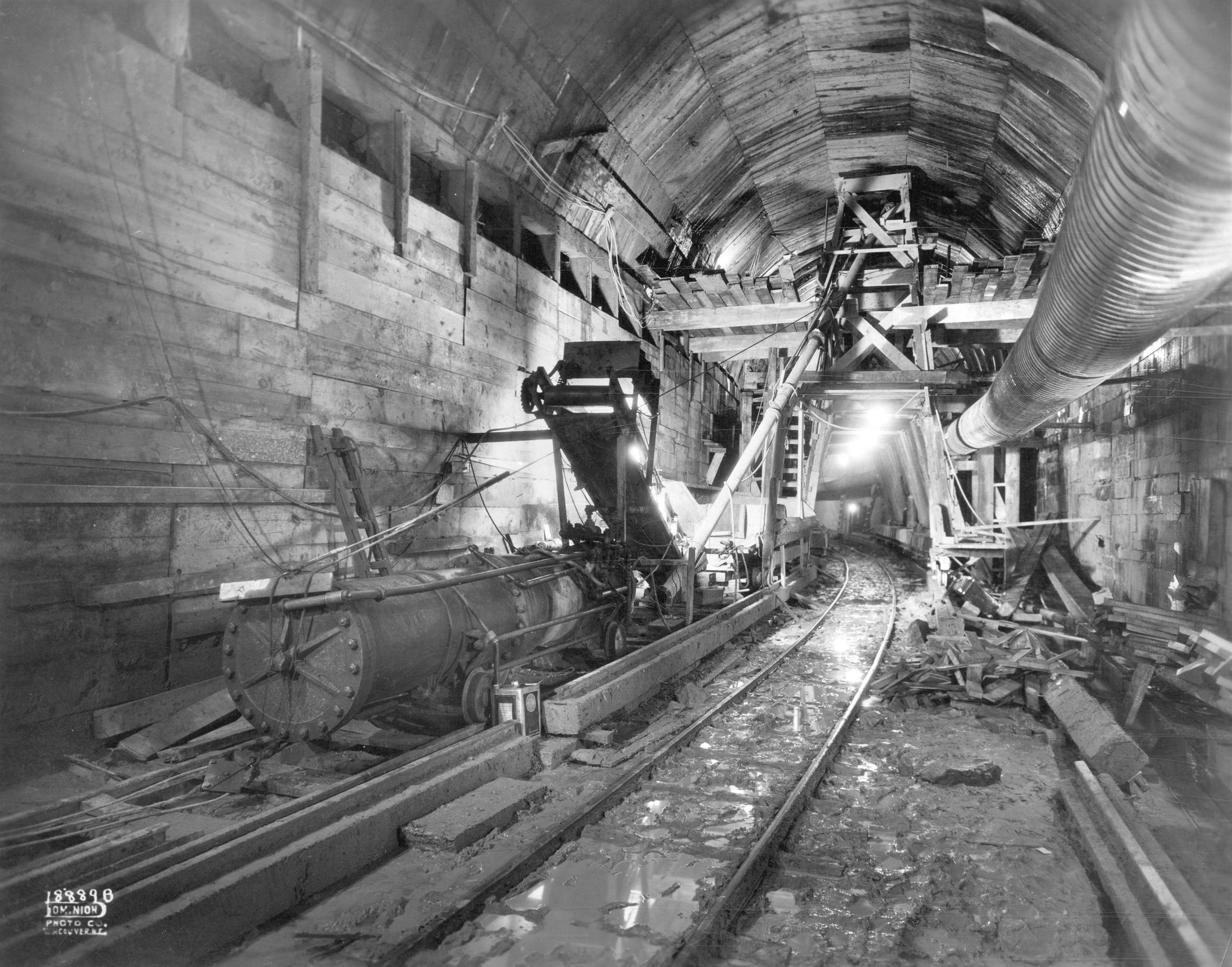 The original entrance, that was visible until just a few years ago, is now hidden behind Costco. The tunnel will turn 77 years old on July 16th. 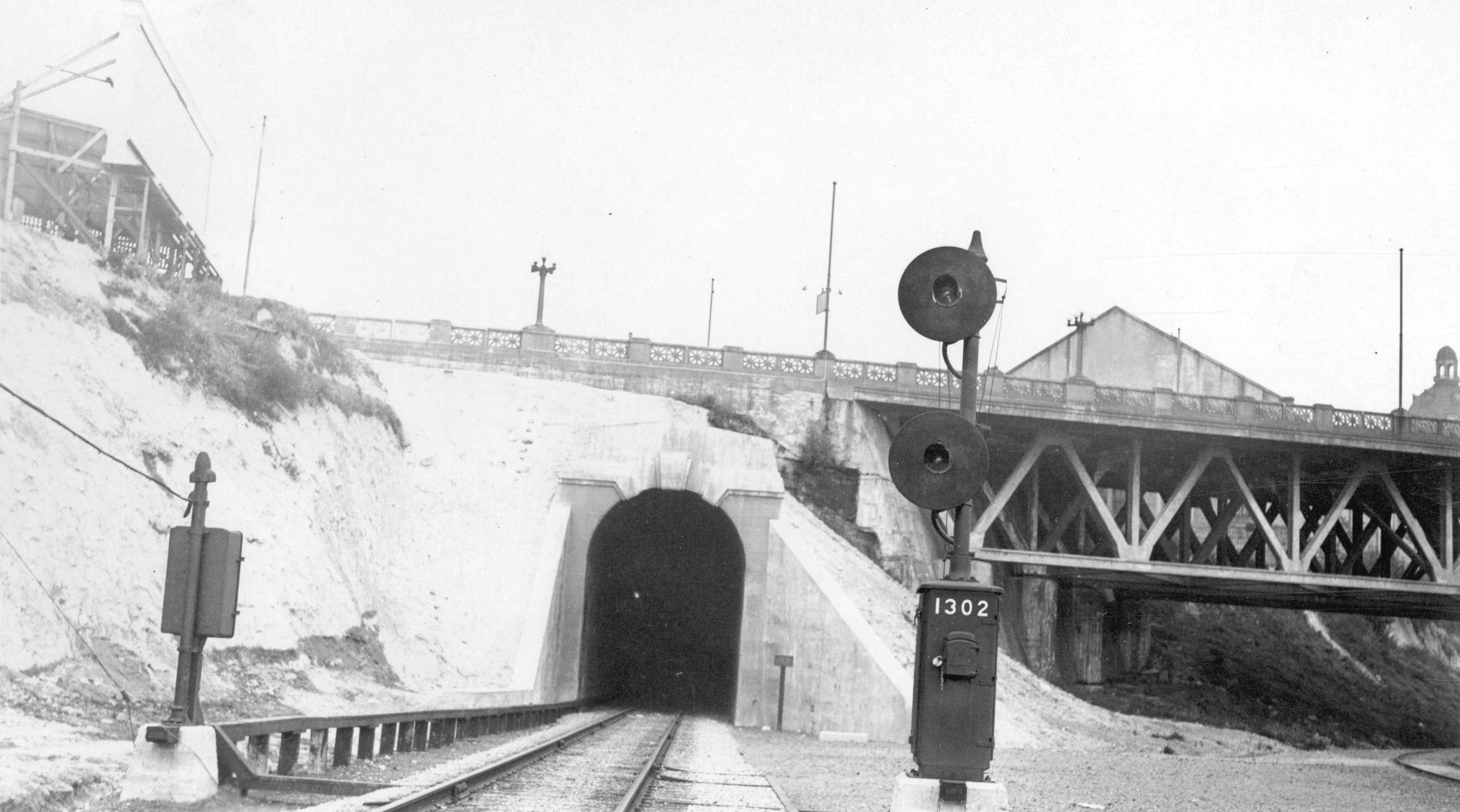 Here’s an old city document I found about Canada Post’s lease on the tunnel:

“In 1954 the federal Minister of Public Works applied to the City for a ninety-nine (99) year lease of lands beneath City streets to construct and operate a mail transfer tunnel from the main CPR station to the newly to be constructed main Post Office. At that time the mail came to Vancouver on the CPR railway. As the Vancouver Charter then read, a lease in excess of thirty (30) years required the assent of the electors… The thirty (30) year lease with the federal Minister of Public Works was entered into October 10, 1957. Shortly after completion of the tunnel, mail began to move by air and so the tunnel was never used.”

According to this document, Canada Post received a lease on the tunnel until December 15, 2055.

As for the rumoured Chinatown tunnels, Vancouver History guru John Atkin as well as Chris Mathieson of the Vancouver Police Museum confirm they do not exist, contrary to popular belief. However there were a few basement passageways through walls that once connected gambling parlous and opium dens. Old steam tunnels also exist out at UBC.

There are no current tours of the Canada Post tunnels that I am aware of although John Atkin would be the person to go to for this. I believe he used to run some tours down there and still does several history walks around town.

You can follow this new series by using my new Readers Choice tag. Later this week I’ll answer questions about Point Grey, the Burrard Bridge, the former Japantown, the old ferry to Dundarave and more.