There are pivotal characters that have put Vancouver on the map in many different realms, from First Nations literary works, legendary hockey skills, to helping children learn to swim in English Bay. Vancouver’s history is made by its people, from many generations. Anyone who has passed by the intersection of Georgia and Hornby may have noticed a sign marking the route as “Wasserman’s Beat”. This refers to former Vancouver Sun reporter, Jack Wasserman.

Starting May 12, 1954, [the Vancouver Sun] gave him a man-about-town column, and he hit his stride. His column on the second front page of the afternoon paper, often detailing the city’s underbelly, became a hugely popular feature. His biggest scoop was the death in 1959 of Errol Flynn in a West End apartment. [VancouverHistory]

The self-described “Saloon Columnist” hung out at places like The Cave Cabaret, the Mandarin, and Isy’s Supper Club, which are now just faint dots in our city’s rear-view mirror. These nightlife hot spots (from the 1930s and into the 80s) hosted such acts as Mel Torme, Milton Berle, Louis Armstrong, Duke Ellington, a young Yvonne De Carlo got her start at the Palomar (on Alberni and Burrard) thanks to Dal Richards. [source: SunSpots]. 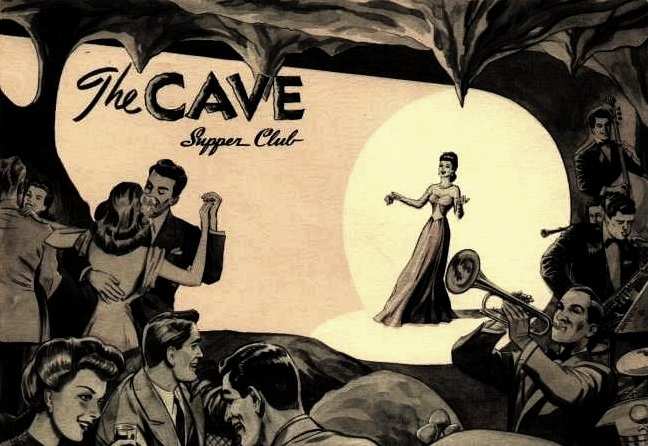 “Vancouver erupted as the vaudeville capital of Canada, rivaling and finally outstripping Montreal in the East and San Francisco in the south as one of the few places where the brightest stars of the nightclub era could be glimpsed from behind a post, through a smoke-filled room, over the heads of $20 tippers at ringside. Only in Las Vegas and Miami Beach, in season, were more superstars available in nightclubs.” [Jack Wasserman]

In the heyday of night life in this town, Jack Cullen, Jack Wasserman, and Hugh Pickett would be running around having a late supper with Lena Horne or Duke Ellington and it was big news. Wasserman would have something in the Sun the next day, and Cullen could have an exclusive interview on â€˜NW. Whenever heâ€™d play an old interview of his, I swear you could smell the rum and cigarettes off of his breath. [TheCommentary]

Wasserman wrote about the city’s “underbelly”, but also covered political issues like 1952’s Provincial Election and what he coined “an unholy mess” made by the Social Credit party [see: CBC news archive footage].

He worked for the Ubyssey at UBC, the Vancouver Sun, CKNW and CJOR radio, CBC TV, and was a pillar of Vancouver journalism. At the Hotel Vancouver in 1977, he passed away mere yards away from what the city would commemorate as “Wasserman’s Beat”.

Share26
Tweet
Share
Pin1
Email
Reddit
WhatsApp
27 Shares
Current Contests on Miss604
*All contests are open to residents of Canada only, unless otherwise stated. Contest timelines are published on each individual post along with entry methods. Some contests may only be open to those 19 years of age and older. Winners are announced on the contest blog posts. Contest policy »

Also on Miss604.com
« EPIC Expo: Parks Canada
Who is Your Backup Team »