coincidence – could they have used that word more? we saw V for Vendetta last night with my brother. it was good – i think john enjoyed it a lil more than i did though. about 10 mins left to the movie, everything is climaxing, i’m totally getting into it, and ZOOOOOP! the power goes out. movie off. house lights on. umm…. yeah… so the 200+ people in the theatre are a lil dumbfounded at first… then you overhear the misc. comments “huh?” “what?” “whatta cliffhanger!” “aw man i was just getting into it” hehe… within a few mins the movie picked up again but it really soured things for me. we all got free passes to go back to the theatre but yeah… it was entertaining, humorous, the action or sexy bits weren’t gratuitous… yes, enjoyable – but not rave-tastic. 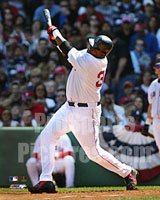 i’m going to be working this weekend – which kinda sucks but i get a day off in lieu so we’re going to plan our lil mini-island getaway around that time. you’d be surprised at how much news can come in and be distributed at 10pm on a sunday night.

they cut down trees outside my house the other day. poor john was planning on doing a podcast but i guess there was a lil background noise :p but… now when i sit at my puter i can see the street and the alley and yeah… so not much left for tree cover… who wants to see us walk around the apartment all day buck naked anyway eh? bah.

according to anne’s msn she’s going to st. martaan in 3 weeks – BUH?! everyone’s going away and not taking me 🙁 boo. i’m so itchin to go away right now – the last sort-of trip we took was to victoria… we dont have many options right now given some limitations on travel destinations ie. the USA and we dont have that much cash to throw around …

so we’re going to have to make do with being in the city – not that it’s a bad city, actually it’s supposed to be a gorgeous weekend. lots and lots going on around town. events, st. patrick’s day things, celtic fest things, new movies out and YAY next week the kiddies are all back in school!

not wearing any green today, i got this cute lil blue shirt the other night so i wanted to wear that instead. last night John and I got our hair cut (no dye for me…yet) and had dinner with laura — WHO btw, just started up a blogger blog – she’s such a big girl now!
so… not wearing any green… st. patrick’s day reminds me of several things. my mom would tell a story about how we all got chicken pox that day. well, when my sister was in elementary school my mom was putting her hair in pig tails with green ribbons and noticed a lil red circle on her neck – a few days later my mom had 3 kids all at home with the chicken pox (all under the age of 7) .

this day also reminds me of being in high school, livia did that irish dancing (before the whole riverdance craze) and often competed and often won medals. she would bring them in on st. patrick’s day and we’d wear her medals as necklaces and pins. i think i still have some, somewhere, kicking around my parents’ house.

(and yeah, i dont own any green shirts, i had to improvise…. :p)

getting my hair done tonight. i want a cut and colour but i think i’ll settle for cut right now. i’d really like to be brunette again. when i went to get my license she entered my colour (since my roots are showing so bad right now) as my natural colour. so i was thinking… okay probably blond? not quite brown, and not red. apparently “Sandy” is an option now with ICBC so that’s what I am. my mom hates my hair dark anyway *sigh*

the trip last night was somewhat successful. i tried on a pair of jeans, they were wicked, i just wanted a different size. i go to the rack, grab the size i want and take off. i get them home and they’re “SKINNY” cut not boot – wtf?! Skinny is the new tapered? EW! So dissapointing. And, I won’t listen to John anymore – he said to get him “small” t-shirts. So i bought small even though they looked TOO small and yeah… too small… When my sister gets back from Wales we’ll have to head down again so I can return those items. other than that – it was REALLY fun. I came home with a Cinnabon hangover though.

While in the toy department of Target getting Ethan his bday present (although Lexi’s bday comes first, we couldn’t pass up this thing we saw that was just TOO perfect)… anyhoo Laura comes across a lil hand-held 20 Questions game. So she starts playing… the lil device is asking her questions … “is it a household object”, “is it an animate object”… after about 25 questions it says ” I KNOW WHAT YOU ARE!…. ARE YOU A BRASIERE?” …um wrong… after 3 more questions “ARE YOU A SANDWICH?” … no… we were a kitty. stupid game.