After a delayed starts to the season due to the COVID-19 pandemic, a handful of Vancouver’s outdoor pools will be reopening July 13, 2020, including North America’s longest saltwater pool, Kits Pool.

The History of Kits Pool

When it opened, it was “America’s Largest Swimming Pool. Chuck Davis’s History of Metropolitan Vancouver documents the pool’s beginnings in this excerpt from 1931: 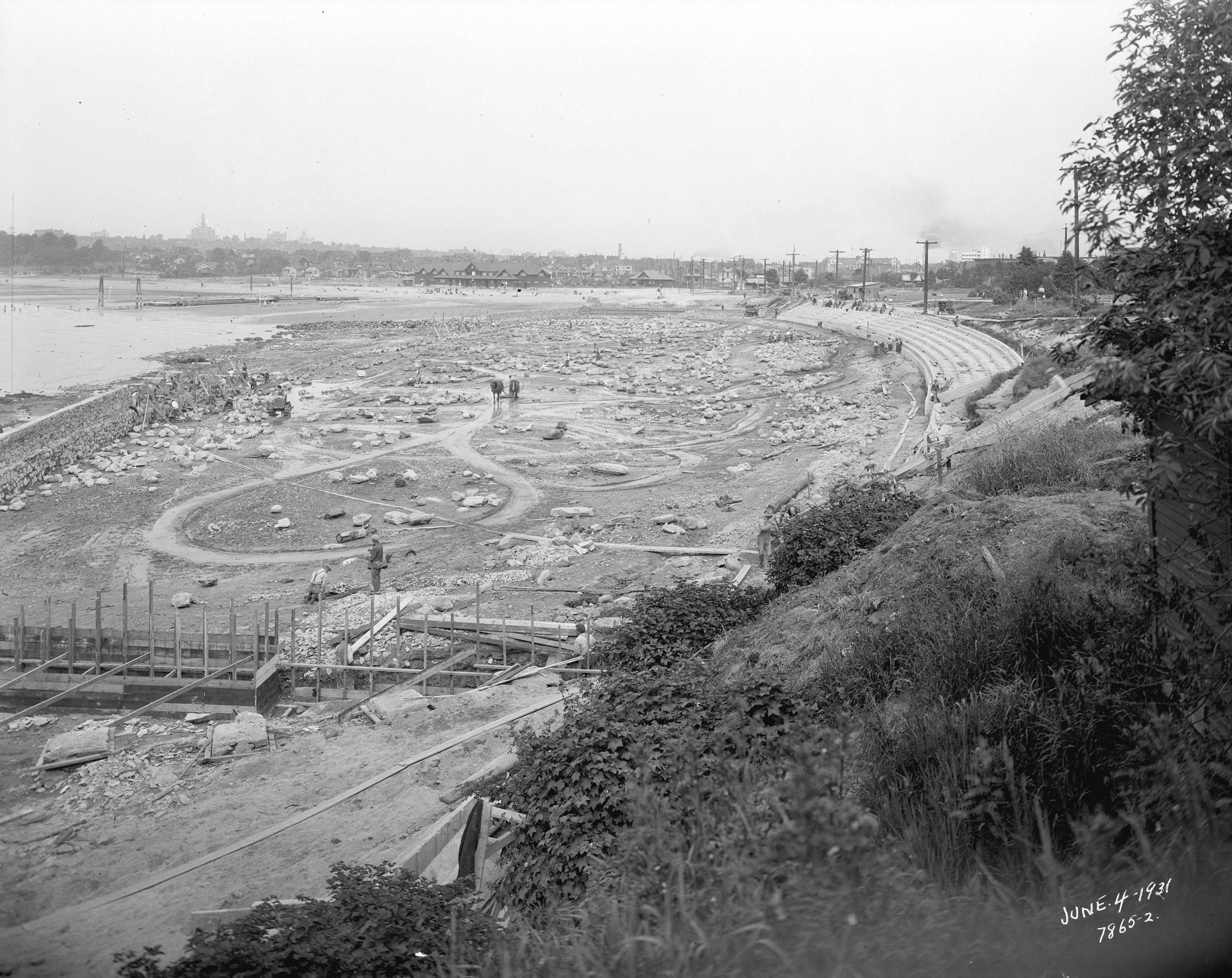 “On August 15 we marked the official opening at Kitsilano Beach of the Kitsilano salt-water swimming pool, the largest of its kind in North America. Kits Pool was 200 by 60 metres [660 x 200 feet], cost $50,000 to build, and was greeted in perfect weather by a crowd of 5,000 who waited impatiently for the inevitable opening speeches before diving in.

The original pool would be replaced in 1979 by a gigantic saltwater tank, 150 metres across and filled with heated water. Kits Beach is in an area originally known as Greer’s Beach, named for the pioneer who unsuccessfully challenged the Canadian Pacific Railway (CPR) takeover of his homestead here in 1891.”

The pool would lock ocean water in place, giving bathers a place to swim during low tide; Kitsilano Pool even had a sandy bottom until it was filled in with cement in the 60s. 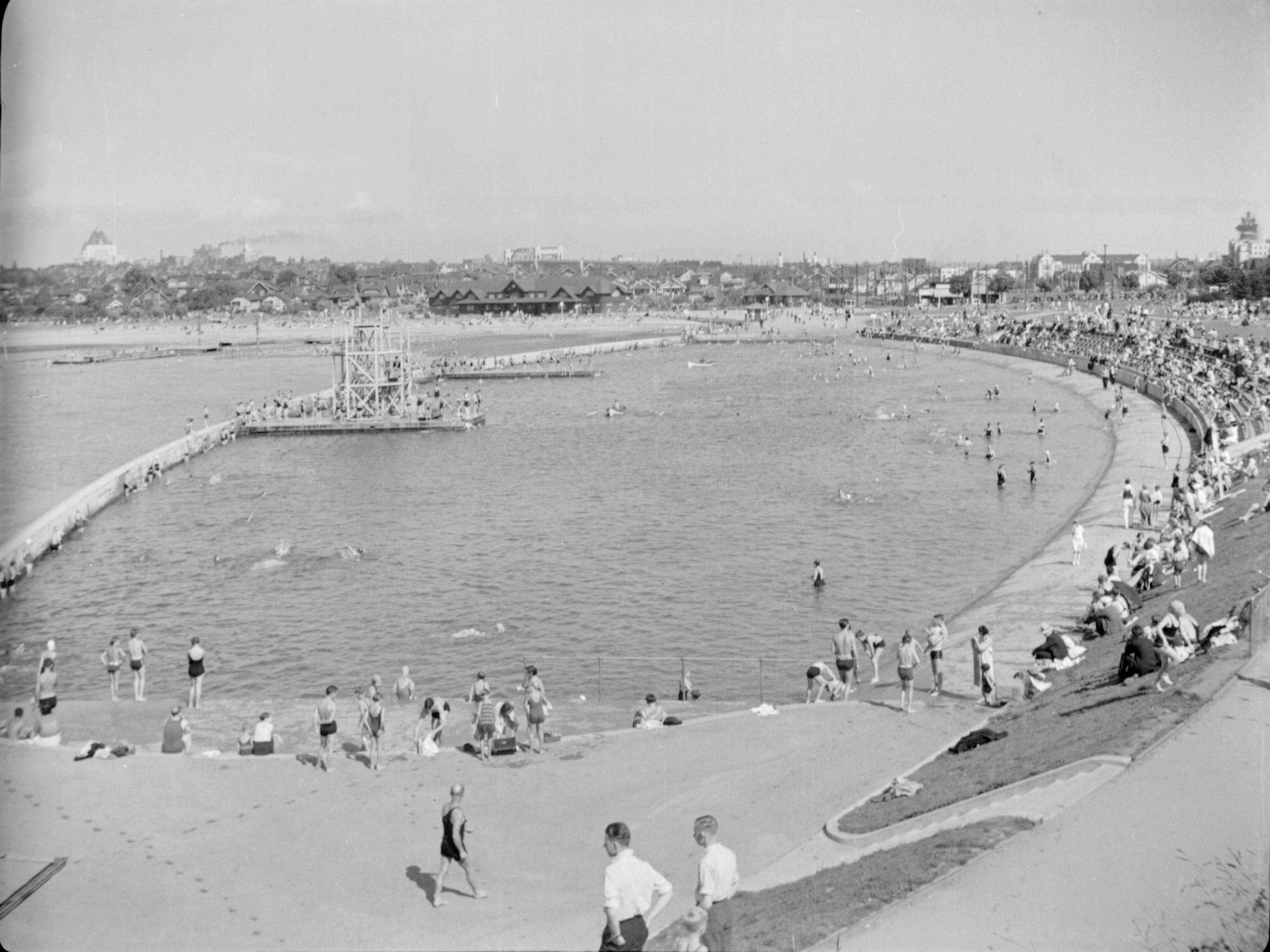 The Vancouver Open Water Swim Association‘s Bay Challenge may have unofficially started with Percy Norman. In the 1930s, Norman led 40 swimmers across the chilly waters to commemorate the opening of the original Kits Pool on August 16th, 1931.

From the Globe and Mail in 2013: “When the pool was first built (for $50,000), plugs were simply opened and it was filled by tidal flow from English Bay. After the facility was refurbished (in 1978 for $2.2-million), a pump system was installed.” 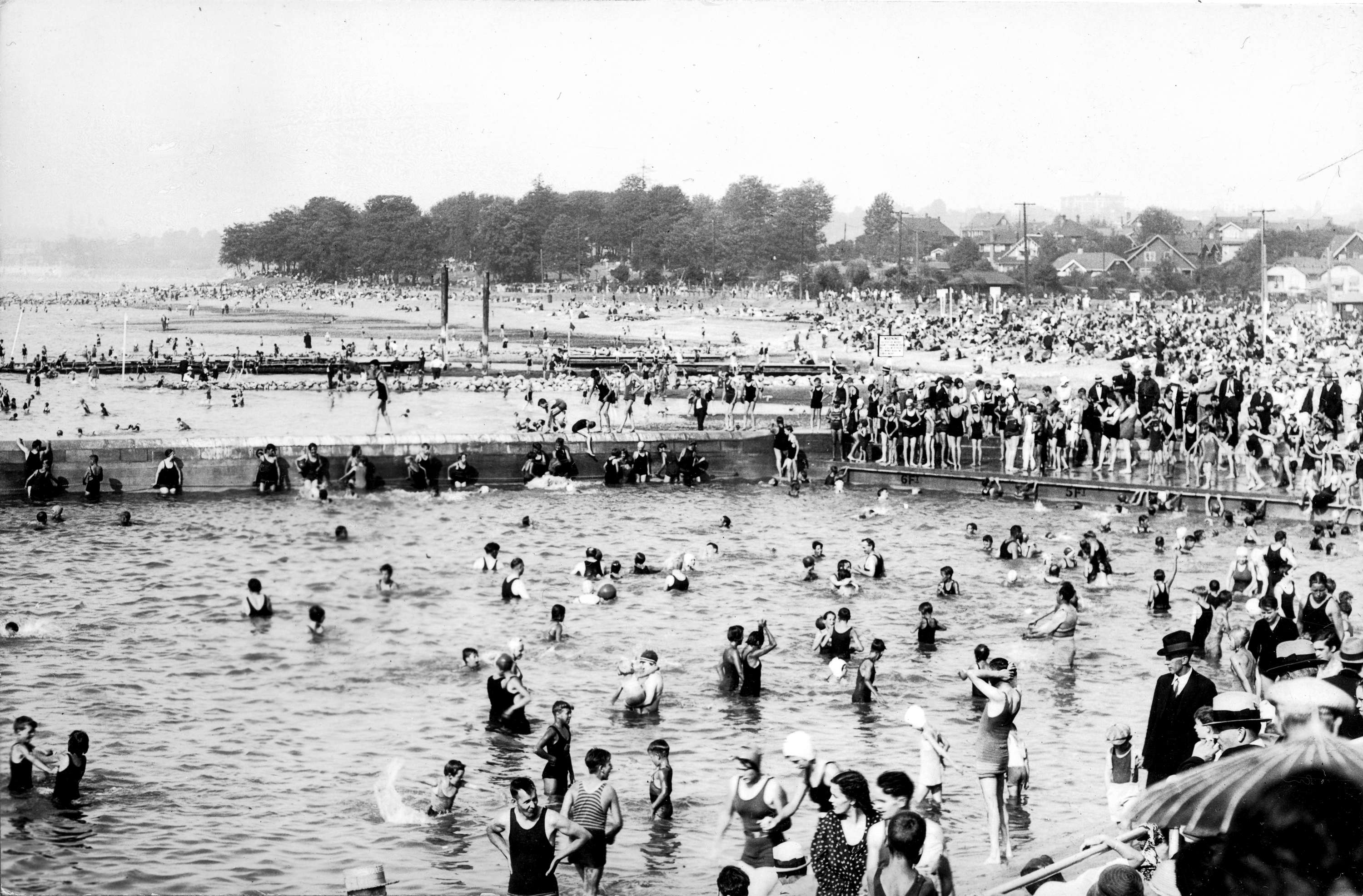 In 2017, Glenn Schultz, the Vancouver Park Board’s supervisor of beaches and outdoor pools, told the CBC that since the City’s three outdoor pools (Kits, New Brighton, Second Beach) drew their water from the ocean, sometimes you’d get unwanted visitors in the pool water.

“Every once in a while you would get a mud shark in the pool which would maybe freak out people,” Schultz said. “People would see this, these fins going along, and they would freak out at that.” Small octopuses would also sometimes make their way into the water, but Schultz said it was mostly seaweed that would flow in. Twice a week, staff would then empty the tanks to clean them by spraying them down with firehoses. Occasionally, the pools shut down because the water they drew was too polluted to swim in. 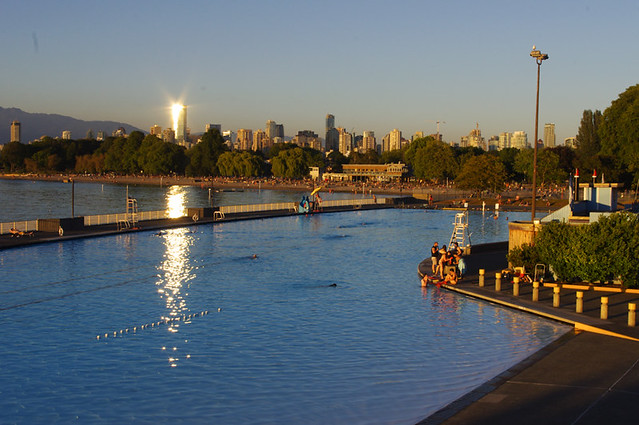 In 2018, the pool underwent renovations that included removal and replacement of the pool basin membrane, repairs to the pool deck, and addition of pumps to replenish sea water and for dewatering. Improvements to the concrete, new pool coating, and control joints meant less water would escape. Prior to the upgrades 430,000 gallons of potable water were used a month to top the pool.

Also that year, Red Bull declared Kits Pool #3 on the list of “World’s Sexiest Pools to Train In”. 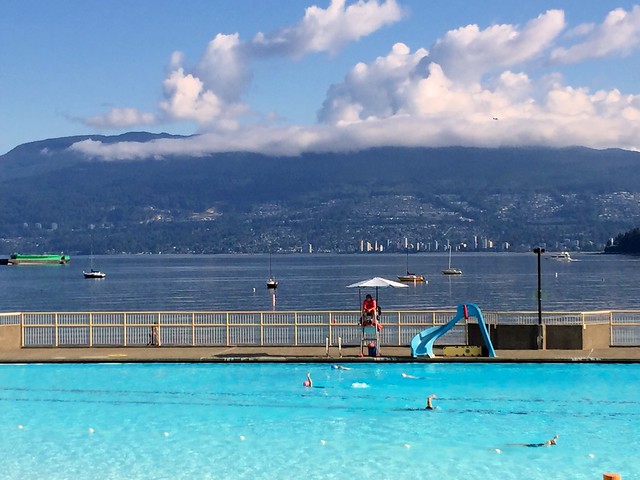 For the summer of 2020, Kits Pool is opening later than usual this year due to prevention of the spread of novel coronavirus. CTV has the details:

Outdoor pools will be open for a combination of lap swimming and public swimming sessions. Those who plan to use the pools need to arrive already in their swim suits, as change rooms will not be open. Washrooms will be open, however. Physical distancing protocols will be in place at entrances and exits throughout the facilities, the city says.

Lap swimmers will have to book a 45-minute period, while casual swimmers can book 90 minutes. Between appointments, there will be a half-hour “buffer” where facilities will be sanitized and prepared for the next group, the city says. Admission to pools will be partly managed by online reservations, though swim periods can be booked by in-person drop-ins as well.

All payments will be contactless and electronic, meaning cash will not be accepted. Park Board Flexi passes also can’t be used, though Leisure Access Pass holders can make reservations. 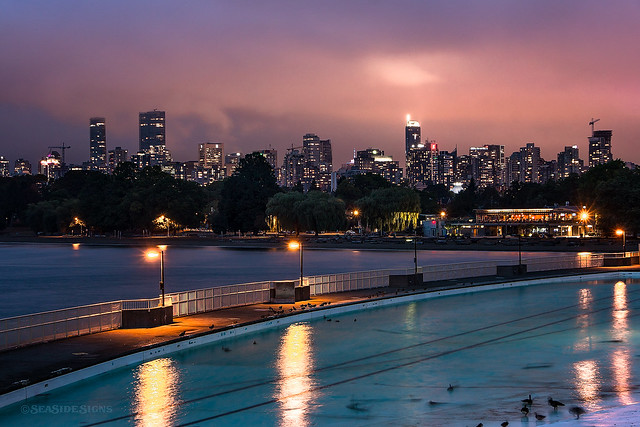 Also on Miss604.com
« Bill Reid Gallery of Northwest Coast Art: To Speak With a Golden Voice
Things to do in Vancouver This Weekend »