It was created in 2008, when Surrey was named a Cultural Capital of Canada, and over the last decade it’s won awards and attracted hundreds of thousands to enjoy its spirit, culture, music, and of course – food! The Surrey Fusion Festival is legendary, known for its pavilions that celebrate dozens of countries that weave the fabric that makes up this vibrant city (and my hometown).

Now in its 12th year, the two-day event will see participation from over 55 pavilions, where attendees can experience art and cuisine, while learning about history and traditions from international cultures. 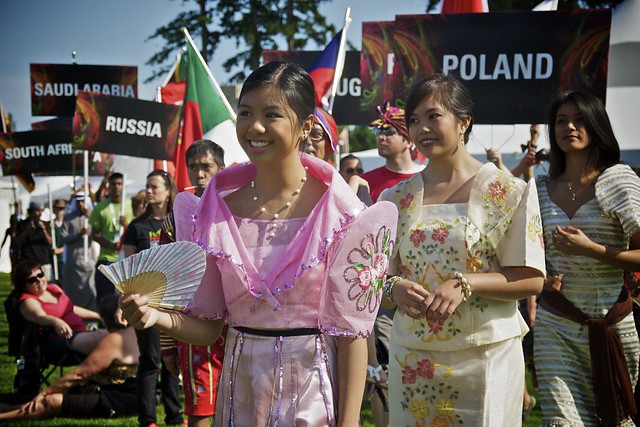 Nigerian Afro pop artist 2Baba and Indian-Punjabi singer Sharry Mann will headline Surrey Fusion Festival. This will be the first time the annual free event will see international headliners perform for both Saturday and Sunday night.

Known by his stage name 2Baba, the Nigerian singer song-writer and record producer is one of the most established musical artists in Africa, having won multiple international music awards, including four MTV Africa Music awards. Sharry Mann is a Punjabi singer and actor recognized as a leader in the Punjabi music industry. He is known for his most popular song 3 Peg, which has garnered over 360 million views on YouTube. Also performing is well-known Canadian electro-soul band, Busty and the Bass. The band is known for its unique brand of music, which incorporates two vocalists, a horn section, and a diverse range of musical genres.

UPDATE Mankirt Aulakh has been added to the Surrey Fusion Festival line up. He will be playing at the Concord Pacific World Music Stage on July 21 at 5:30pm instead of Sharry Mann.

I have $50 in food tickets to give away to the Festival! Here’s how you can enter to win:

UPDATE The winner is Jeanne!

Also on Miss604.com
« Things to do in Vancouver This Weekend
RENT on Stage in Vancouver: Win Tickets and Dinner »