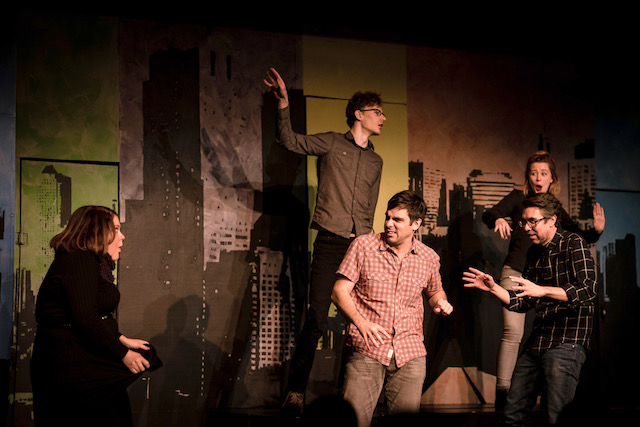 Throwdown – International TheatreSports Festival welcomes TheatreSports™ teams from other cities who bring their ‘A-Game’ to head-to-head matches with each other including local teams comprised of VTS’ top improvisers.

Local teams comprised of VTS ensemble members play in a classic TheatreSports™ round-robin competition for bragging rights of the best team in Vancouver. The laughs start to flow based on suggestions from the audience, and things can quickly become quite partisan as audience members cheer on their favourite performers. As in all classic TheatreSports™ matches, the final outcome is determined by audience judges scoring each of the ‘games’ within a match. The team with the most points wins.

On the last evening, January 27, the winners of the international competitions play with the local victors from the previous weeks in a winner-takes-all laugh fest. Get your tickets now and beat the winter blahs!

Also on Miss604.com
« 10,000 Tulips at Metropolis at Metrotown for a Cause
Win an Epic Okanagan Experience with SilverStar »