The official website states: “The Wild Pacific Trail will weave itself into your soul”. From the get-go, you know this western Vancouver Island experience going to be good. 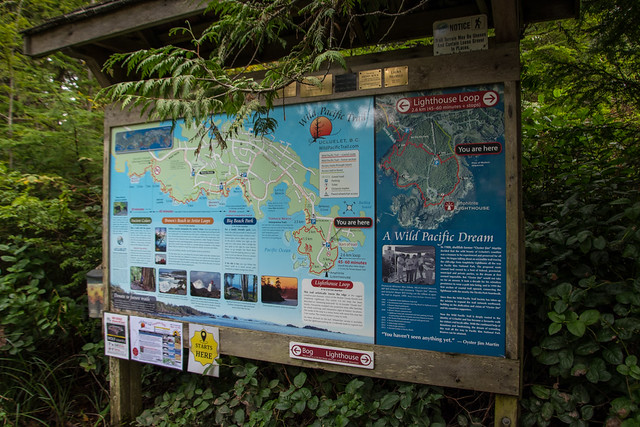 I visited Ucluelet in late autumn, just before the cozy, moody storm season kicked in, and the evergreen region was just as gorgeous in the crisp early November sunlight. Sea spray dripped off blankets of moss covering wind-twisted trees, and the rolling waves helped the lighthouse buoy’s enthusiastic bell chime like a motion picture score for our walk. 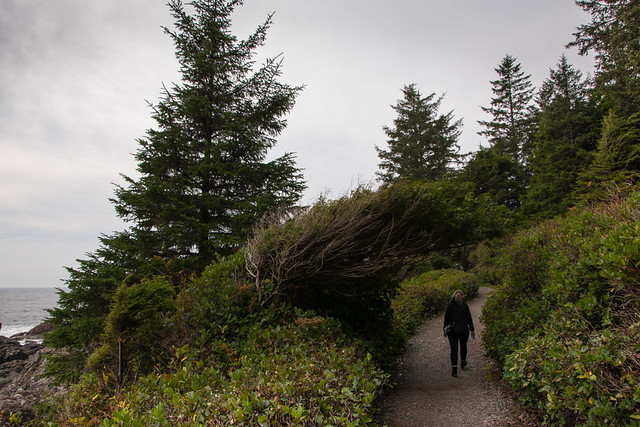 I met up Wild Pacific Trail interpretive guide Silva Johansson in the Whale Lot. “It’s one of the best things to ever happen to Ucluelet!” Silva declared. Whether she’s leading an interpretive walk, doing land-based whale watching, or chasing a late winter storm, she spends most of her time on the trail which is free and open to the public. 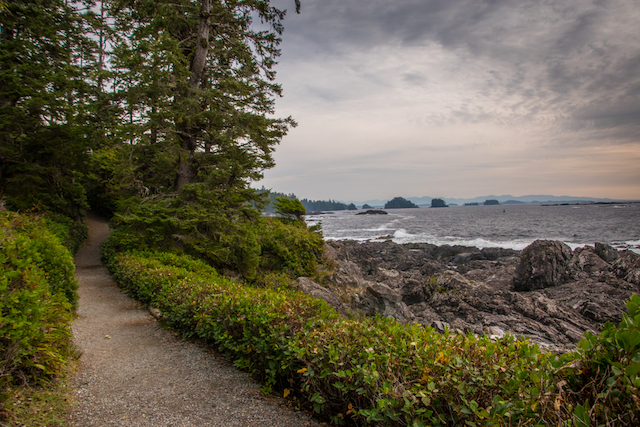 “It’s like having box seats at a stadium for a show,” it’s the closest, safest storm watching locale. In fact you can get so close to the action from the trail that you can experience what she calls the “West Coast Spa Treatment” — sea salt and oxygen, spraying and exfoliating… naturally! Pro tip: Bring a towel to dry off in your car before heading back home. 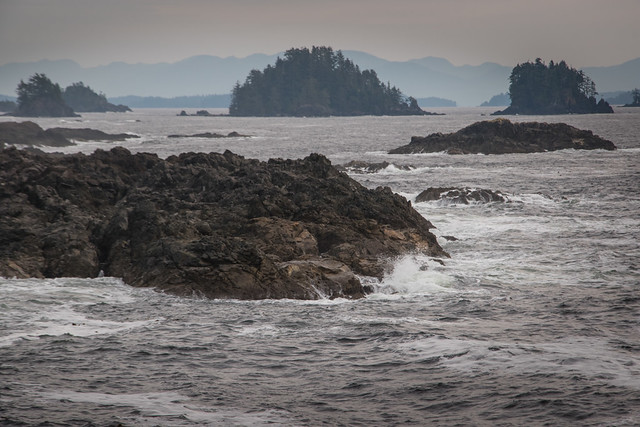 The Wild Pacific Trail is the vision and initiative of Ucluelet’s “Oyster Jim” Martin in action. Built with funds donated to the Wild Pacific Trail Society, the ultimate goal is to extend the trail to Pacific Rim National Park in partnership with landowners. Silva says it’s up to the ocean as well, it’s an ongoing negotiation with nature. 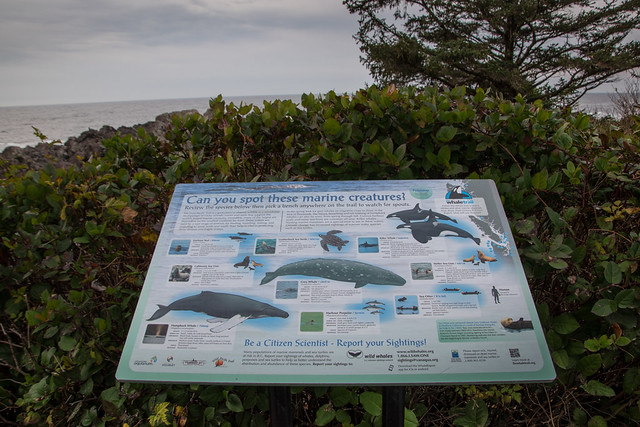 We walked the Lighthouse Loop with panoramic views of Barkley Sound and the Broken Group Islands. Silva pointed out the flora and fauna, how the yew stands tall on the wind-swept coastline and how the cedar holds a bent position like a dancer frozen mid-frame. 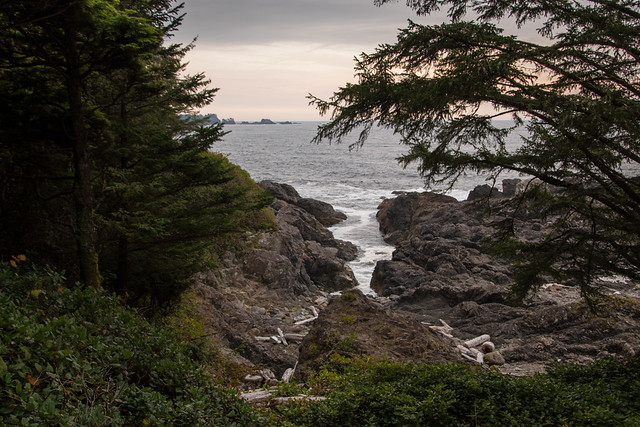 She pulled out a shipwreck map as the tumultuous waters became known as the Graveyard of the Pacific, due to the tragic frequency of such events over the last few centuries. 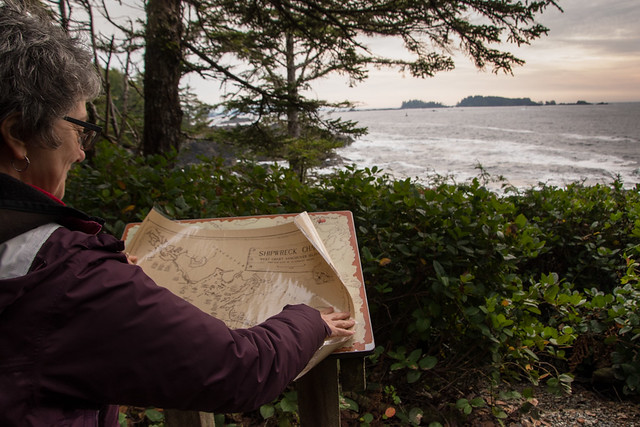 Further along the trail, a designated love lock post with wedding and anniversary commemorations, and doting declarations of affection. 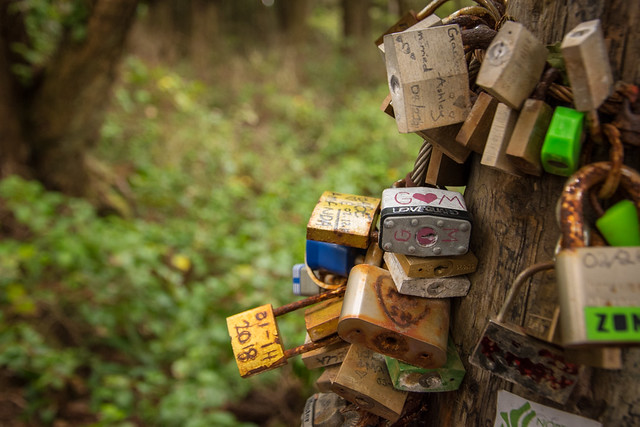 We reached our loop’s namesake, the sturdy and steadfast Amphitrite Lighthouse. Photo ops, interpretive signs, more wave watching. The sea was calm during our visit, calm only compared to storm season when surges incessantly swallow the lighthouse path. 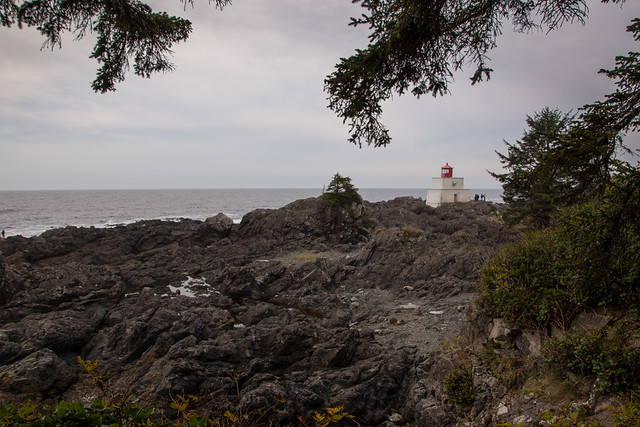 Follow the trail, come to a new lookout, spot new sea life, take more photos — and then even more photos. Rest at one of the many benches perched at scenic vistas and binge watch nature’s Netflix. 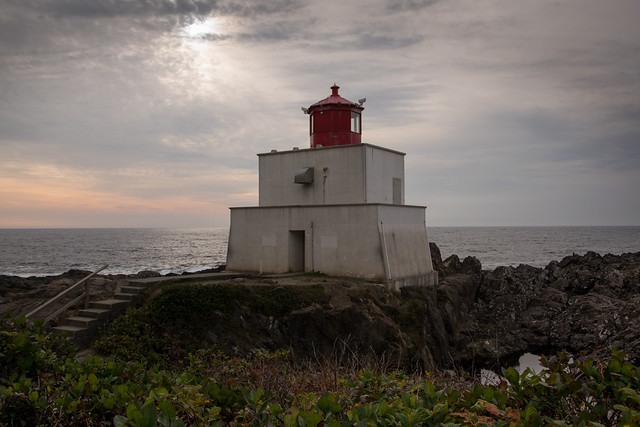 I love a good rainforest walk, better yet one that’s right on the rugged West Coast of Vancouver Island. This one has spectacular natural elements, education and conservation, crashing surf, wildlife viewing, and the soul of the community all rolled into one. 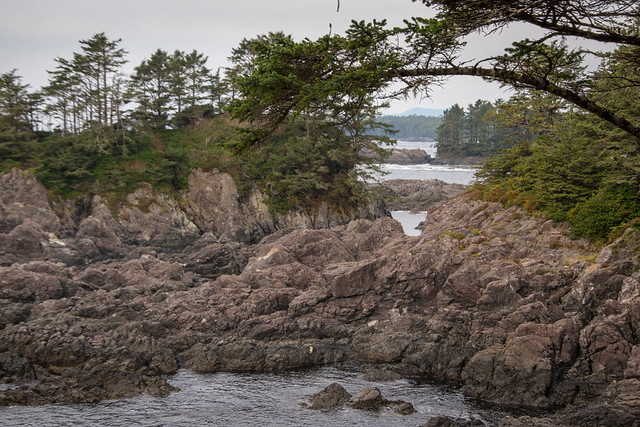 Follow my Insta-Story to see what my sister and I got up to in real-time during our Ucluelet visit.

Share172
Tweet17
Share
Pin67
Email
Reddit
WhatsApp
256 Shares
Current Contests on Miss604
*All contests are open to residents of Canada only, unless otherwise stated. Contest timelines are published on each individual post along with entry methods. Some contests may only be open to those 19 years of age and older. Winners are announced on the contest blog posts. Contest policy »
Comments are closed on this post
Advertisement

Also on Miss604.com
« Things to do in Vancouver This Weekend
Wedding Shows in Vancouver and the Fraser Valley 2019 »