The new Layer Up brew was inspired by a recent trip to Nashville at the World Beer Cup, the most prestigious beer competition in the world. The Stanley Park Brewing team tasted a Italian olive cake with FROG (fig, raspberry, orange and ginger) jam for dessert and decided to find a way to bring these flavours to life through beer. 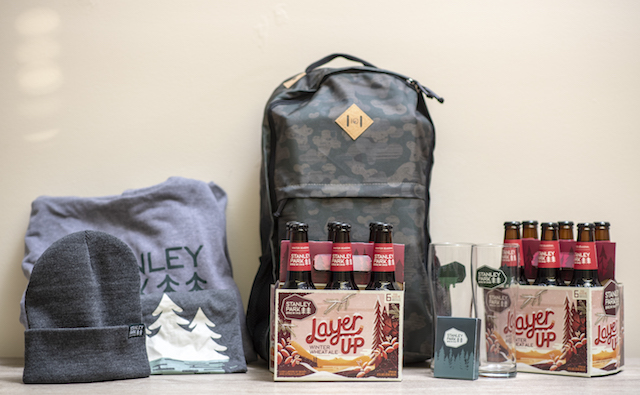 Layer Up represents the colder winter months and encourages people to embrace the season. It’s refreshing taste comes from its flavour profile from Southern USA and is a layered beer – at first, you can smell the raspberry, taste the orange and fig and its ends with a refreshing taste of ginger. Layer Up is dry hopped with Amarillo with a 5.2% alc./volume and and 18 IBU.

I have a Stanley Park Brewing Layer Up prize pack to give away that includes: Two 6-packs of Layer Up, a TenTree Backpack, a sweatshirt, t-shirt, toque, card deck, and glassware. Here’s how you can enter to win:

Update The winner is @dlinwood!

Also on Miss604.com
« Things to do in Vancouver This Weekend
Festive Activities in Coquitlam in December »