Concord’s New Year’s Eve Vancouver has announced the lineup of performers who will delight and entertain revellers at what will be one of Vancouver’s largest New Year’s Eve parties.

When: December 31, 2018 from 7:00pm to 12:15am
Where: Canada Place Way & inside the Vancouver Convention Centre
Admission: Free outside, ticketed events and shows inside
Fireworks: 9:00pm for kids and again at 12:00am 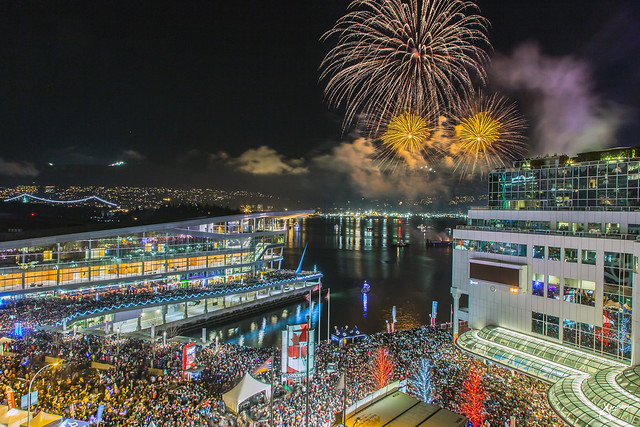 Countdown Central, the all-ages party on the main floor of the Vancouver Convention Centre, will feature performances throughout the night from the ShowStoppers, Nearly Neil & the Solitary Band, Shawn Austin, MEI Screaming Eagles Marching Band, and The Tourist Company. Upstairs in the VIP lounge, The Paperboys and Groove & Tonic will be performing. Both indoor parties will feature fully-licensed bars.

With over 100,000 attendees, Concord’s New Year’s Eve Vancouver is a family-friendly and fully-inclusive celebration of the biggest night of the year, and includes both a free outdoor celebration at Jack Poole Plaza as well as an electric indoor party, held inside the beautiful Vancouver Convention Centre, with two tiers of tickets currently available for purchase.

Reminder: All TransLink services will be free from 5:00pm on December 31 until 5:00am on January 1. Those attending the celebrations are advised to take advantage of the free transit as parking near the venue will be extremely limited and there will be road closures near the event.