The 20th edition of the CP Holiday Train is ready to support communities and raise awareness​ across Canada as it sets out to visit 164 cities and host free events in November and December. There are 16 stops in BC, from Golden to Port Coquitlam, with each featuring an opportunity to view the impressive train-long light displays and enjoy a free concert. 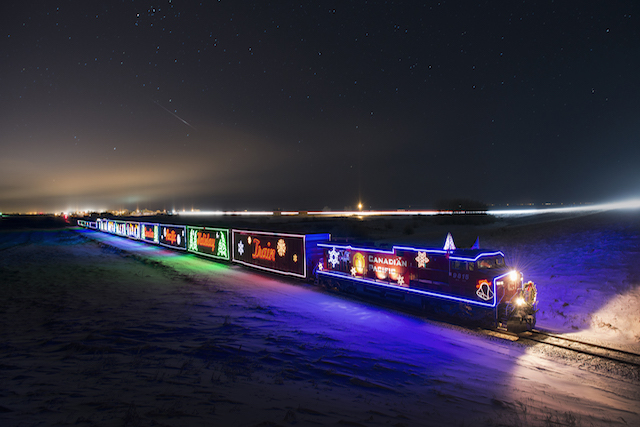 Sam Roberts Band, Kelly Prescott and Tracey Brown will roll up into the Fraser Valley on December 17th for a show stop in Agassiz, then head over to Haney-Maple Ridge for another, and will end the night in Pitt Meadows. The train will roll on December 18th with the two final stops and performances in Port Moody and Port Coquitlam. 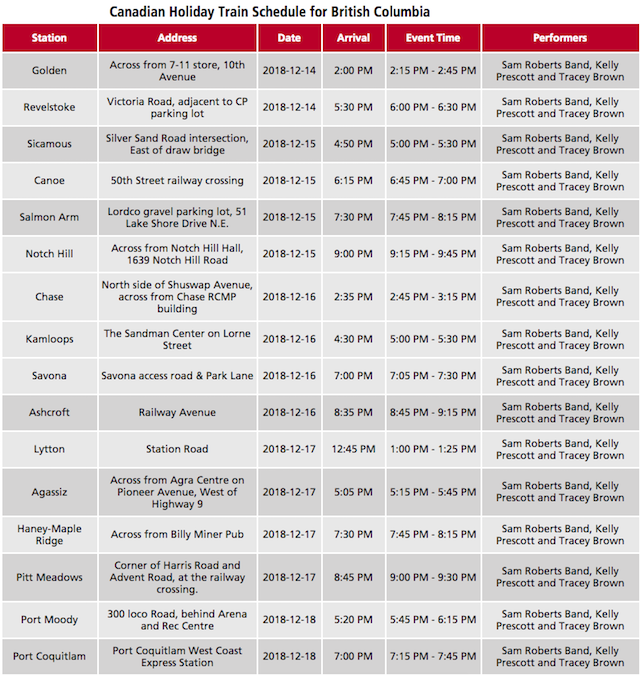 How The Events Work

When the train arrives it will pull to a safe stop in front of the crowd in attendance. The stage door lowers and the band opens with its first song. After that, a brief presentation takes place with local food bank officials and other dignitaries.

Once complete, the band resumes performing a mix of traditional and modern holiday-themed songs. The whole event lasts about 30 minutes, and once the band plays its farewell show, the boxcar door closes, and the train slips off into the night on its way to the next stop.

The spectacular event is free to attend, but you are encouraged to bring healthy donations for the food bank. Every pound of food and dollar raised at each stop stays with the local food bank to help feed those in need in that community. 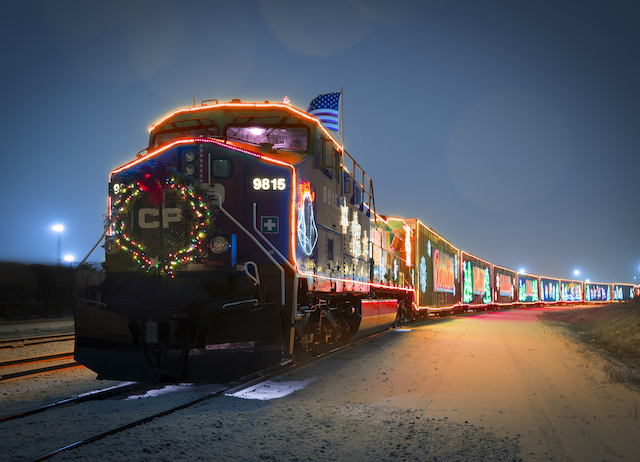 The CP Holiday Train program launched in 1999 and has since raised more than C$14.5 million and gathered 4.3 million pounds of food for communities along CP’s routes in Canada and the United States.

Also on Miss604.com
« Maple Organics is the Best New Business in Surrey: Win a Gift Set
How Did I Not Know There Was a Dumpling Trail in Richmond »