The hit CBC Kids’ series The Gumboot Kids is coming to North Vancouver and Vancouver. Families are invited to join singer-songwriter Jessie Farrell as she sings songs from the groundbreaking series. 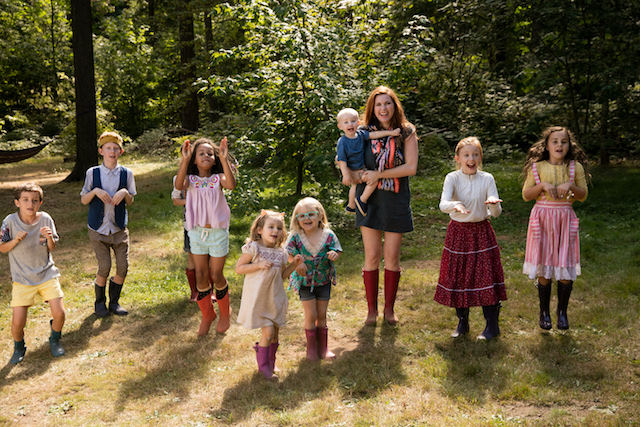 Fans will have an opportunity to meet and mingle with Jessie, Scout, Daisy and other special guests from CBC Kids, including Daniel Tiger and True from True and the Rainbow Kingdom. All three seasons of The Gumboot Kids are available for streaming on the CBC TV app and online.

When: Saturday, October 27, 2018 at 2:00pm
Where: Highlands Elementary, North Vancouver
Tickets: Available online now for $20 for adults, $15 for kids and children under three are free. Discounted family packs and group rates are also available.

When: Sunday, October 28, 2018 at 4:30pm
Where: West Point Grey Community Hall, Vancouver
Tickets: Available online now for $20 for adults, $15 for kids and children under three are free. Discounted family packs and group rates are also available.

Vancouver-created television series Scout & The Gumboot Kids (along with spinoff shows Daisy & The Gumboot Kids and Jessie & The Gumboot Kids) has been winning the hearts of children across Canada with its lovable characters, gentle tone and emphasis on nature play and mindfulness. The series is also earning accolades around the world including honours from the prestigious Munich Prix Jeunesse Award, NHK Japan Prize and The Parents Choice Award. The Gumboot Kids is endorsed by both the David Suzuki Foundation and the UCLA Global Media Centre for Social Impact.

The songs from The Gumboot Kids soundtrack are written, co-produced and performed by North Saanich-based artist Jessie Farrell. Having established herself as Canada’s country music sweetheart—winning top honours from the Canadian Country Music Association, touring and writing with the biggest acts in country music, and building a loyal and loving fanbase from coast to coast—Jessie pivoted to children’s and family music in 2011 after her first child was born. She has since released three family albums featuring music from The Gumboot Kids, including the Western Canadian Music Award-nominated album, Sparkle & Shine.

I have a family 4-pack of tickets to give away to the North Vancouver show. Here’s how you can enter to win:

Update The winner is Tiff!