The Chan Centre for the Performing Arts at the University of British Columbia presents jazz heavyweight Joshua Redman with the critically acclaimed band Still Dreaming on November 13th. 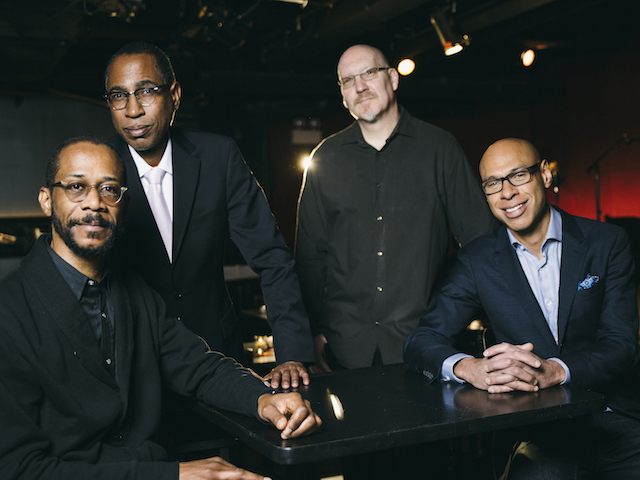 Redman, one of the world’s most renowned saxophonists, pays tribute to the highly revered quartet Old and New Dreams, of which his father Dewey Redman was a member. Joined by three of the most imaginative musicians in contemporary jazz — Ron Miles on trumpet, Scott Colley on bass, and Brian Blade on drums — the bandleader embarks on an uninhibited, unpredictable exploration of the free jazz of the 1970s and ’80s.

Despite a musical upbringing, Redman initially eschewed the professional musician path and graduated from Harvard College with a bachelor’s degree in social studies. He was on his way to Yale Law School when he decided to defer for a year to join friends in Brooklyn. What began with a few jam sessions with some of his generation’s best musicians — Peter Bernstein, Larry Goldings, and Kevin Hays, among others — soon led to full immersion in the local jazz scene. Five months after moving to New York, Redman won the prestigious Thelonious Monk International Saxophone Competition. Within another 18 months, he was signed by Warner Bros. and released his debut studio album, Joshua Redman, which earned a Grammy Award nomination in 1993.

When Redman decided to create a tribute band, he turned to Ron Miles, Scott Colley, and Brian Blade. Each musician has a corresponding, personal connection to his father’s original 1970s quartet. Miles embodies the contemporary spirit of trumpeter Cherry; Colley studied under and was closely mentored by his personal icon, bassist Haden; and Blade is deeply embedded in New Orleans drumming traditions that defined Blackwell’s distinctive style.

The Chan Centre has offered up two tickets for a lucky Miss604 reader to see Joshua Redman: Still Dreaming. Here’s how you can enter to win:

Update The winner is Jazzy!

Also on Miss604.com
« Things to do in Vancouver This Weekend
Halloween at Historic Stewart Farm »