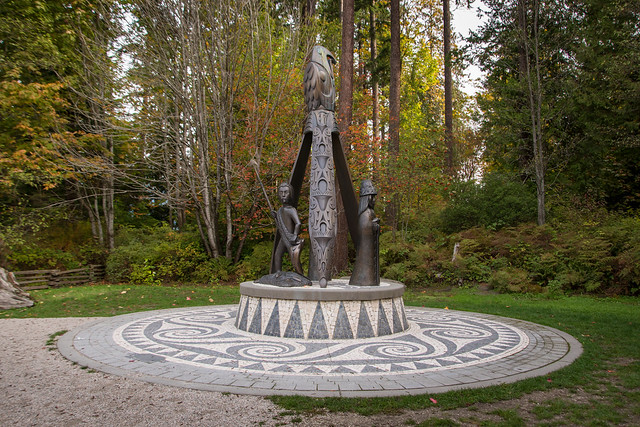 Shore to Shore is a tribute to Portuguese adventurer Joe Silvey (“Portuguese Joe”). He was born and raised on Portugal’s Altantic Azores Islands, though after several adventures, Joe found himself on the Pacific, and an early pioneer of Vancouver’s Gastown.

[Source: The City of Vancouver]

Standing at the village site of X̲wáýx̲way, the sculpture was carved in yellow cedar, then cast in bronze. The three figures are:

Artist Luke Marston is the great-great-grandson of Portuguese Joe and Kwatleemaat. 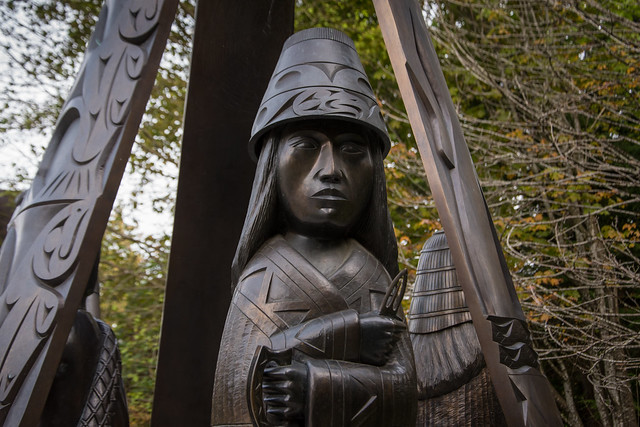 Silvey and Khaltinaht, and later Kwatleematt, lived in a mixed-race community at Brockton Point, near where the sculpture is located, until the family moved to Reid Island around 1878 to escape growing racism. 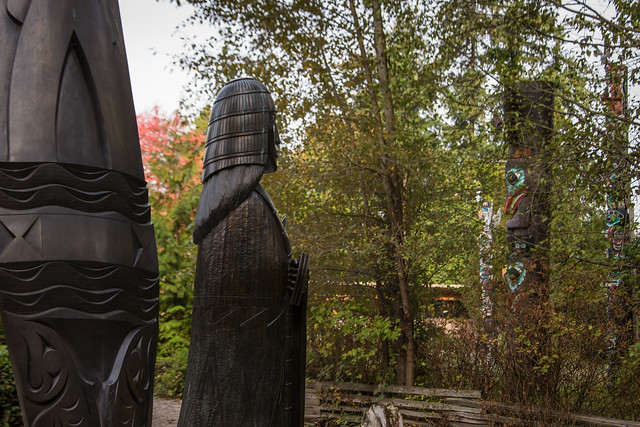 The large bronze sculpture is surrounded by engraved Portuguese stone. It marks the land’s rich heritage, and symbolizes unity for the Vancouver’s present-day diverse inhabitants. You can follow the story of Shore to Shore here, and be sure to visit it next time you’re in the park.