From Joe Ink, and Vancouver dance luminary Joe Laughlin, comes the world premiere of Joe: A Solo Show, three nights only at the Scotiabank Dance Centre. 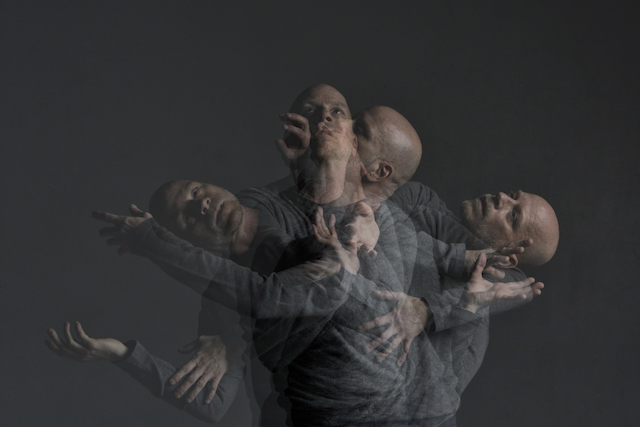 The culmination of a profound process of personal, physical, and artistic discovery, the solos are skillfully woven together with voiceover by the artists to create a richly nuanced tapestry that encapsulates Laughlin through the eyes of each of his esteemed colleagues.

Amber Funk Barton, to whom Laughlin has been a mentor, is the artistic director of Vancouver-based dance company ‘the response’. As a choreographer, Barton has had her work presented in various venues in Vancouver, across Canada, and internationally at the Chapter Arts Centre in Cardiff, Wales and the NW New Works Festival in Seattle, WA.

When internationally esteemed Italian-Canadian dancer and choreographer Gioconda Barbuto shared the Clifford E. Lee Award for Choreography with Laughlin in 1996, the two became dear friends and artistic collaborators. In addition to her celebrated career as a performer with Les Grands Ballets Canadiens and Nederlands Dans Theater III, she has unflaggingly pursued her choreographic calling, creating detailed, dynamic friezes of full-bodied gesture, marked by her innate musicality.

Internationally lauded dancer and choreographer Vincent Mantsoe has shared his uniquely spiritual and compassionate approach to dance with audiences around the world. Hailing from the South African Township of Soweto, Mantsoe danced with Moving Into Dance Mophatong (MIDM), one of the first integrated dance companies in South Africa. Currently based in France, Mantsoe has been recognized for his excellence with prestigious awards in South Africa, Angola, France, Canada, and the United States.

I have a pair of tickets to give away to the performance on October 18th, here’s how you can enter to win:

Based in Vancouver BC, Joe Ink is renowned for it’s versatility. Described as “wickedly sophisticated, unusual and daring” the company balances local performances and projects in partnership with national and international artists and organizations. Led by founding Artistic Director Joe Laughlin, the company’s mission is to engage and inspire people through the medium of dance, pushing the edge creatively as professional artists while strengthening community through dance.

Update The winner is Nick!

Also on Miss604.com
« Buy-Low Vintage Market for Variety BC
Vancouver Photos of the Week »