The first fashion-focused presentation in the history of the Vancouver Art Gallery will feature the Canadian premiere of Guo Pei: Couture Beyond, October 13, 2018 to January 20, 2019. Organized by the Vancouver Art Gallery in collaboration with Atlanta’s SCAD FASH Museum of Fashion + Film, this exhibition features more than forty breathtaking designs by China’s foremost couturière. 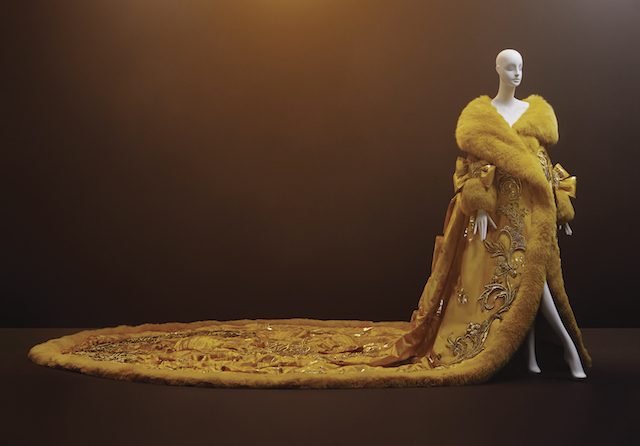 Tracing the evolution of Guo’s design sensibility over ten years, Guo Pei: Couture Beyond begins with significant examples from her early collections, Samsara (2006), An Amazing Journey in a Childhood Dream (2008) and 1002 Nights (2010), with a lively installation in the Gallery’s rotunda of the collection from Guo’s 2015 MAC Cosmetics collaboration.

It continues with a number of works presented in Guo’s Legend of the Dragon (2012) collection, which animates the mythical dragon motif that figures prominently in the Chinese zodiac. Guo’s critically lauded Paris Collections conclude the exhibition: shimmering metallics from Encounter (fall 2016) and ornate garments inspired by Switzerland’s Cathedral of Saint Gallen in Legend (spring 2017).

The Vancouver Art Gallery will host two public programs in association with this exciting exhibition:

A talk with designer Guo Pei facilitated by renowned fashion journalist and best-selling author Bronwyn Cosgrave. Presented in both English and Mandarin, this event will shed light on Guo as an artist whose medium of expression is fashion while examining the designer’s oeuvre of contemporary works revitalizing long-lost traditions. 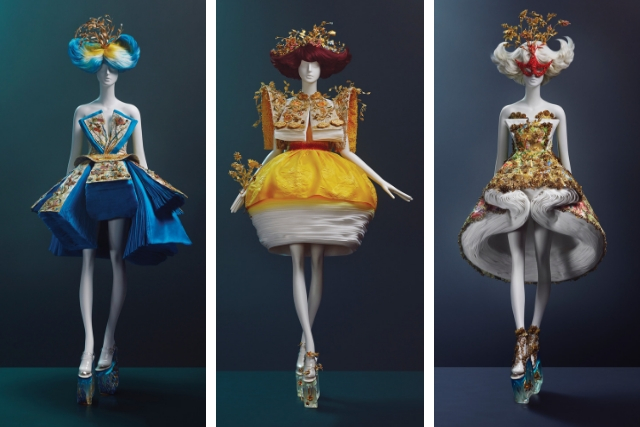 The second public program, BuYun Chen on the work of Guo Pei and the globalization of Chinese Fashion, will take place on Tuesday, January 15, 2019 at 7:00pm in Room 4East at the Vancouver Art Gallery.

I have a pair of tickets to give away to A Conversation with Guo Pei and Bronwyn Cosgrave on October 9th, as well as two passes to the Vancouver Art Gallery for a lucky Miss604 reader and a guest to check out this exhibition (opening October 13).

I will draw one winner at random from all entries at 9:00am on Saturday, October 6, 2018. Follow the Vancouver Art Gallery on Facebook, Twitter, and Instagram for more information about this exhibition, events, and their permanent collection.

Update The winner is Carolyn C!