The Chan Centre presents Balkan composer and bandleader Goran Bregović and His Wedding and Funeral Band on October 21st. Drawing on the traditional Balkan rhythms and soulful Romani folk tunes of his homeland, Bregović makes his Chan Centre debut in this exclusive, sold-out evening with a program of all-time favourites and new songs from his latest album, Three Letters from Sarajevo.

Goran Bregović at the Chan Centre 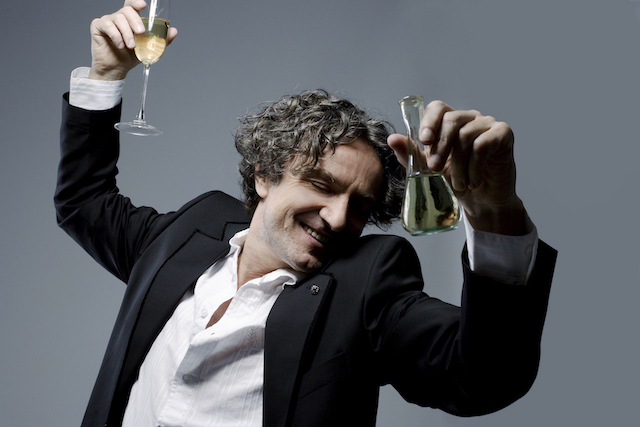 The charismatic artist is “a musical spectacle unlike anything else on North American stages” (San Francisco Chronicle) and has collaborated with such greats as Iggy Pop, Cesária Évora, and Asaf Avidan.

Throughout his career, Bregović has remained unmistakably Balkan with his uplifting and eclectic melodies. For almost 20 years, Bregović and his Wedding and Funeral Band, which varies in size from nine to 19 depending on the occasion, have been on a never-ending world tour that so far has included more than 1,000 shows. Demonstrating the unique tone and multicultural influences in his work, Bregović’s concerts are known for being triumphant affairs that emphasize a love of music that is undeniably intoxicating.

Performing for the first time at the Chan Centre, Bregović and his Wedding and Funeral Band will play a selection of all-time favourites, such as Bella Ciao and Presidente, alongside new songs like Baila Leila and Pero from Three Letters from Sarajevo. A meeting place for Muslims, Christians, and Jews before the Balkan Wars, the city of Sarajevo has influenced Bregović’s music throughout his career.

In this new album, Bregović celebrates his birthplace and its cultural history with a mixture of foot-stomping percussion and haunting Bulgarian, Georgian, and Corsican chants for a night of jubilant sounds and lively entertainment.

The Chan Centre has offered up two tickets for a lucky Miss604 reader to see Goran Bregovic. Here’s how you can enter to win:

Update The winner is Natasha!

Also on Miss604.com
« Dress for Success Vancouver’s Success Luncheon
Things to do in Vancouver This Weekend »