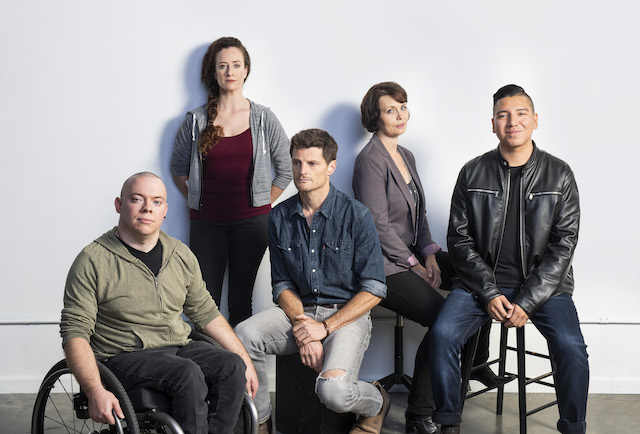 Jake (Bob Frazer) is a single dad and cares for his teen son Joey (Adam Grant Warren) who has a severe disability. Handling Joey’s puberty is hard enough, but when Jake develops a serious medical condition he becomes the one to rely on the people around him, including his sister Twyla (Luisa Jojic), his secret lover Robyn (Corina Akeson), and Joey’s buddy Rowdy (Braiden Houle). As Jake’s condition worsens, an ethical dilemma troubles the household as everyone is forced to consider the possibility of saying goodbye.

Update The winner is Kim!

Also on Miss604.com
« Halloween Events at Historic Sites Near Vancouver
Things to do in Vancouver Thanksgiving Long Weekend 2018 »