The Chan Centre for the Performing Arts at UBC introduces to Vancouver audiences the ethereal harmonies of I’m With Her on September 30th in the Chan Shun Concert Hall. The exquisite vocal and instrumental arrangements by Sara Watkins (fiddle), Sarah Jarosz (mandolin), and Aoife O’Donovan (guitar) will command the stage in their first Canadian performance on the Overland Tour celebrating the release of their debut album See You Around. 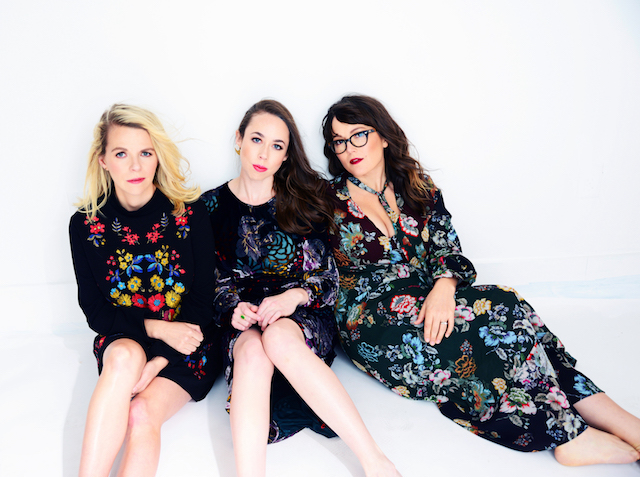 The multi-Grammy Award winning “alliance of Americana virtuosos” (New York Times) has earned critical acclaim for their first collaboration, but each came onto the scene of folk and progressive bluegrass music on their own merit. Watkins, Jarosz, and O’Donovan were well aware of one another’s career over the years, but it wasn’t until an impromptu performance at the 2014 Telluride Bluegrass Festival that they came together for the first time as artists. The ease with which they fell into a rhythm in that initial concert motivated them to form a band.

The name — I’m With Her — predates the political machinations of the 2016 presidential election in the United States, but nevertheless speaks to the solidarity the three found in one another amidst a conservative bluegrass realm, historically monopolized by male musicians.

Their distinct voices and instrumental plucking come together as a single instrument in concert, emphasizing their nuanced understanding of perfectly balanced melodies. See You Around features hits like “Game to Lose,” “I-89,” and “Wild One,” and was co-produced by Ethan Johns, who has also worked with Paul McCartney, Rufus Wainwright, and Ryan Adams.

The Chan Centre has offered up two tickets for a lucky Miss604 reader to see I’m With Her. Here’s how you can enter to win:

Update The winner is Kelly!