JFL NorthWest presents Vancouver’s own Chris Griffin – the comedian, not the cartoon character – for two performances at The Biltmore Cabaret on October 18, 2018. Vancouver-based Chris Griffin has established himself as one of comedy’s most dynamic storytellers and you can attend this show which will be part of a live comedy taping.

Chris Griffin at the Biltmore 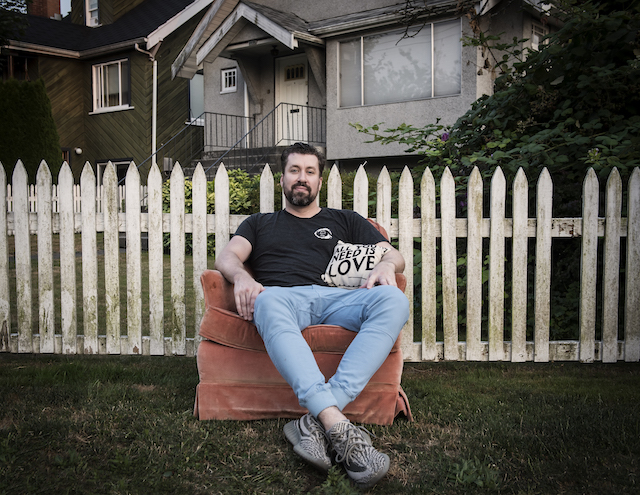 After winning the Great Canadian Laugh Off, Chris set his academic degrees aside (BAs in English and Political Science), quit his stable job, sold his house, and hit the road to do what he loves best – drinking, making people laugh, and reclaiming his name after enduring over a decade of awful “Family Guy” jokes.

It was a gamble that paid off. In 2016, he became the only Canadian comic in over 40 years to reach the finals at the prestigious San Francisco International Comedy Competition. That same year, he won top prize at Yuk Yuk’s Comedy Competition here in Vancouver.

He has been featured at JFL NorthWest, Vancouver’s Just For Laughs Festival, for three consecutive years and has shared the stage with such notable comedians as Norm Macdonald, Doug Stanhope, and Bert Kreischer. At this year’s Festival, Griffin was the only local comedian to appear on Ari Shaffir’s infamous “Renamed Storyteller Show”.

Griffin’s enthusiasm to dive into life’s wildest experiences without any consideration for the consequences has made him a uniquely entertaining storyteller and a favourite at festivals and clubs across Canada and the U.S. As if that’s not enough, in 2018 he picked up the “Rampant Male Shirtlessness Award” at the inaugural JFL NorthWest Comedy Awards. Shirt on or off, things are looking up for ol’ Griffo.

I have a pair of tickets to give away to Chris Griffin’s 7:00pm show, here’s how you can enter to win:

Update The winner is Ana!