Whalley Little League is once again taking the Little League World Series by storm in Williamsport, and while they enjoy their time on the world stage, locals in North Surrey know how important this organization is to the community year-round. I grew up in the area and aside from having one of the best playgrounds around, the ballparks bring the neighbourhood – and the city – together to celebrate teamwork, sportsmanship, and family. 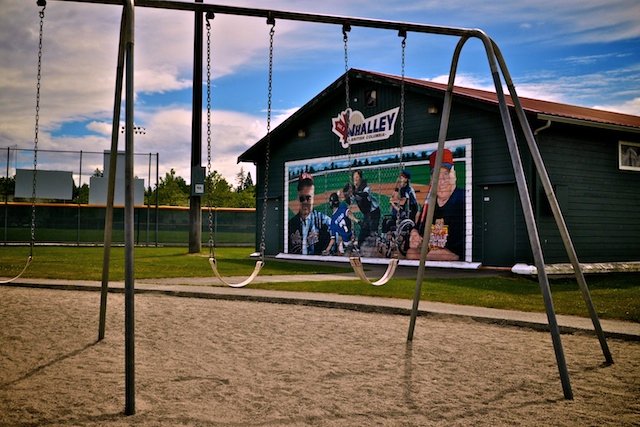 I recently came across an article about how the Whalley Athletic Park came to be, and it seems that it is its own Field of Dreams story. If you build it, they will come… and play, and win national championships.

The Field of Dreams in Whalley

Source: Opposite The City (quoted with permission from the author)

In the summer of 1950 Whalley volunteers were transforming a few acres of bush into an athletic park.

Inspired by the spirit of volunteerism fostered by flood relief work in 1948, local women had banded together, under the name of the Whalley Community Guild, to make a local playground for children, whilst men under the rubric of the Whalley Business Men’s Association, undertook to build a ball park.

The women had already demonstrated what they could do. They had created Tom Binnie Park. As for the men of Whalley, wrote Helen Carter in 1949: “They dreamed of a baseball diamond.”

The men founded the Whalley Athletic Association (WAA), donating funds – $500 each – and their own labor to build a ball park with a first class ball diamond.

It was definitely a community effort from the start, but when big city reporter Erwin Swangard was sent out by the Vancouver Province to cover this small town story, he chose to focus on one man. As Clarice Harkley was the prime mover in organizing the women, so Haddon Bolivar was the leader of the men.

Erwin Swangard was a veteran journalist who had seen much. In 1936 he reported from the spectacle at the Olympic Stadium in Berlin. Yet Swangard marvelled at the initiative and zeal of the local Whalley corps, and watched in admiration of the direction given by their leader, a local chicken rancher.

“All you have to do is drive down King George Highway to the centre of Whalley, turn to the right and there you will discover Haddon Bolivar, vigorously working on his own memorial, the most ambitious sports centre ever undertaken by a community of Whalley’s modest size.”

The goal was to transform 8 acres of “rough bush” into a multi-purpose athletic complex that would include a swimming pool, softball diamonds, tennis courts and a community centre. The jewel in the crown was to be a regulation size baseball diamond and bleachers, fit for league play.

Reporter Swangard applauded the dedication of the local volunteers and the cooperation of the district in buying the property for them. But it is clear that Swangard was most impressed by the initiative and organizational skills of Haddon Bolivar.

It appeared clear to the group of volunteers that “once the project is finished it ought to be named Haddon Bolivar Centre.”

It appears clear also, that reporter Erwin Swangard was inspired by Haddon Bolivar, a man who was, wrote Swangard: “building his own monument.” Under development in May, the park was “opened with a bang” by a baseball tournament on Labor Day weekend, 1950. 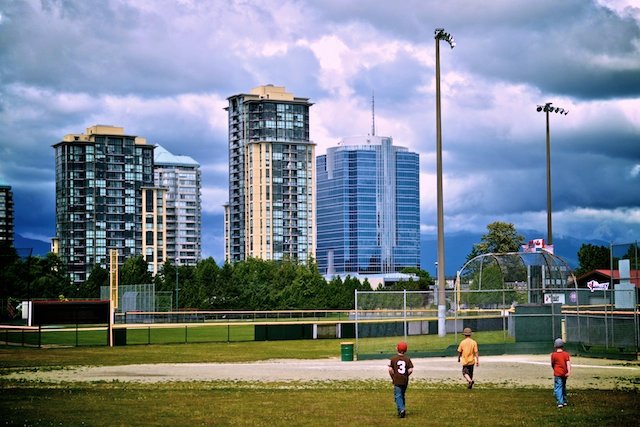 Read the full story via Opposite The City »

Team Canada aka Whalley Little League is enjoying their 6th national championship title, tying them for second most in the country. They are back in action today at the Little League World Series at 3:00pm vs Mexico.