Contributed by Doc Pow of ZenSeekers

Staying on the Edge of Epic at the Historic Lund Hotel

When you get to Lund, you’ve hit the end of the road — or the end of Hwy 101, the world’s longest highway, which stretches south to the tip of South America. The town hugs the rugged coastline of British Columbia’s mainland coast and truly lives up to its original Tla’amin First Nations’ name of Klah-ah-men. Klah-ah-men translates into “a place of refuge, a place to relax,” and that it is.

The Historic Lund Hotel, now under full ownership by the Tla’amin Nation, sits at the entrance to Desolation Sound along the north end of the Sunshine Coast. Here, you’re challenged to leave the road, paddle north of Klah-ah-men and within 40 minute, you will witness 6,000-year-old petroglyphs.

“For our people,” Tla’amin elder, Elsie Paul explains, “Klah-ah-men was a place where we would fish and live off the land.”

Read more about Lund on ZenSeekers.com »

Klah-ah-men (Lund), with its oceanside boardwalk, seaside accommodations, dining and adventure options allows you to reflect on what life might have been like those many years ago. Now the Tla’amin is sharing its culture and practices, so everyone can learn how the Tla’amin not only lived here for years, but thrived.

Historians and story tellers describe how BC’s west coast was populated by thousands of First Nation peoples living within bustling villages and communities. Klah-ah-men is a place to come together, to celebrate and to respect nature. 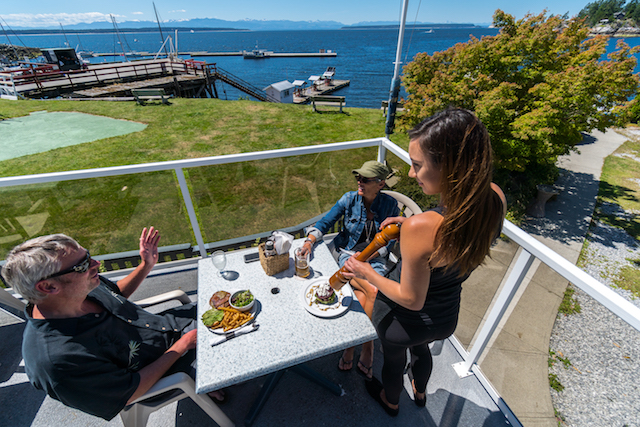 The Tla’amin Nation Experience package, offered by the hotel and members of the Nations’ creative class, welcomes everyone to Klah-ah-men, October 12-14, 2018.

“This is an opportunity for our people to share our stories and for those visiting, to immerse themselves in our culture, to learn our traditional way of life,” explains Lund Hotel manager, Marlane Christensen, a proud Tla’amin Nations member. As part of the two-night accommodation package, guests learn to weave their own cedar basket, take language classes, be a part of an indigenous-led blanket ceremony and much more. 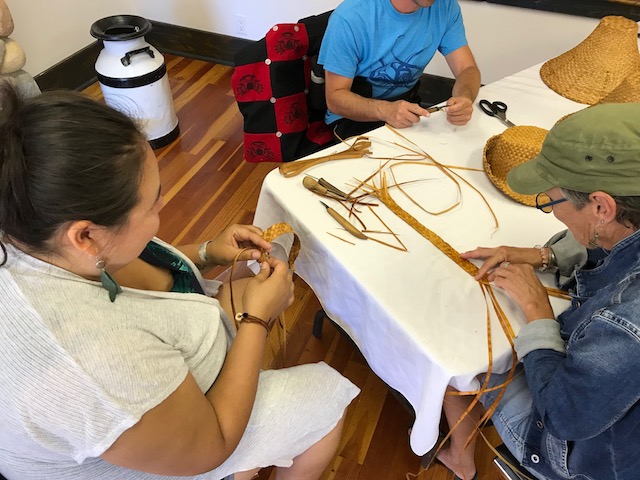 “Blanket ceremonies provide an understanding of how colonization has impacted ancient civilizations and how they have survived,” explains Taxumajehjeh founder, Koosen Pielle, a cultural coordinator and Tla’amin member.

Looking for a piece of real West Coast adventure as part of your Tla’amin Nation experience? Become an honorary member of the Tla’amin canoe family and paddle out into history.

“Canoeing is an integral part to our culture,” explains Tla’amin Nation Cultural Advisor Drew Blaney, “Canoes not only gave us travel and trading potentials, but was also the life blood to sustaining ourselves through fishing and access to the ocean’s bounty.”

Book in for a trip to Lund and know you are going to get a retreat to a refuge.

All guests of the package will receive an autographed copy from Tla’amin elder Elsie Paul, co-author of the book, Written As I Remember It – showcasing the Tla’amin’s way of life and learnings.

For more on, click over to this ZenSeekers story, showcasing Chris Istace, the Mindful Explorer’s take on the Tla’amin Nation Experience.