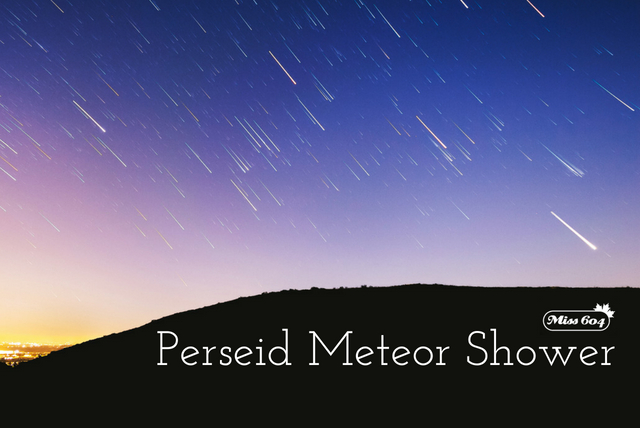 1) It is one of only three yearly meteor showers where its possible to see up to 100 meteors per hour (the other two are in autumn and winter), and

2) the Perseids produce the greatest number of bright fireball meteors, compared to every other meteor shower we know.

When these meteoroids encounter Earth’s atmosphere, they streak through the sky, producing bright flashes of light that we call the Perseid Meteor Shower.

Where to Watch the Perseid Meteor Shower

The shower actually runs from July 17 to August 24, as it takes over a month for Earth to completely traverse the width of the meteoroid stream left behind by Comet Swift-Tuttle. The peak will be August 12-13, and the best time to watch!

Want to catch a glimpse without light pollution from the city getting in the way? Here’s how:

Aldergrove Regional Park
Where: Meet at Aldergrove Bowl entrance at 501 Lefeuvre Road, Abbotsford
When: Saturday August 11, 2018 from 8:00pm to 11:00pm
Cost: $2 per person, drop in anytime
Details: Meet astronomers and space enthusiasts who will have telescopes aimed at the skies. Enjoy lantern-lit trails, games, crafts, blacklight theatres and fun activities from Science World, H.R. Macmillan Space Centre, Langley Environmental Partners Society, and many others. Camp overnight to extend your star-gazing experience. This event is presented with Royal Astronomical Society of Canada.

Read more about the celestial event via the Weather Network.