More than just film, the Festival also hosts performances, workshops, panel discussions, parties and more, creating a unique community space for eleven days each August. With over 70 films from 15 countries, this year’s Festival Spotlights include: decolonizing discipline(s): a two-spirit showcase; RISE: Youth Spotlight; Trans Women On Screen Spotlight; and a Spotlight on The Artist. 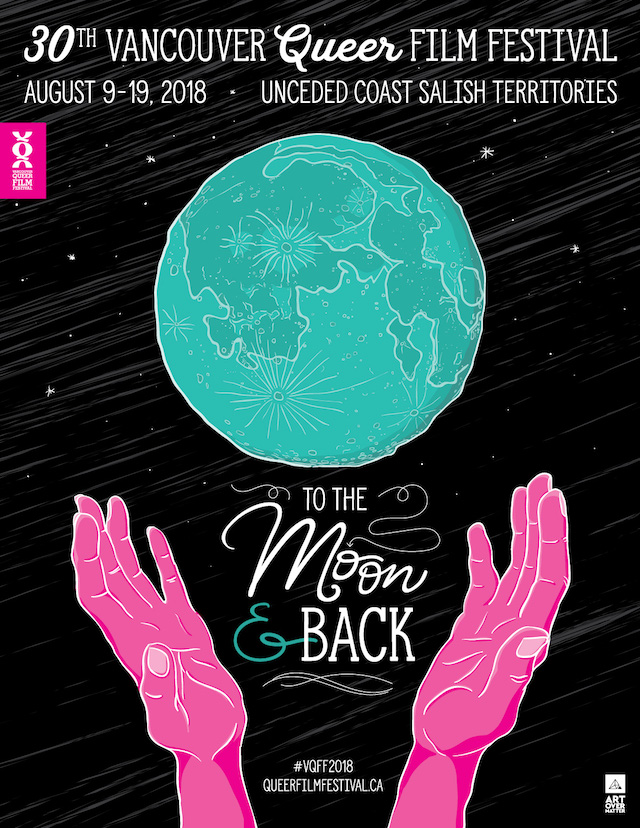 VQFF is proud to welcome Thirza Cuthand (Plains Cree & Scot) as this year’s Visiting Artist In Residence. For over 20 years, Cuthand has been producing videos that tackle issues of sexuality, madness, youth, love, and race. Her short film 2 Spirit Introductory Special $19.99 screened to acclaim at the 2017 Festival. She is this year’s winner of the Anniversary Media Art Award at the Vancouver Queer Film Festival.

VQFF 2018 opens at the Vancouver Playhouse with the Canadian premiere of Yen Tan’s 1985, a critically-observed period piece brought to life by an acclaimed cast including Cory Michael Smith, Michael Chiklis, Virginia Madsen, and Jamie Chung.

The Festival’s Centrepiece Gala Film is the dramatic comedy White Rabbit co-written by and starring comedian Vivian Bang, who takes us on the often awkward and hilarious journey of a queer Korean American performance artist struggling to be heard and seen in modern Los Angeles.

I have 3 x pairs of tickets to give away for VQFF, here’s how you can enter to win:

Follow the VQFF on Facebook and Twitter #VQFF2018 for more info. The tickets are good for any film but are subject to availability. I will draw one winner at random from all entries at 12:00pm on Friday, August 3, 2018.

Update The winner is Leanne S!