Canadian and international music icons Lights and Magic! will headline the 4th annual Richmond World Festival. Presented by Coast Capital Savings, the nationally award-winning festival will once again present a smorgasbord of music, arts, food and culture from around the globe on Friday, August 31 and Saturday, September 1 in Richmond’s Minoru Park. 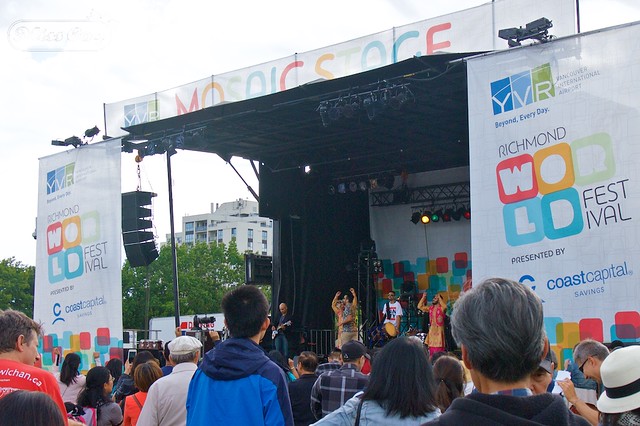 The festival will feature over 90 artists performing on 9 stages, serving up rich slices of African, Asian, North and South American, European, South Pacific and Caribbean cultures.

Other highlights include the FEASTival of Flavours with more than 50 food trucks presenting cuisines from all over the globe and the Culinary Stage featuring top local chefs. There’s also the Global Village with interactive cultural activities and performances; the Bamboo Theatre and Digital Carnival, both offering diverse and innovative performances; Africa Zone cultural pavilion, Artisan Marketplace and Imagination World at the Richmond Public Library. 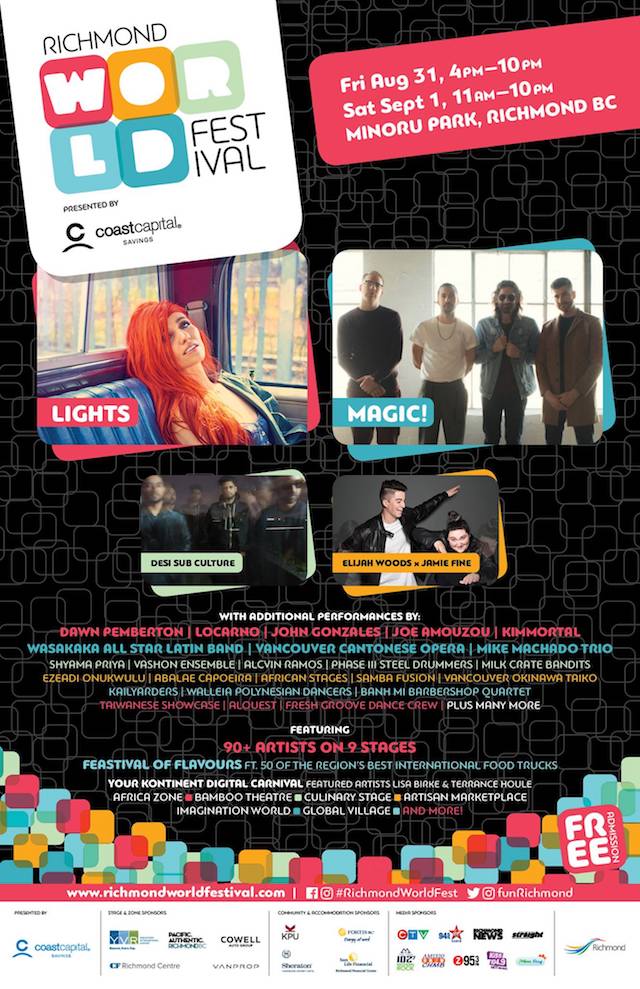 Headlining the main stage on Friday, August 31, Lights is a riveting performer and innovative songwriter. Always pushing boundaries, the alt-pop phenomenon has never shied away from a challenge. Through her first three records, Lights built an incredibly passionate fanbase, selling out tours around the world, earning 100 million U.S. streams and two JUNO Awards, not to mention the more than two million rabid fans who follow her every move online.

Magic! is a Toronto-bred, Los-Angeles-based quartet who scored the song of the summer, Rude – a buoyant reggae-pop tune that held the No. 1 spot on the Billboard Hot 100 for six weeks, charted in 41 countries, sold more than ten million singles and boasts over one billion views on VEVO. Now, Magic! is back with the smash hit Kiss Me and gearing up for the release of their next single Core and third album Love & Ego this fall.

Also performing on the main stage on September 1 will be platinum-certified up-and-coming Canadian duo Elijah Woods x Jamie Fine. Comprised of instrumentalist/composer Elijah Woods and lyricist/vocalist Jamie Fine, EWxJF are the season one/week two winner of CTV’s The Launch and second chosen artist to release a new original song (Ain’t Easy), which has garnered over 12 million streams to date worldwide.

Serving up their self-proclaimed “immigrant bass music”, Desi Sub Culture will encapsulate the spirit of the Richmond World Festival, when they hit the main stage on Friday, August 31. 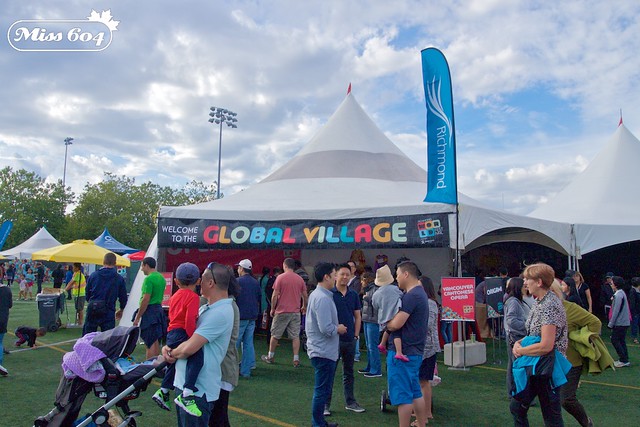 Follow the Richmond World Festival on Facebook,Instagram and Twitter for more information about this festival and more events in Richmond.

Share16
Tweet28
Share
Pin
Email
Reddit
WhatsApp
44 Shares
Current Contests on Miss604
*All contests are open to residents of Canada only, unless otherwise stated. Contest timelines are published on each individual post along with entry methods. Some contests may only be open to those 19 years of age and older. Winners are announced on the contest blog posts. Contest policy »
Comments are closed on this post
Advertisement

Also on Miss604.com
« Hitting the OpenRoad with the Hyundai Kona
Summer Camp in Stanley Park »