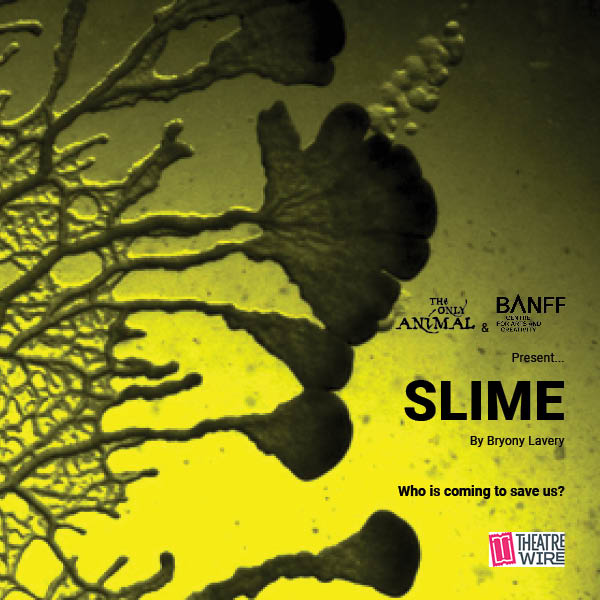 The Only Animal and Banff Centre for Arts and Creativity present World Premiere of SLIME – which tunes into the impact of humans on the ‘great animal orchestra’ – the biophony – in which we are immersed, and from which we have become dangerously disconnected by our infatuation with the sound of our own voices.

Commissioned by the Banff Centre, and penned by Bryony Lavery, the acclaimed British playwright of Tony-nominated, Frozen, SLIME is set just slightly in the future, at a climate-change conference where animals are at the table. The cast includes 100 animals, seven young animal translators, scientists and suits, and you, the audience.

Seated amongst the animal delegates, you might hear an otter swimming down an aisle, a dolphin whistling at your elbow or a sea bird speaking over your shoulder: animals too have something to say.

We come together to face an absolute threat to life on earth — an insatiable creature taking over seas called SLIME. Like other forces in our 21st century lives, facebookslime or googleslime, SLIME moves with viral force, gobbling up all available resources. Humans enabled it, but nothing can stop it. This conference is the last hope for salvation for all life forms. Except SLIME.

Win Tickets to the Theatrical World Premiere of SLIME

I have a pair of tickets to give away to opening night on June 15th, here’s how you can enter to win:

Update The winner is Harold!