The circus in general is celebrating its 250th anniversary this year but it sure has come a long way. No longer featuring animals, the circus today is about acrobatics, gymnastics, aerial displays and athleticism – especially when it comes to Circa. Australia’s answer to Cirque du Soleil, Circa is coming to Vancouver, bringing its brand of performance art to The Chan Centre on April 28th. 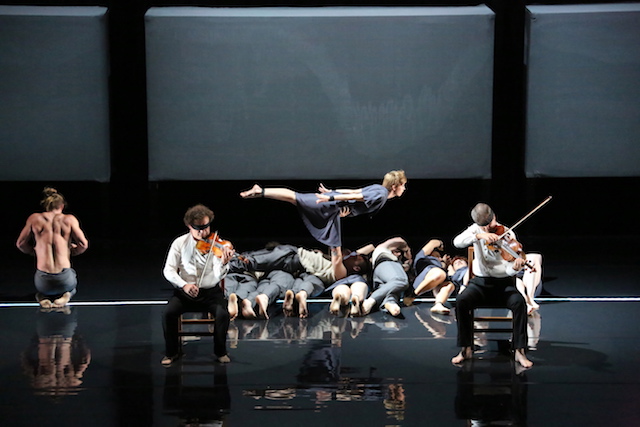 Since forming in Brisbane, Australia in 2004, Circa has become an international sensation, being called to perform in more than 35 countries. In Opus, 14 acrobats—some of whom will be suspended from the Chan Centre ceiling—will perform gravity-defying feats as they interact with the four musicians of France’s esteemed Debussy String Quartet. This genre-defying work pushes the boundaries of ‘nouveau cirque’ to the stirring music of Dmitri Shostakovich.

Described by The Guardian as “truly virtuosic,” Circa is led by Australia-based contemporary circus visionary Yaron Lifschitz. Featuring an ensemble of exceptional, multi-skilled performing artists from Australia and beyond, Circa’s award-winning works have been praised by critics for stretching the perceptions of traditional circus.

The Chan Centre has offered up a pair of tickets for a lucky Miss604 reader to see Circa: Opus. Here’s how you can enter to win:

Update The winner is Alex!

Also on Miss604.com
« 1410 BNN Bloomberg Radio Launches in Vancouver
Things to do in Vancouver This Weekend »