I always love the opportunity to get out on the waters of the Salish Sea but on a crisp October morning last year, I was particularly excited. My friend Laura and I were meeting up with San Juan Cruises at the Bellingham Alaska Ferry Terminal to board the Victoria Star, one of five vessels in the company’s fleet. We joined a group of other guests for a full day Deluxe Whale Watching Tour. 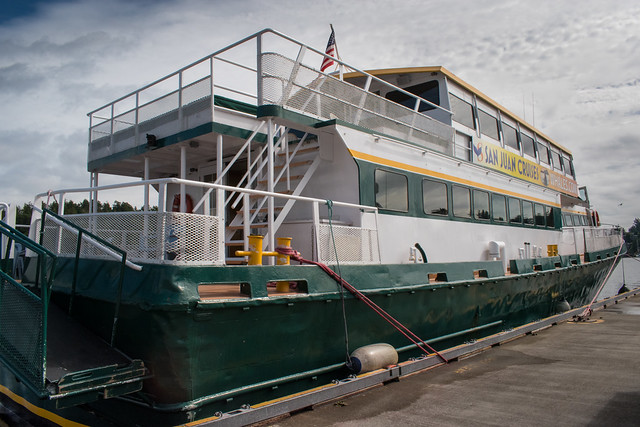 The fully narrated tour departs from Bellingham Bay, where you’ll learn about the city’s origins as you sail towards the San Juan Islands. I’m fairly familiar with their Gulf Island cousins across the border, but it was great to hear the history of Lummi Island, Sinclair Island, Blakely Island, Cypress Island, Orcas Island, Shaw Island, and Lopez Island which were all introduced as we passed by. 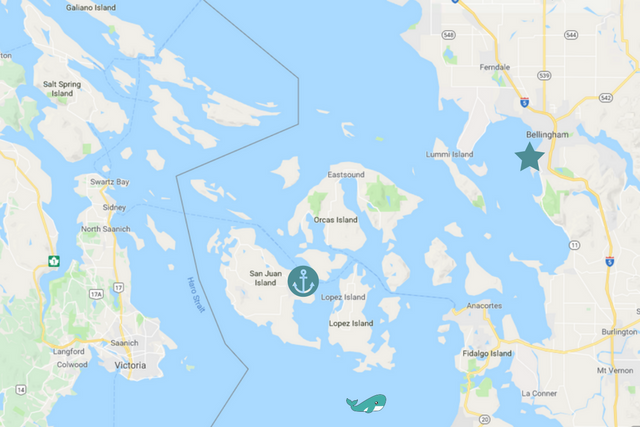 We spent the morning winding through the channels’ emerald waters, waves lapping at rocky shores of forested islands, some with their own airplane runways, and others home to cabins with well-appointed seaside patios, complete with Muskoka chairs. 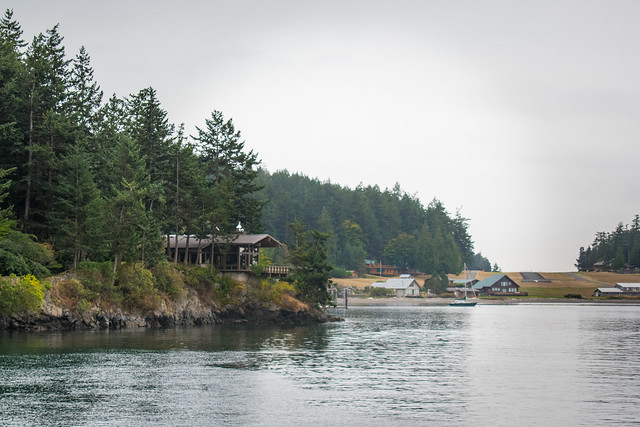 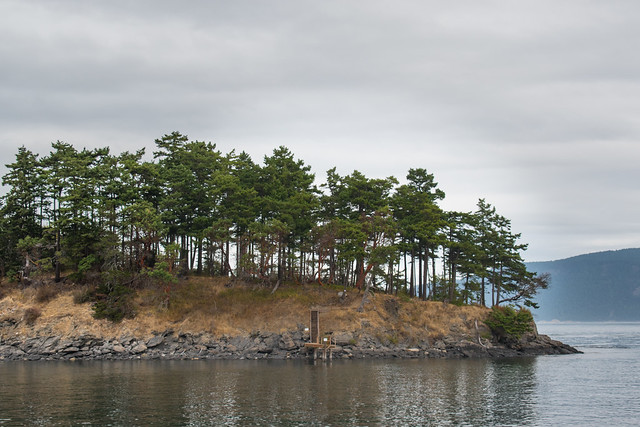 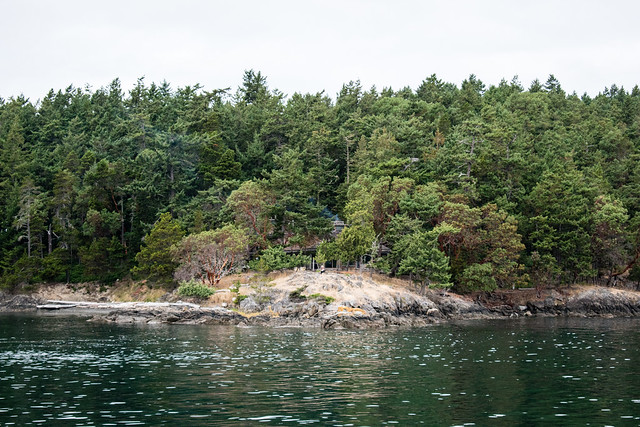 The early autumn air was cool, so while it was nice to have the option to be out on the boat’s deck chairs and cushioned benches, the lounges on both the bottom and top levels were warm and welcoming. 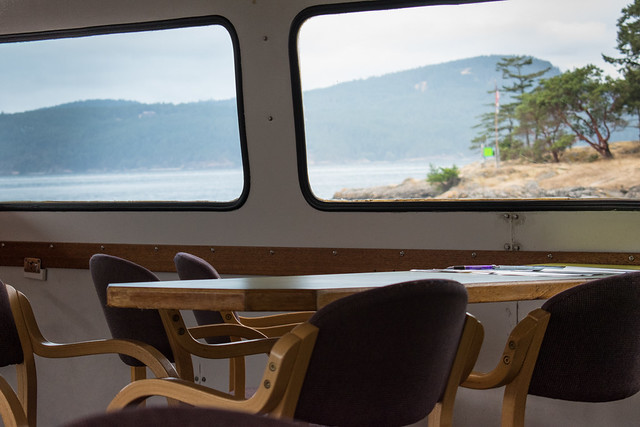 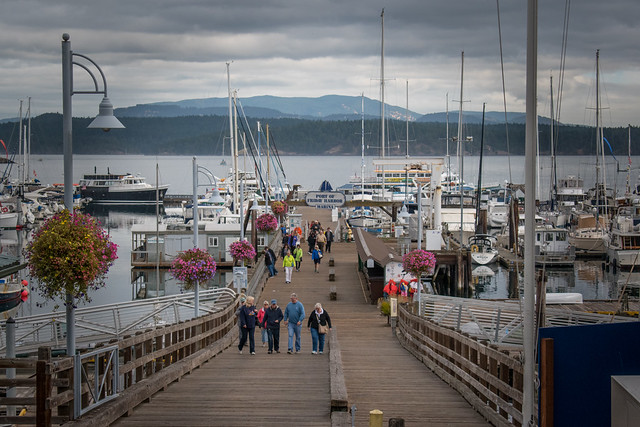 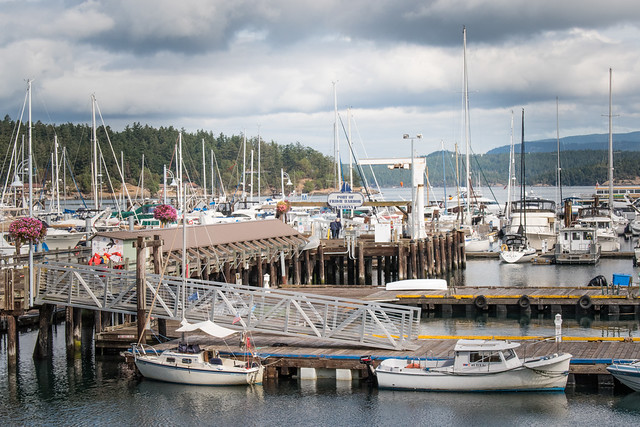 After some shopping at Griffin Bay Bookstore, the group reassembled at the Victoria Star for the second half of our journey. A salmon luncheon was served on board with veggies, rice pilaf, and some delicious little brownies. There is also a full bar on board, with water, juice, local beer and wine. Once we were well-fed, it was time to spot some whales!

A late morning fog appeared at the south end of San Juan Island and when we emerged, so did the whales. 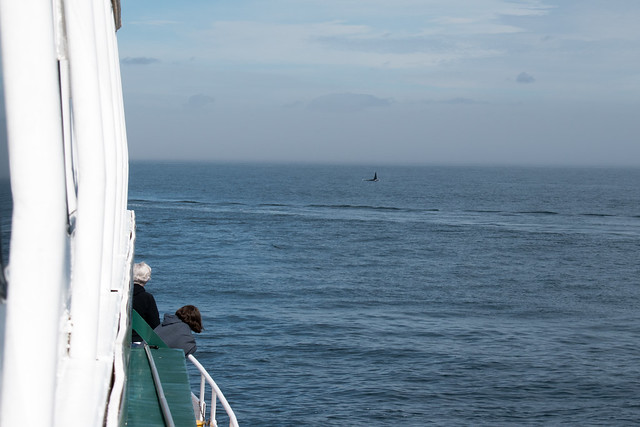 For the next few hours, we cruised and coasted around a triangle of water between San Juan Island, Port Townsend, and Fidalgo Island. We found a few orca friends from L Pod, including L41 aka Mega. 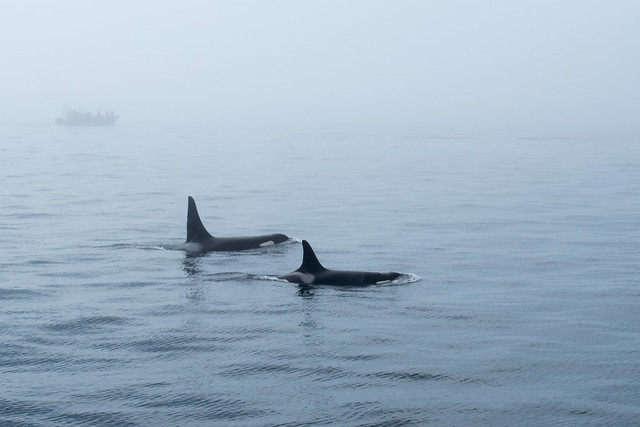 The crew was very respectful of the whales, turning engines off, and keeping their distance. I wish I had brought a longer lens to snap photos, but just being around these remarkable creatures – let alone having the chance to observe them for hours on end – was rewarding enough. 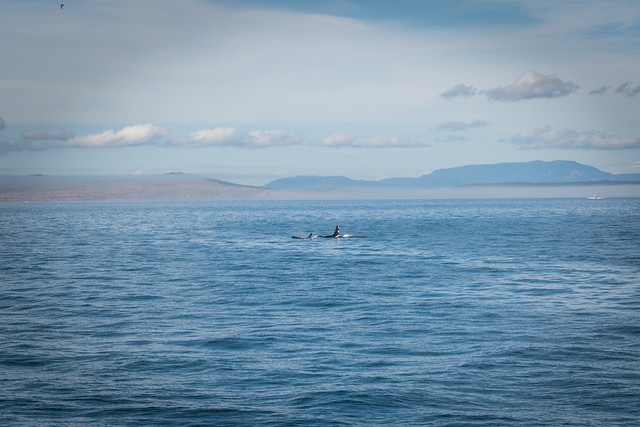 At the end of our journey, Laura and I sat at the bow of the boat as we breezed through the cluster of islands once more to return to Bellingham Bay. The sun setting behind us, it bathed this beautiful Pacific Northwest scene in front of us in a golden light. I was on the water, I was flanked by evergreen-covered island, and I saw whale. It was just an amazing day that made my Cascadian heart sing. 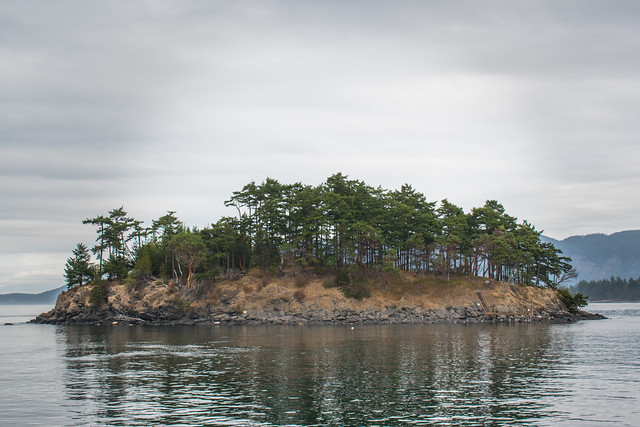 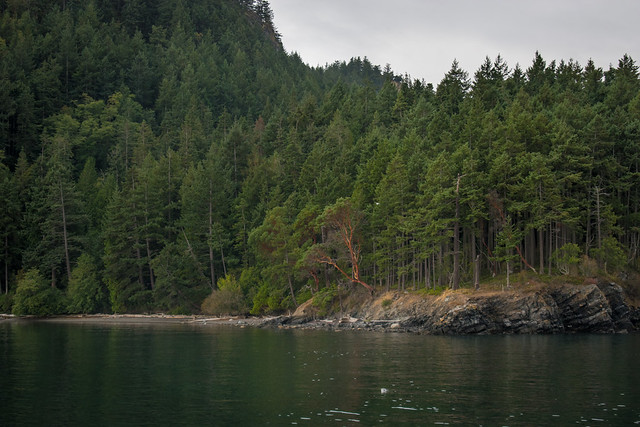 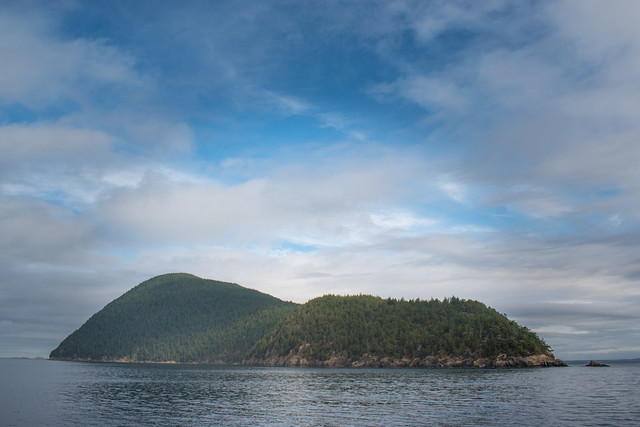 While the whales are the main attraction, I enjoyed the whole day of exploration and discovery. San Juan Cruises operates their full and half-day whale watching tours from May to September. They also have craft beer cruises, picnic cruises for families, and half a dozen more options all departing from Bellingham.

Share27
Tweet16
Share
Pin2
Email
Reddit
WhatsApp
45 Shares
Current Contests on Miss604
*All contests are open to residents of Canada only, unless otherwise stated. Contest timelines are published on each individual post along with entry methods. Some contests may only be open to those 19 years of age and older. Winners are announced on the contest blog posts. Contest policy »
Comments are closed on this post
Advertisement