The first and only thought that went through the minds of the Rio Theatre‘s team when they heard that their landlord got an offer from a developer in early 2018 was: “We have to save the building.”

Save the Rio Theatre 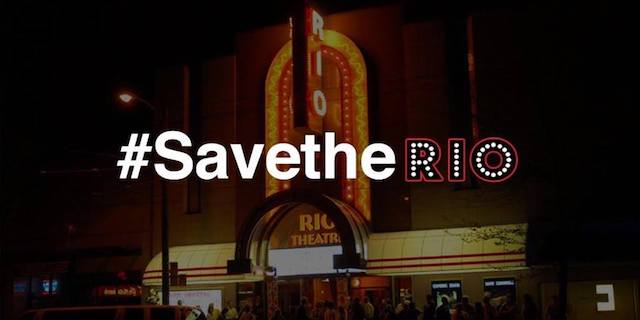 They sprung into action, launching an online campaign so they could provide a counter-offer. The community rallied, celebrities threw in their support, and over tens of thousands of online signatures, their creative offer to purchase was accepted.

Built in 1938, The Rio Theatre is a historical landmark that has become an award winning hub for independent film and live performance.

Now, the Rio Theatre has about 18 days left to raise millions of dollars.

They have setup an Indiegogo campaign with some fun and creative offers for supporters. Tax receipts will also be issued for those who donate $300 or more, through the Vancouver Art House Society, a registered non-profit BC society.

This is your chance to help save, and be a part of, Vancouver history.

There are so many ways you can support the Indiegogo campaign, with over 50 perks being offered in partnership with local businesses.

When the campaign first began, writer, director, actor and podcaster Kevin Smith generously showed his support on social media and offered to step up for the cause. Even after suffering a heart attack in late February, he is still committed to the Rio.

Kevin Smith will be hosting two sold out shows at the Rio Theatre on Friday, March 30, 2018 and I have tickets to give away to the later show at 9:30pm PLUS the perk of early entry since it is General Admission.

Update The winner is @silverselene03!