The Museum of Vancouver (“MOV”) in partnership with Haida Gwaii Museum presents a visual feast of innovation and tradition with Haida Now, a collaborative exhibition featuring an unparalleled collection of Haida art. 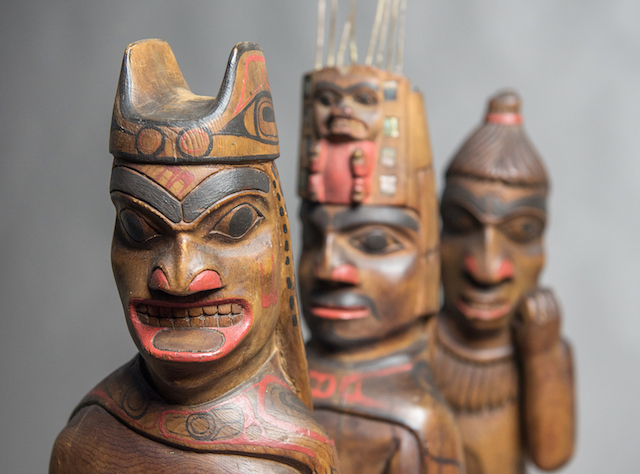 Guest curated by Haida Curator Kwiaahwah Jones in collaboration with Viviane Gosselin, Co-curator and Director of Collections & Exhibitions at MOV, the exhibition will feature more than 450 works by carvers, weavers, photographers and print makers, collected as early as the 1890s.

An impressive group of local Haida Artists will share their insights and knowledge about the collection, providing visitors with the opportunity to experience a new, powerful way to engage with the worldview and sensibility of the Haida people while gaining greater appreciation for the role museums can play in the reconciliation movement.

The Haida Gwaii Museum in Skidegate is a partner in the project with its new director, Nika Collison, playing an advisory role in regards to exhibition content and protocol. For the past two years, Haida artists and knowledge holders have visited the vaults at MOV, and have helped the curatorial team with the process of documenting these artworks.

An estimated one fifth of the Haida population—many of them artists—reside in Greater Vancouver, situated on the traditional territories of the Musqueam, Skwxwú7mesh and Tsleil-Waututh. For this reason, Haida Now also acknowledges the Haida peoples’ long-standing relationship with Coast Salish people by providing an early history of conflict that gave way to commerce, and more recently to artistic and political settlement and international coalitions.

To complement the exhibition, MOV is pleased to offer a host of public programs to further elaborate on themes of the exhibition and facilitate public conversation about the role of museums and Canadians in the reconciliation movement.

I have a family 4-pack of tickets for the MOV to give away so that you can experience Haida Now. Here’s how you can enter to win:

Update The winner is Tazim!

Also on Miss604.com
« Spring Break at the Britannia Mine Museum
Kids Can Explore Parks Canada Sites for Free »