Chor Leoni proudly opens its 4th annual VanMan Male Choral Summit with TAKE 6, the most-awarded a cappella group in history, as they enjoy their Vancouver debut, April 6th at the Queen Elizabeth Theatre. The ensemble are set to charm with their singular renditions of cherished jazz, gospel, pop and R&B favourites, including songs from their just-announced, soon-to-be-released album, ICONIC. 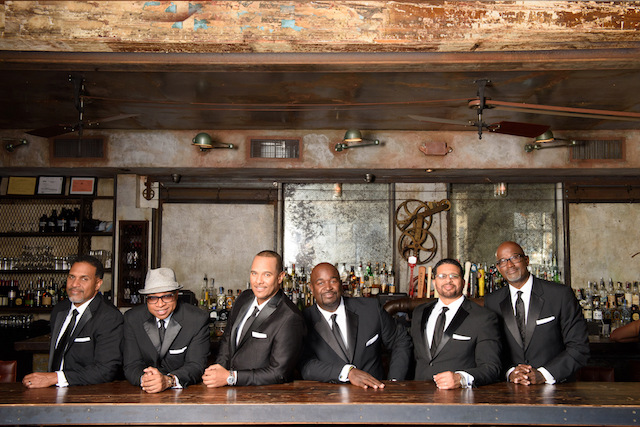 All audiences are invited to experience the harmony-rich and swoon-worthy sound of this larger-than-life, all-male sextet. From classic ballads such as Ben E. King’s Stand by Me, to chart-topping hits like Pharrell’s Happy, TAKE 6 are known to “bring the house down”.

Since they began in Huntsville, Alabama in 1980, TAKE 6 has won the hearts of fans and critics at venues across the globe, racking up a staggering 10 GRAMMY’s, 10 Dove Awards (Gospel Music Awards), Best Jazz Vocal Group honours for seven consecutive years in Downbeat’s Reader’s and Critic’s Poll, a Soul Train Music Award, and many other prestigious recognitions. In 2014, the illustrious crooners were inducted into the Gospel Music Association Hall of Fame.

With clarity and precision, swinging from tender falsetto, to lush baritone without missing a beat, Take 6 draws sold out crowds. Major artists as diverse as Stevie Wonder, Ray Charles, James Taylor, k.d. lang, and Sheryl Crow have sought these singing cavaliers out to collaborate on stage and in recordings. Called to perform on Saturday Night Live, at the Oscar’s, at the White House, and in countless other high-profile gigs, Take 6 remain in the spotlight and in high-demand.

I have a pair of tickets to give away to this performance on April 6th, here’s how you can enter to win:

Update The winner is Jeanne!