The ACT Arts Centre and The Ridge Film Studios, with the support of the City of Maple Ridge, are thrilled to present the second edition of the Maple Ridge Festival of BC Film. Highlighting films created in beautiful British Columbia, the festival is scheduled to take place at The ACT Arts Centre during the last weekend of March.

Maple Ridge Festival of BC Film 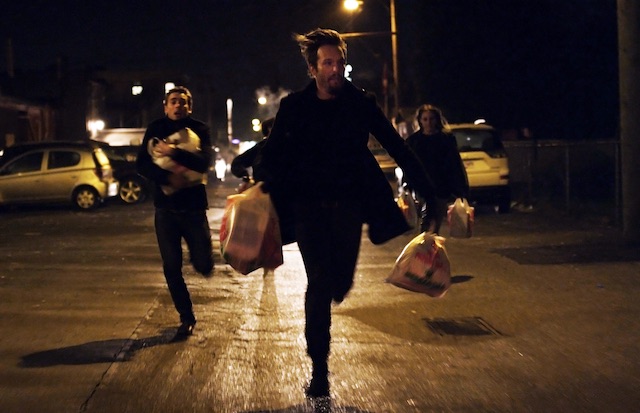 The Maple Ridge Festival of BC Film kicks off with an Opening Reception on Friday, March 23 at 6:30pm and features a total of six shorts, four feature films, and one documentary over the course of three days.

Short Film: No Reservations
2017 | Comedy | Filmed in Maple Ridge
Director: Trevor Carroll | Starring: Lorne Cardinal, Bradley Duffy, & Denise Jones
Synopsis: When Peter and Marilyn Whiteman’s peaceful existence is uprooted by an unforgiving yet jovial corporation, they take matters into their own hands to stop the disruptive installation of a pipeline underneath their house.

SATURDAY, MARCH 24 at 5:00pm
Feature Film: Primary
2014 | Thriller | Filmed in Vancouver
Director: Ross Ferguson| Starring: Dustin Milligan, Michael Eklund, & Katharine Isabelle
Synopsis: An insurance executive, seen simultaneously in the future and in the present, is betrayed and left penniless, and then must battle his closest friends to try to gain back his life.

SUNDAY, MARCH 25 at 5:00pm
Feature Film: Hello Destroyer
2017 | Drama | Filmed in Prince George & Vancouver
Director: Kevan Funk | Starring: Sara Canning, Ian Tracey, & Jared Abrahamson
Synopsis: A young junior hockey player’s life is shattered by an in-game act of violence. In an instant, his life is abruptly turned upside down; torn from the fraternity of the team and the coinciding position of prominence, he is cast as a pariah and ostracized from the community. As he struggles with the repercussions of the event, desperate to find a means of reconciliation and a sense of identity, his personal journey ends up illuminating troubling systemic issues around violence.

Short Film: Send Us Smokes
2017 | Fantasy | Filmed in New Westminster & Mission
Director: Michelle Kee | Starring: Sara Canning, Matthew MacCaull, & Ada Jones-Kuranko
Synopsis: When 7-year-old Adelaide finds that the care package of cigarettes she prepared for her father won’t be delivered to him, as he serves on the front lines of World War I, she decides to embark on a fantastic adventure to take it to him herself.

I have a pair of passes to give away ($100 value) that will give one lucky winner at their guest access to all films throughout the 3 day festival, plus the opening reception. Here’s how you can enter to win:

Share18
Tweet70
Share
Pin2
Email
Reddit
WhatsApp
90 Shares
Current Contests on Miss604
*All contests are open to residents of Canada only, unless otherwise stated. Contest timelines are published on each individual post along with entry methods. Some contests may only be open to those 19 years of age and older. Winners are announced on the contest blog posts. Contest policy »