Earlier this week I walked past Roedde House Museum, at Barclay Square in the West End, and realized that it would outlive the towering Empire Landmark Hotel behind it.

The 42 storey Landmark tower, completed in 1973, is being demolished and will be replaced by two residential towers (31 and 32 storeys). In a city where history is seemingly being bulldozed daily, I took a moment to pause and appreciate fair Roedde House (built in 1893) and the city it has lived to see grow up, fall down, and be built back up around it. 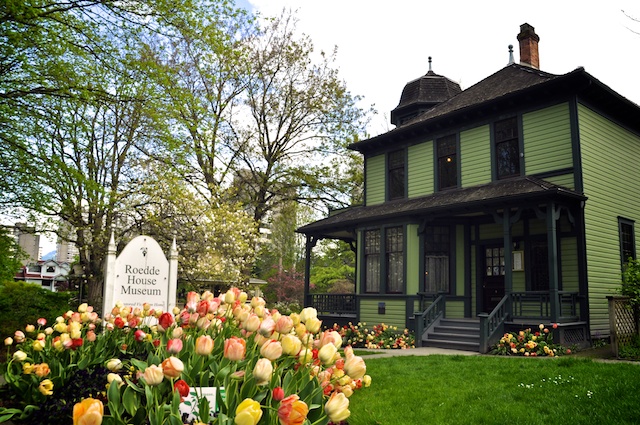 “Gustav and Matilda Roedde settled in Vancouver, British Columbia, in 1888. He became Vancouver’s first bookbinder while working for the News Herald Newspaper. In 1890 Gustav opened the his own bookbinding business as G.A Roedde Bookbinders and by 1893 was successful enough to afford to build a house in the new West End neighbourhood. Roedde House, attributed to famed architect Francis Rattenbury, is a City of Vancouver-designated Class A Heritage House.” 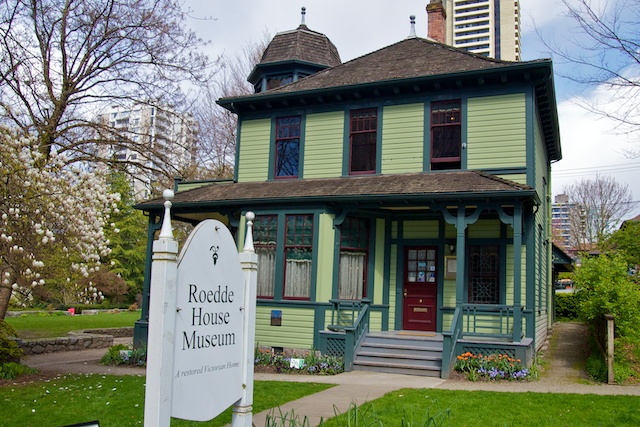 If the name Rattenbury sounds familiar, it’s because he also designed the Vancouver Art Gallery (our former Court House) as well as Victoria’s Parliament Buildings and The Fairmont Empress Hotel. 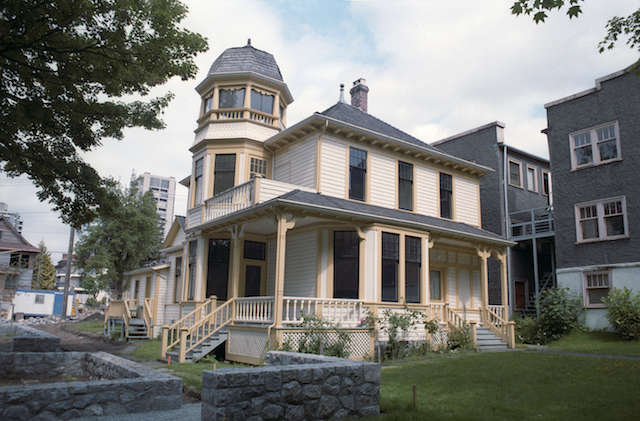 “Since 1990, the Roedde House Preservation Society has taken painstaking care to restore and furnish the house to reflect the ambience of late Victorian family life.” 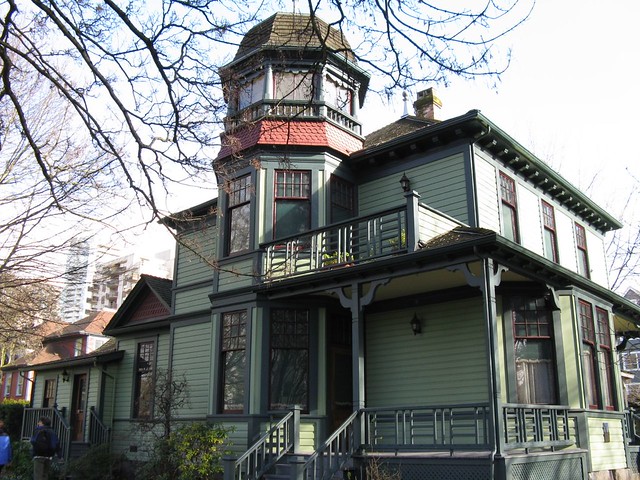 The museum is open daily (closed Mondays and Saturdays in the winter) and guided tours are just $5 and memberships are just $15 a year (individual) or $25 (family). Memberships include unlimited visits, discounts, and much more. Proceeds help the house operate as a museum, a venue for music and entertainment, and as a rental facility for small receptions. They also have a school program and an online collection of artifacts. 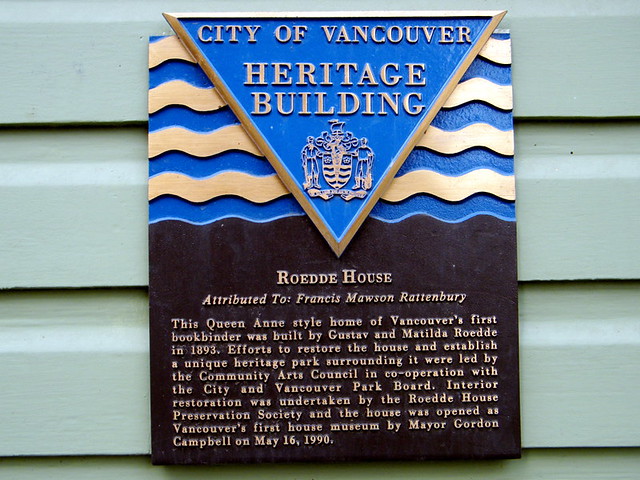 Check out some of the upcoming tours and concerts at Roedde House:

Also on Miss604.com
« Lila Downs at the Chan Centre, Win Tickets
Discounts for Seniors in BC »