This post has been contributed by Ben Hill, Communications Volunteer with the Stanley Park Ecology Society (“SPES”). 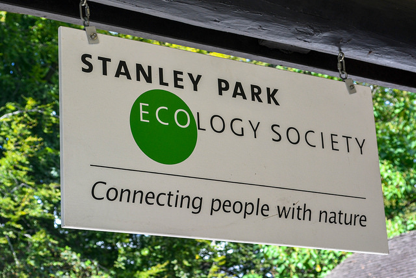 The Western red cedar can grow more than 25cm in a year; in 30 years a tiny sapling may become a great tree. On February 5, 2018, Stanley Park Ecology Society celebrated its 30th birthday marking 30 years of education and conservation in Stanley Park. Akin to those great cedars, we’ve come a long way…

Thirty years ago in 1988, a group of ecologists joined forces to try and enhance facilities at the ageing Stanley Park zoo, which had existed since the early 20th Century. The penguins, wolves and polar bears were still a major tourist attraction, but their accommodation was outdated. 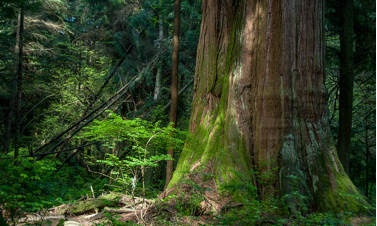 The newly formed Stanley Park Zoological Society soon expanded its work from captive animals to conservation programs for wild species like bats, and to urban wildlife management. In 1993 Vancouver residents voted to close the zoo, meaning that the Society could focus its efforts on conserving the Park’s habitat. With the newly refurbished Nature House as a base, the Zoological Society was rebranded as the Stanley Park Ecology Society in 1995.

While the Ecology Society worked on important projects like public education and monitoring of the Park’s Pacific great blue heron colony, it took the 2006 windstorm to really make people appreciate how vulnerable the Park’s landscape really is. The loss of 10,000 trees and the massive restoration effort following the storm required the kind of expertise that SPES could provide. 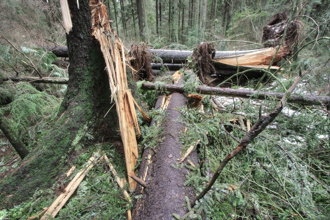 The Society produced reports on the Park’s ecologically sensitive areas, planned ecological recovery and even steered the logging machines around areas where they would put breeding birds at risk.

The shock of that event and the work of SPES, the Park Board and a host of other stakeholders paved the way for a more thorough and scientific approach to preserving Stanley Park.

In the last ten years SPES has taken the lead in innovative conservation projects to remove invasive species, restore the Park’s threatened waterways and put in place plans to protect the most threatened species. Our school programs, which started out as a way to interpret the natural history of the captive animals to young people, are now tied closely to the provincial curriculum reaching over 5000 students annually. And our public education programs have expanded in scope and direction to include unique offerings like taxidermy preparation, Indigenous plant walks and brewing bitters from native plants!

Conservation has come a long way in the last 30 years but there is still a huge amount that we need to do. The popularity of the Park means the environment is under constant pressure from human use, invasive species remain a threat, and the impacts of climate change are still not fully understood. Over the next 30 years, SPES will continue to advocate for a collaborative and scientifically sound approach to conserving this world renowned park for generations to come. Join us!