In honour of its 10th anniversary, Zee Zee Theatre proudly presents the remount of its heartrending masterwork My Funny Valentine at The Dance Centre. Hailed as “exceptionally beautiful” (Vancouver Courier), this three-time Jessie-nominated one-man show was created in response to the tragic 2008 murder of Lawrence King, a 15-year-old shot by his male classmate after asking him to be his valentine. In a series of profoundly moving monologues, Vancouver actor Conor Wylie will take audiences through the minds of those caught in the aftermath of an unspeakable hate crime. 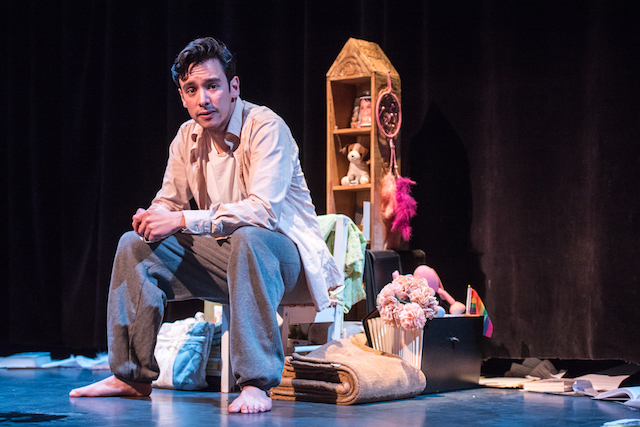 The murder of Lawrence King is widely acknowledged as one of the most prominent gay hate crimes since the 1998 killing of Matthew Shepard. Brandon McInerney was just 14 years old when he shot and killed King in their Oxnard, California junior high school on February 12, 2008. King reportedly asked McInerney to be his Valentine in the days leading up to the incident. King passed away two days later – on Valentine’s Day.

Penned by award-winning Vancouver playwright Dave Deveau, My Funny Valentine was written in the form of several monologues to be heard in the voices of teachers, students, parents, and community members who find themselves caught in the orbit of King’s death. Each one offers poignant and probing reflections on the hate crime, collectively forming a nuanced and diverse tapestry of a community in mourning.

Following its 2011 premiere, My Funny Valentine was honoured with the Sydney Risk Prize for Outstanding Original Script by an Emerging Playwright. Its European debut garnered it a nomination for Ireland’s prestigious Oscar Wilde Award for ‘Best Writing.

I have a pair of tickets to give away for opening night of My Funny Valentine on February 8th. Here’s how you can enter to win:

Update The winner is Fanny!

Also on Miss604.com
« Wedding Shows in Vancouver and the Fraser Valley
Send a CandyGram with A Loving Spoonful »