Bringing the weird and wonderful world of Mr. Robert Ripley to British Columbia, beginning January 25, TELUS World of Science is hosting the celebrated travelling exhibition, The Science of Ripley’s Believe It or Not! Featuring the curious collections of the extraodinary explorer, the exhibition reveals how science can unlock secrets and explain the unexplainable. The exhibition is presented by Save-On-Foods and will be open until April 22, 2018.

The Science Of Ripley’s Believe It or Not! 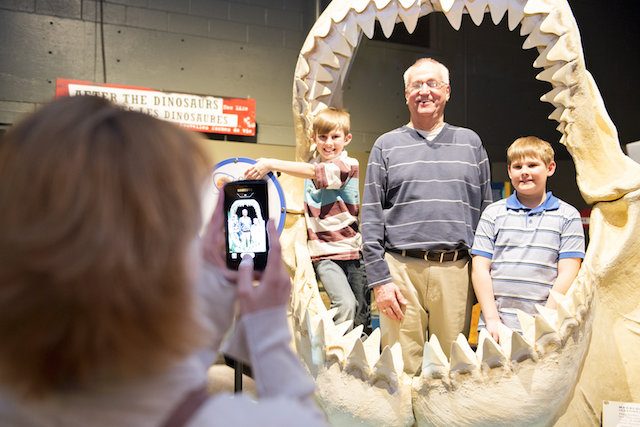 Pose for a photo while standing within the massive jaws of a megalodon shark, an extinct species that was the largest predatory shark to have ever lived.

An adventure through the remarkable realms of scientific discoveries, The Science of Ripley’s Believe It or Not! includes real artifacts, experiments, touchable specimens, along with computer interactive and multimedia experiences. Visitors will have the opportunity to learn about some of the most extreme animals that have ever lived, dive into the complexities of human biology and marvel at the seemingly impossible collection of remarkable objects that Mr. Ripley collected as he travelled the world.

The Science of Ripley’s Believe It or Not! welcomes visitors to explore the wonders of science and nature through themed zones, including:

The Wonderful World of Ripley: Discover the extraordinary world of Mr Robert Ripley, an adventurer who travelled the world collecting artifacts and stories from the remarkable people and places he encountered.

Weird World—Past and Present: From geologic formations such as gigantic mineral crystals, to exploding killer lakes, uncover the scientific explanation behind every wonder of the natural world.

Cultural Practices: Investigate extraordinary body modification techniques practiced by cultures around the world and how these aesthetic changes affect the functioning of the human body.

Perceptions and Illusions: Learn how illusions exploit the way our brains process sensory information to turn them into images or sounds we can comprehend, impacting how we perceive the world around us.

I have a 4 pack of tickets to give away to The Science of Ripley’s Believe It or Not! here’s how you can enter to win:

[clickToTweet tweet=”RT to enter to win 4 tickets to The Science of Ripley’s Believe It or Not! at @scienceworldca http://ow.ly/qJYO30hXesB” quote=” Click to enter via Twitter” theme=”style6″]

I will draw one winner at random from all entries at 12:00pm on Monday, January 29, 2018. Follow Science World on Twitter and Facebook for the latest event information.

Update The winner is Bernadine!

Also on Miss604.com
« Win a Getaway to the 2018 Victoria Film Festival
Barenaked Ladies to be Inducted Into Canadian Music Hall of Fame at 2018 JUNO Awards »